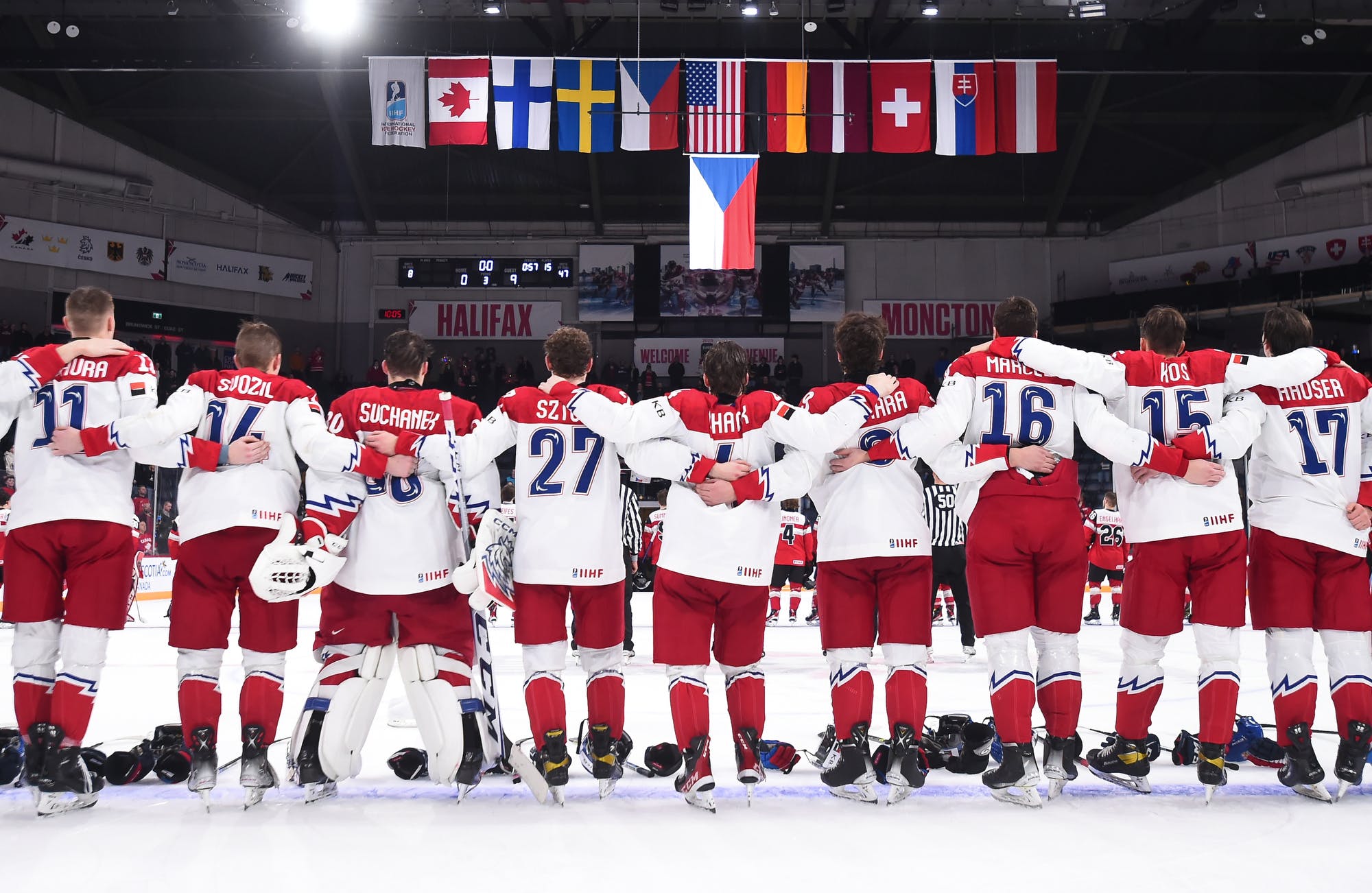 By Mike Gould
29 days ago
Calgary Flames prospect Topi Ronni is still searching for his first shot on goal at the 2023 IIHF World Junior Championship — and we’re pretty sure William Stromgren is, too, although it’s not for certain.
According to the IIHF’s official stat-keeping, Stromgren sat on the bench as Team Sweden’s unused extra forward for the entirety of their nail-biting 1–0 win over Team Germany on Tuesday. The Flames’ 2021 second-round pick logged exactly zero minutes and zero seconds in the game, per the boxscore, but also, somehow, received credit for one shot on goal.
How this is possible, we’re not too sure — maybe Stromgren threw a puck at the net from the bench? — but it almost certainly boils down to a data error on the IIHF’s end. Nevertheless, it doesn’t bode particularly well that Stromgren isn’t getting regular shifts (or, in this case, any at all) against the likes of Austria and Germany as a D+2 player.
Adam Engstrom (MTL) scored the only goal of the hockey game at the 19:38 mark of the first period, with Filip Bystedt (SJ) picking up the lone assist. In stark contrast to their 11–0 demolition of Austria on Monday, the Swedes struggled to solve German goaltender Nikita Quapp (NJ) despite outshooting their opponents 44–28.
Ronni did play for the Finns in their 5–2 victory over Slovakia on Tuesday, albeit in the same depth role he occupied in the game against Switzerland on Boxing Day. He logged 12:03, finished with a +1 rating, and went 3-for-5 in the faceoff dot against the Slovaks.
While Stromgren is in his last year of World Junior eligibility with the Swedes, Ronni has the advantage of being both an ’04-born player and a big centre. He’ll be back next year, most likely in a much bigger role. For now, he’s in the back seat as Brad Lambert (WPG), Jani Nyman (SEA), and Joakim Kemell (NSH) lead the way for Finland (all three scored on Tuesday).
Also on Tuesday: Switzerland remained undefeated (!!!) with a thrilling 3–2 shootout win over Latvia. Neither team has many NHL prospects but it’s worth taking note of Latvia’s Dans Locmelis (BOS) scoring both in regulation and on his penalty shot.
But the big story was Czechia rolling over Austria to the tune of a 9–0 final score. Jiri Kulich (BUF) netted a hat trick while Matyas Sapovaliv (VGK) strung together a quartet of assists to help the Czechs build upon their shocking 5–2 win over Team Canada on Monday.
After two four-game days to open the tournament, Wednesday’s slate of games is smaller but no less sweet. Both Canada and the United States will come into the day’s action as heavy favourites in their respective games against Germany and Slovakia.
Day 2 Results
Team Finland 5 vs. Team Slovakia 2
Team Germany 0 vs. Team Sweden 1
Team Switzerland 3 vs. Team Latvia 2 (SO)
Team Austria 0 vs. Team Czechia 9
Day 3 Games
Team Slovakia vs. Team USA
Team Canada vs. Team Germany
News
Recent articles from Mike Gould