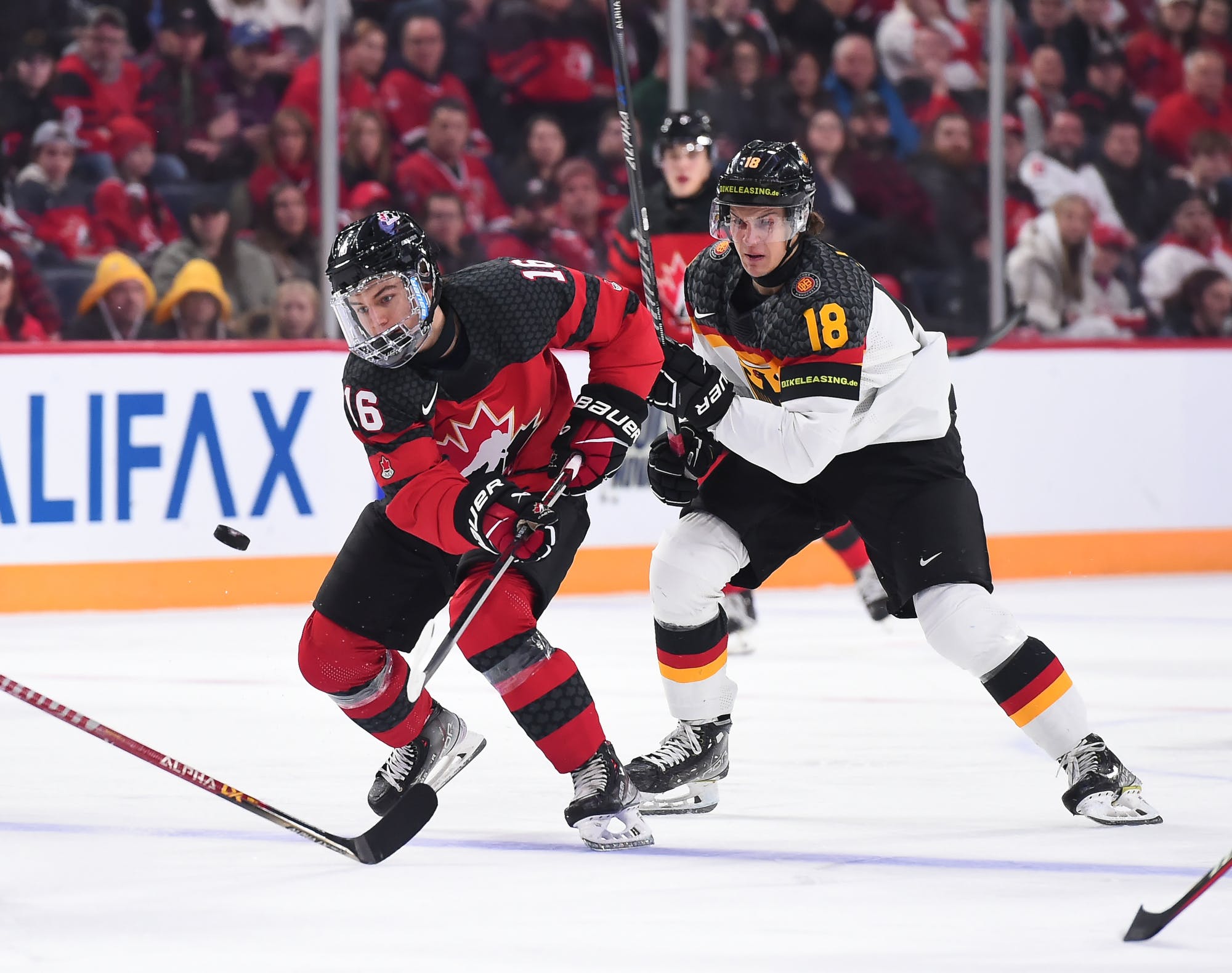 By Mike Gould
28 days ago
After losing to the Czechs in concerning fashion on Boxing Day, Team Canada pulled no punches in its subsequent game against Germany at the 2023 IIHF World Junior Championship on Wednesday.
Powered by a record-tying seven-point performance from 2023 NHL Draft-eligible phenom Connor Bedard, the Canadians rolled over Team Germany by an 11–2 score at Scotiabank Centre in Halifax.
Bedard tied the Team Canada record for the most points in a single World Junior game with three goals and four assists. Fittingly, he was named the top Canadian player of the game (and was serenaded with “MVP” chants) after his superstar performance.
Bedard scored two points in the first period, four in the second, and one in the third against Germany. And he wasn’t the only Team Canada forward to come through with a big outing.
Dylan Guenther (AZ), who was quoted after Canada’s opening loss as saying the team wouldn’t “Michigan” its way to the final, backed up his talk with a hat trick of his own. Logan Stankoven (DAL), who the Flames memorably passed on at the 2021 NHL Draft, picked up a goal and two assists, while defenceman Olen Zellweger (ANA) recorded a trio of helpers.
Instead, it was Team USA’s turn to suffer a disappointing defeat on Thursday. The Americans fell 6–3 to the surprising Slovaks, wasting a two-goal effort from 2021 No. 10 pick Tyler Boucher (OTT) in the loss.
Team USA outshot Slovakia 36–26 in the game but couldn’t get saves when it mattered most in the second period. They blew a 2–1 lead by allowing three consecutive goals in the second period and one more to start the third, falling into a hole they couldn’t escape.
Simon Nemec (NJ) led the way for Slovakia with three assists and a staggering 25:31 TOI in the game. The 2022 No. 2 pick finished with a +4 rating. For the Americans, Cutter Gauthier (PHI) finished with a pair of helpers in the defeat.
Day 3 Results
Team Slovakia 6 vs. Team USA 3
Team Canada 11 vs. Team Germany 2
Day 4 Games
Team Latvia vs. Team Finland
Team Sweden vs. Team Czechia
Team USA vs. Team Switzerland
Team Austria vs. Team Canada
News
Recent articles from Mike Gould