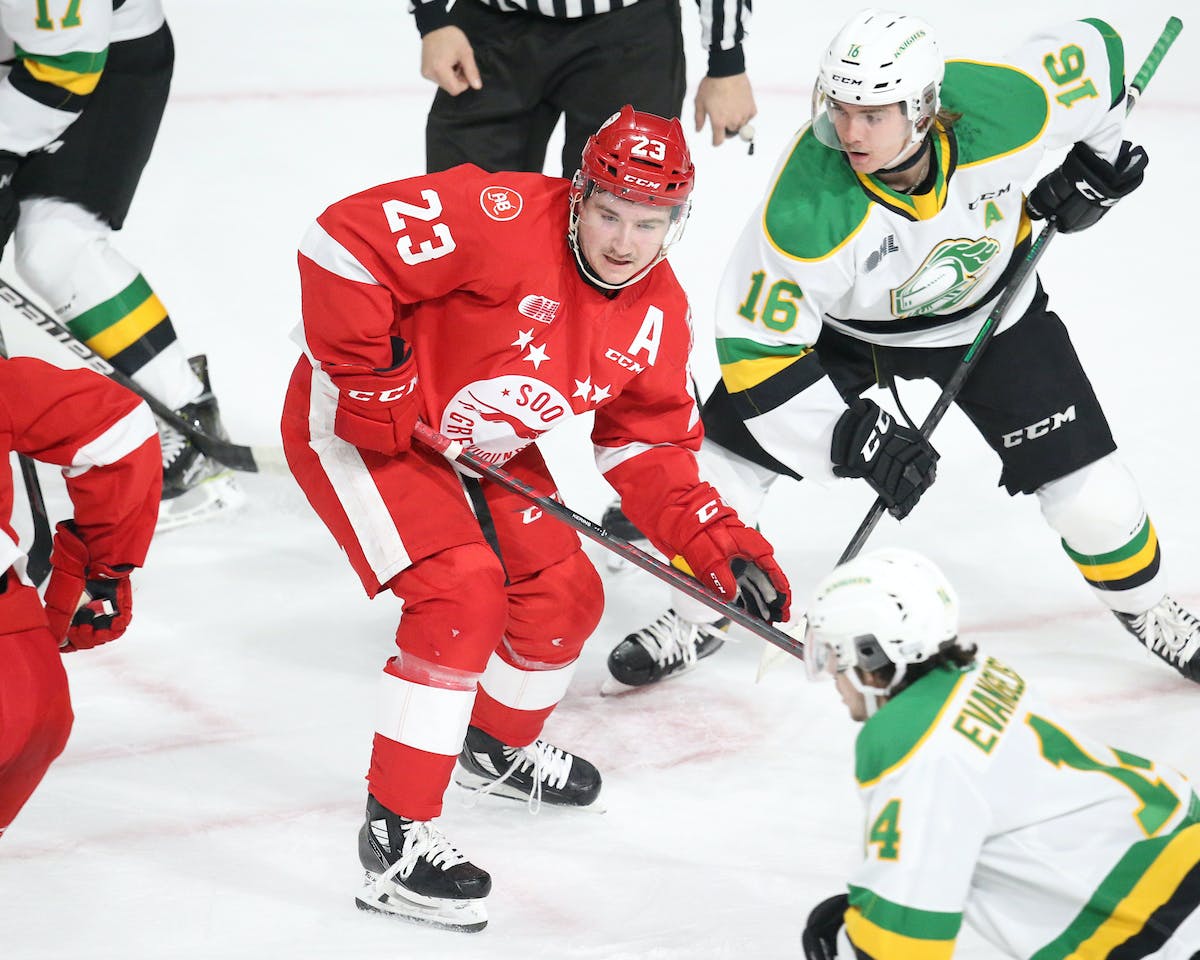 By Ryan Pike
27 days ago
On Saturday, the Calgary Flames called up Jakob Pelletier and Walker Duehr from the American Hockey League’s Calgary Wranglers. But now missing two of their top forwards, the Wranglers made some roster moves to fill in those gaps. The Wranglers have called up forwards Rory Kerins, Ilya Nikolaev and Matt Marcinew from the ECHL’s Rapid City Rush.
Kerins, 20, was the Flames’ sixth-round pick in the 2020 NHL Draft and is in the first season on his entry-level deal. He’s spent most of the season in the ECHL because the Wranglers have so many forwards on their roster (and it’s better for Kerins to get a bunch of ice time in the ECHL rather than spot duty in the AHL), but he’s been quite good for the Rush. He has 27 points in 26 ECHL games, along with two points in five AHL games.
Nikolaev, 21, was the Flames’ third-round pick in the 2019 NHL Draft and is in the first season on his ELC. He’s also spent most of the season in the ECHL, where he has 25 points in 29 games. He’s been called up a few times by the Wranglers but has yet to dress.
Marcinew, 29, is a Calgary kid that was signed by the Wranglers to an AHL deal this fall, but has spent all of his season so far with Rapid City. He’s been really productive in the ECHL, with 37 points in 33 games. So far in his pro career he’s established, at the very least, that he’s a productive ECHL scorer.
If nothing else, the trio of recalls give the Wranglers a bit of depth and help to guard against any bumps, bruises or minor injuries their players may be working through right now.
The Wranglers are back in action on Sunday afternoon when they host the Bakersfield Condors at the ‘Dome.
News
Recent articles from Ryan Pike