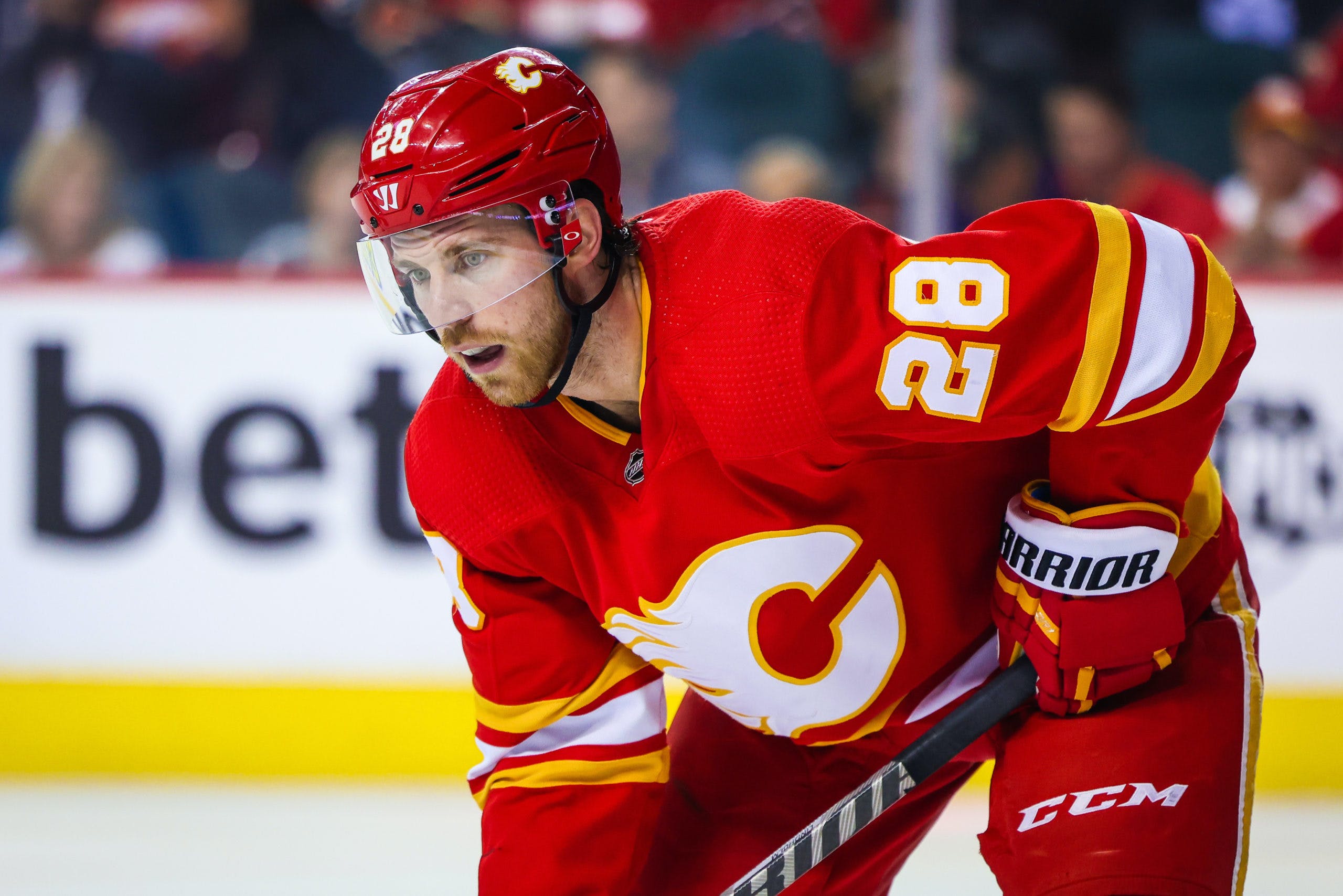 Photo credit: Sergei Belski-USA TODAY Sports
By Mike Gould
7 months ago
Comments
Calgary Flames forward Elias Lindholm is officially a 40-goal scorer!
The Swedish centre reached the milestone with a power-play goal early in the second period of Saturday’s game against the Vancouver Canucks.
After taking a slick pass from @Johnny Gaudreau at the top of the right face-off circle, Lindholm unleashed a rocket of a wrist shot that sailed over the glove of Canucks goaltender @Thatcher Demko.
@Noah Hanifin also picked up an assist on Lindholm’s 40th goal of the season, which came just 2:44 into the middle frame on Saturday.

With his helper on the goal, @Johnny Gaudreau became the third player in Flames franchise history to reach the 110-point mark in a single season.
Advertisement
Ad
Advertisement
Ad
Gaudreau has now tied Joe Mullen for second on the franchise’s single-season points leaderboard; both players trail only Kent Nilsson, who scored a whopping 131 points during the team’s first season in Calgary.

With another assist, Johnny Gaudreau is up to 110 points. Now tied for the second highest single season total in franchise history.

Also his 72nd assist, third most in team history. #Flames

Lindholm became the second member of the Flames to score 40 goals this season, joining @Matthew Tkachuk as one of 12 NHL players to reach that plateau.
Prior to this season, the Flames last boasted multiple 40-goal scorers back in 1993–94, when Gary Roberts hit 41 and both Theoren Fleury and Robert Reichel netted exactly 40.
Advertisement
Ad
Advertisement
Ad