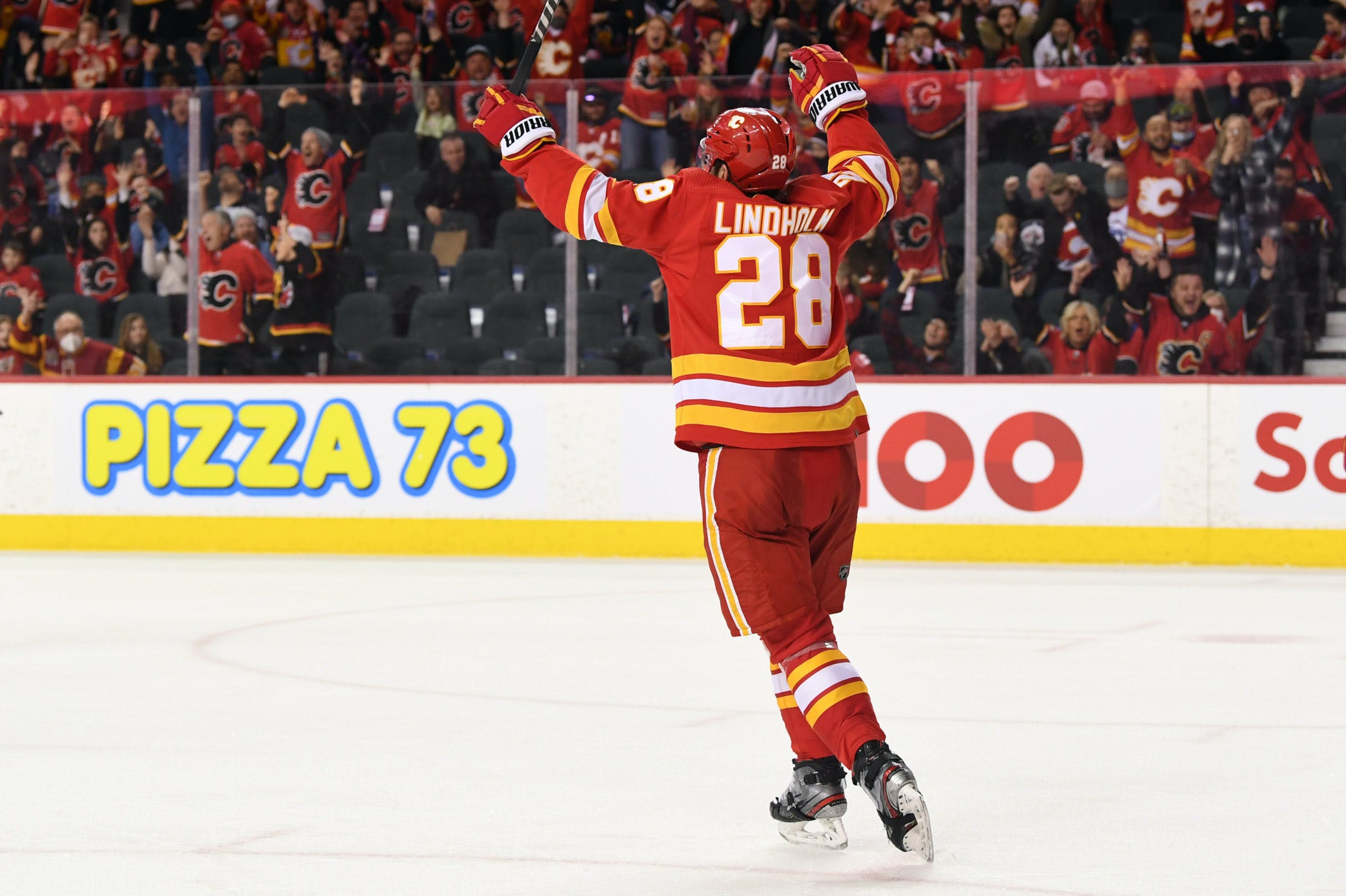 Photo credit: Candice Ward-USA TODAY Sports
By Mike Gould
11 months ago
Comments
Calgary Flames forward @Elias Lindholm is red-hot.
On the heels of being named the National Hockey League’s first star of the week, Lindholm scored the go-ahead goal with 43 seconds remaining in the third period of Monday’s game against the Winnipeg Jets.
Lindholm extended his personal goal-scoring streak to eight games on the play, tying Kent Nilsson and Gary Roberts for the Flames franchise record.

Wow. 43 seconds left. Elias Lindholm in the record books. He scores for an eighth straight game to tie a franchise record.

While it was his first goal of the game on the official scoresheet, it was Lindholm’s second time putting the puck past Jets goaltender @Connor Hellebuyck.
With the score tied 1–1 during the second period, Lindholm swatted a deflected pass by @Matthew Tkachuk into a yawning cage. @Oliver Kylington would have picked up the secondary assist on the goal … except it was called back on a challenge after the officials determined the play was barely offside.
Advertisement
Ad
Advertisement
Ad
The Jets also elected to challenge Lindholm’s go-ahead marker in the third period, this time claiming the Flames had interfered with Hellebuyck prior to the goal. This time, the officials ruled in Calgary’s favour.

@Johnny Gaudreau picked up the lone helper on Lindholm’s 23rd goal of the season (and his ninth in his last eight games), which gave the Flames a late 2–1 lead.
@Sean Monahan and @Tyler Toffoli also scored for the Flames’ in Monday’s 3–1 win. @Jacob Markstrom made 22 saves to secure the 30th win of the season for his team (and his 23rd victory of the year). The Flames outshot the Jets 31–23.
Riding a 10-game win streak (tied for the longest in franchise history), the 30–13–6 Flames will return to action in Vancouver on Thursday to take on the 23–22–6 Canucks.
Advertisement
Ad
Advertisement
Ad