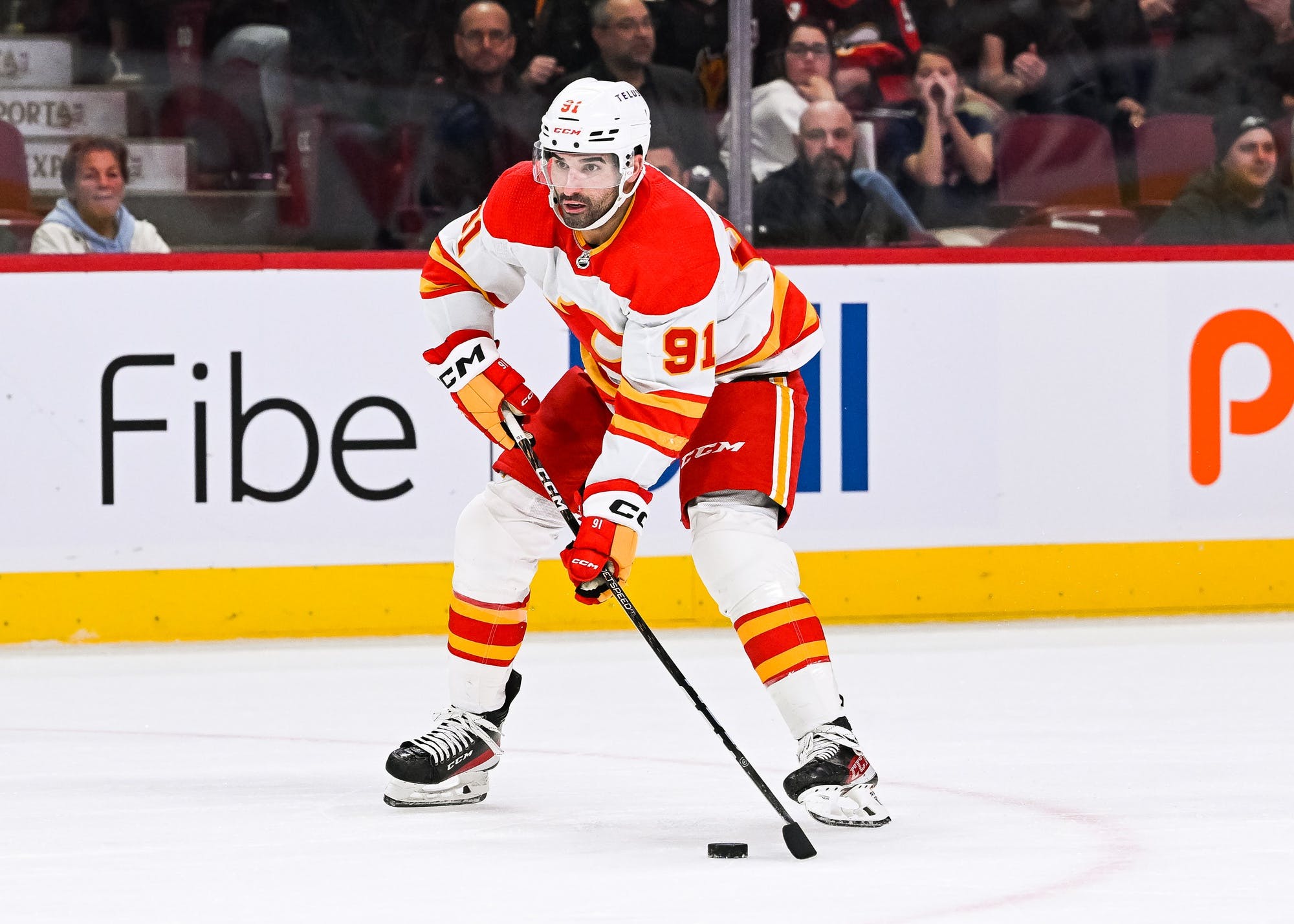 Photo credit: David Kirouac-USA TODAY Sports
By Mike Gould
28 days ago
Comments
The National Hockey League has selected Nazem Kadri to represent the Calgary Flames at the 2023 NHL All-Star Game in Sunrise, Florida.
Kadri will wear the “Flaming C” at the All-Star Skills Competition at FLA Live Arena on February 3 before skating for Team Pacific in the divisional 3-on-3 tournament the following day.
Through 39 games with the Flames this season, Kadri ranks second on the team with 14 goals and third with 29 points. He joined the Flames last summer on a seven-year contract with a $7 million annual cap hit.