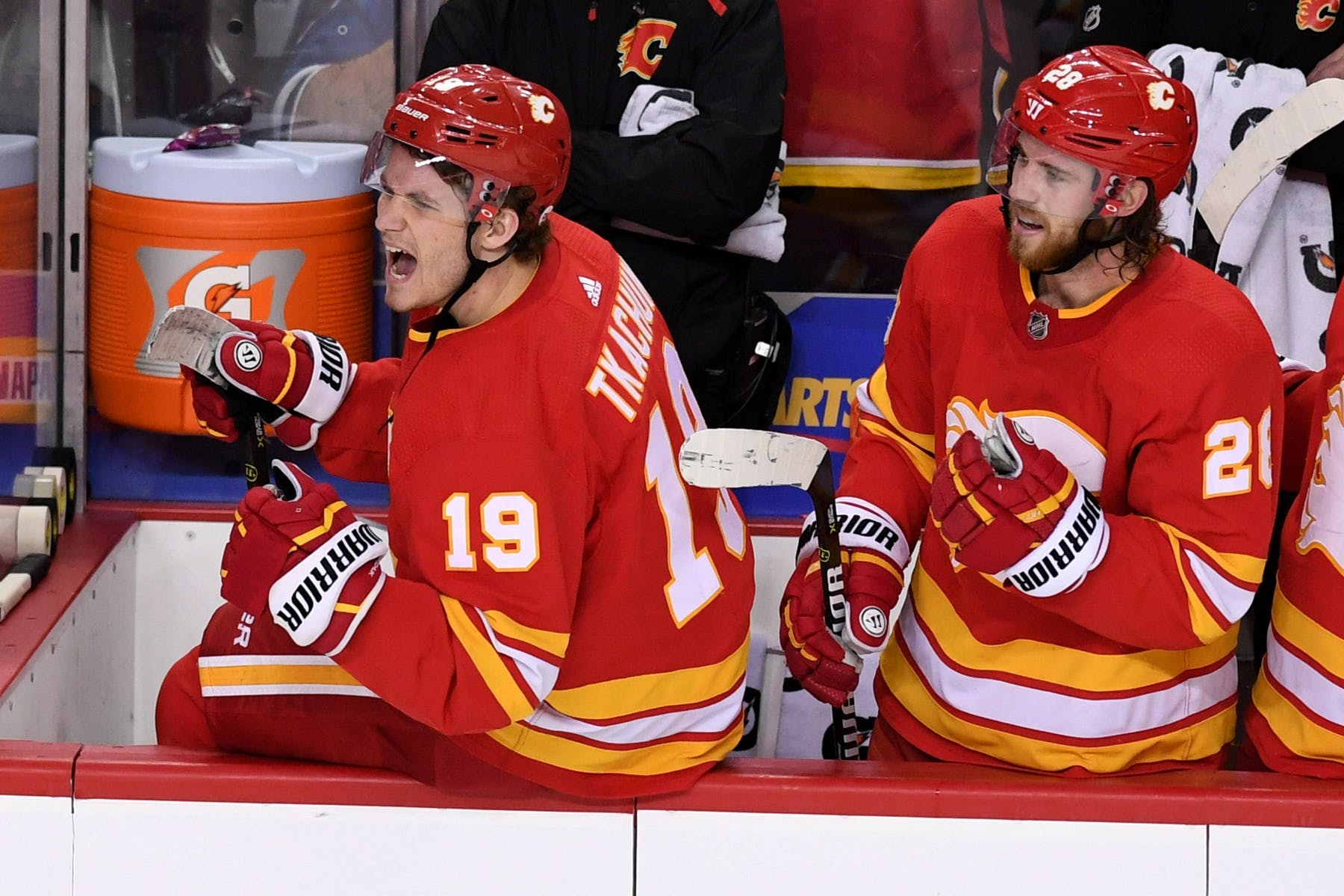 Photo credit: Candice Ward-USA TODAY Sports
By Ryan Pike
2 years ago
Comments
With no real roster decisions to make, Monday’s scrimmage between two halves of the Calgary Flames roster was full of pace but little urgency or intensity. Minds likely weren’t changed as a result of 60 minutes of hockey in front of a couple dozen people.
But it served as the last box to tick off before hockey starts for real later this week. Team McDonald completed their two game sweep of Team Iginla with a 3-2 victory.

Team Iginla (in red) opened the scoring early, as Matthew Phillips stole the puck and sent his team on the offensive. He fed Adam Ruzicka, whose wrist shot from the face-off dot beat David Rittich to make it 1-0 Iginla.

Elias Lindholm answered back for McDonald to tie things up. A point shot was stopped by Jacob Markstrom, but the rebound was collected by Matthew Tkachuk. He passed it to Lindholm at the side of the net for a quick shot to tie the game up a 1-1.

Team McDonald took the lead early in the second period shorthanded. Lindholm stole the puck at the defensive blueline and went in on a two-on-two rush. His pass found Noah Hanifin and he went five-hole on Markstrom to make it 2-1.
Advertisement
Ad
Advertisement
Ad

Johnny Gaudreau added to Team McDonald’s lead before the end of the period. His line cycled the puck for awhile. Juuso Valimaki’s shot was stopped by Louis Domingue, but Gaudreau tucked the loose puck behind him to make it 3-1 for McDonald.
Andrew Mangiapane scored late in the third period during a stretch of three-on-three to get Team Iginla to a 3-2 deficit, but they couldn’t claw all the way back.

Nobody looked awful, but a few players stood out:
It was tough to evaluate goaltending in this setting, but both Domingue and Rittich made some nice saves. Markstrom had fewer nice saves, but wasn’t tested as often as the other two were. (Sadly, Dustin Wolf didn’t get any action in.)
If you were making a decision on the try-out players, you wouldn’t be inclined to sign them. They weren’t bad, but nothing about Michael Stone or Brett Ritchie really jumped off the page.