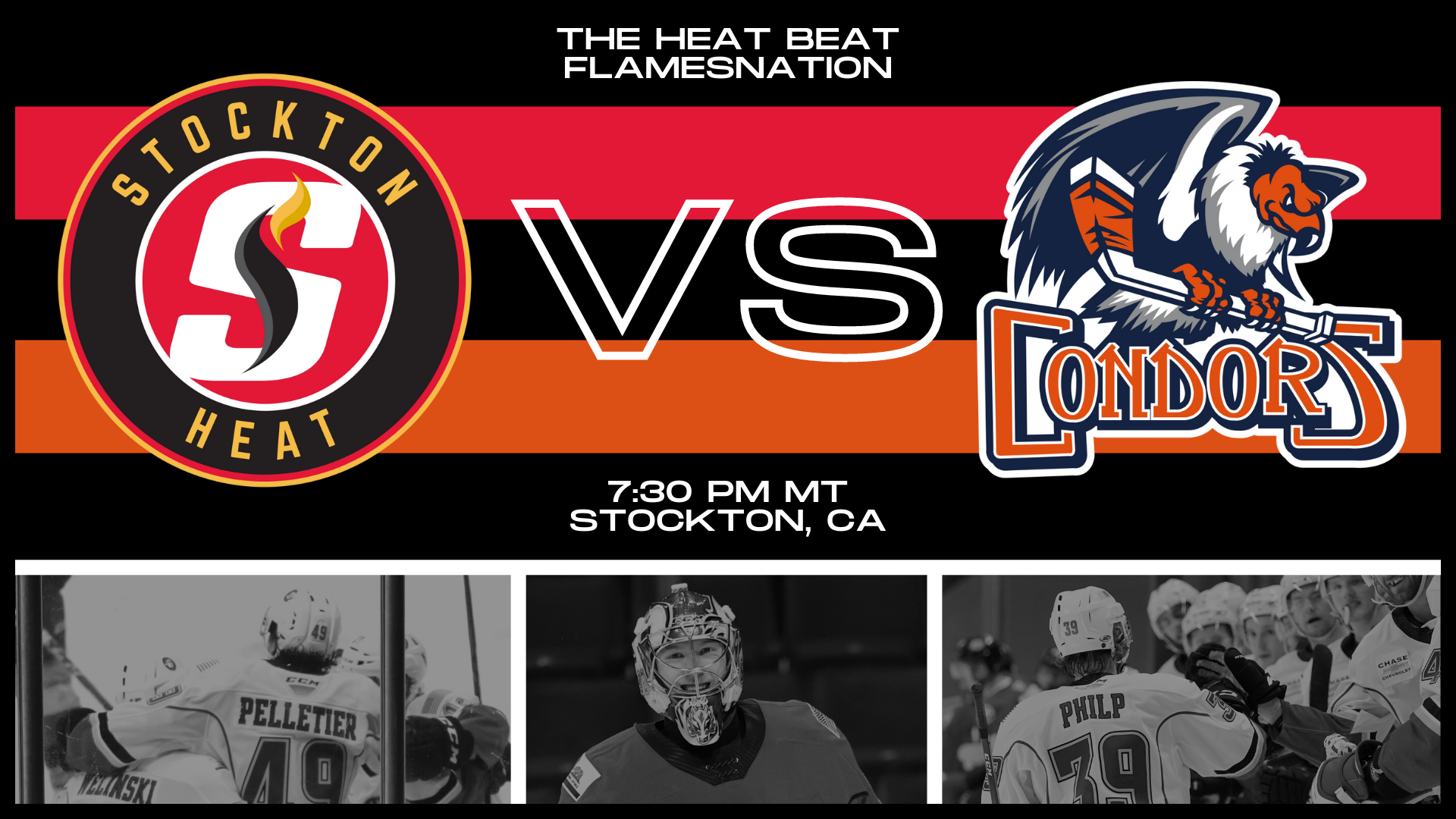 Photo credit: Graphic by Mike Gould
By Mike Gould
8 months ago
Comments
The Stockton Heat can clinch their second playoff berth in club history with a win over the Bakersfield Condors (and a little bit of outside help) on Wednesday evening.
One hour after the Heat drop the puck with the Condors at Stockton Arena, the Tucson Roadrunners will play host to the San Jose Barracuda. The Heat will clinch if they pick up at least one more point than Tucson in Wednesday’s action.
If Stockton beats Bakersfield and Tucson loses in any fashion, the Heat are in. Even if the Heat lose in overtime or a shootout, they can still clinch if the Roadrunners come away with zero points against San Jose.
Of course, Stockton has significantly higher aspirations this season than merely making the playoffs. With the highest points percentage and the fewest regulation losses in the American Hockey League this season, this Heat squad appears primed to go far in the Calder Cup playoffs.
Advertisement
Ad
Advertisement
Ad
Stockton’s only other AHL post-season berth came in the 2016–17 season, when they ultimately bowed out in five games against the Barracuda in the first round. The Heat were also in a playoff position when the 2019–20 season was prematurely cancelled due to COVID-19.
Since relocating to Stockton in 2015, the Heat have never looked as good as they do this season. They improved to 35–9–5 with a 3–1 win over the Condors (24–16–9) on Monday, with @Eetu Tuulola scoring the deciding goal late in the second period.
@Dustin Wolf made 30 saves for his 26th win of the season. The 20-year-old goaltender now has a 26–4–3 record and a .925 save percentage in his first full professional campaign.

Rookie forward @Jakob Pelletier is doing his best to catch up to @Matthew Phillips in Stockton’s team scoring race.
The 20-year-old winger scored twice in Monday’s 3–1 win over the Bakersfield Condors to improve to 48 points (22 goals, 26 assists) in 48 games this season. He’s just two points back of Phillips, who leads the Heat with 50 points (21 goals, 29 assists) in 46 contests.
Pelletier now has seven goals and an assist in his last four games.

Wednesday’s game in Stockton will be broadcast on AHL TV (subscription required) and on Spreaker (audio only), with the opening puck-drop set for 7:30 p.m. MT.
Advertisement
Ad
Advertisement
Ad
FlamesNation contributor Paige Siewert will provide live game updates on her Twitter account. Additionally, you’ll be able to follow along at TheAHL.com.