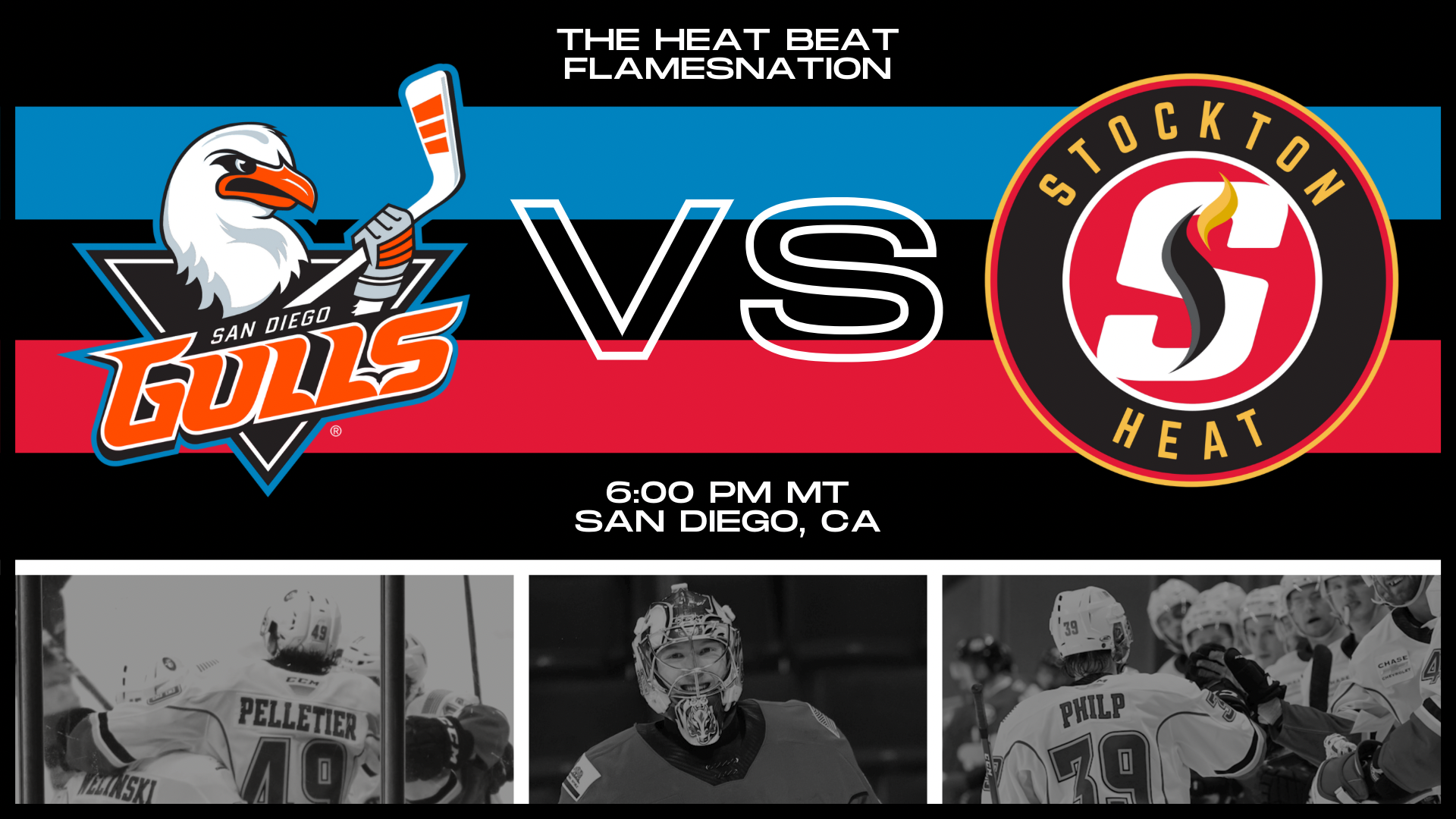 Photo credit: Graphic by Mike Gould
By Mike Gould
8 months ago
Comments
The Stockton Heat will put their three-game winning streak on the line when they take on the San Diego Gulls on the road on Sunday evening.
The Heat (38–11–5) were the first American Hockey League team to clinch a playoff spot this season and their .750 points percentage currently ranks atop the AHL standings. San Diego (26–25–3) currently sits right on the cusp of the Pacific Division playoff picture; only the top seven teams in the division will vie for the Calder Cup, and the Gulls are in sixth with a .509 points percentage.
Sunday’s game will be the seventh of eight meetings between these two teams this season. The Heat have a 4–2–0 record against the Gulls in 2021–22, most recently winning by a 5–2 score on March 9. @Jakob Pelletier led the way for Stockton with a hat trick in the victory.
Advertisement
Ad
Advertisement
Ad
The Heat most recently defeated the Abbotsford Canucks 3–1 on Friday. Pelletier, @Luke Philp, and @Justin Kirkland scored for the victors in the contest, with @Dustin Wolf making 26 saves for his 29th win of the season.
San Diego emerged victorious over the Ontario Reign 5–1 on Saturday despite being outshot 43–26. Gulls goaltender @Olle Eriksson Ek was superb, making 42 saves to improve to 7–11–2 on the year.

Heat forward @Luke Philp continues to make his case for a late-season NHL recall to the Calgary Flames.
Advertisement
Ad
Advertisement
Ad
The 26-year-old centre is playing inspired hockey of late. He scored the winning goal and added an assist in Stockton’s 3–1 victory over the Abbotsford Canucks on March 25 and now has 37 points (19 goals, 18 assists) in 52 games this season.
Philp enters Sunday’s action with two goals and seven points in his last seven games.

Sunday’s game in San Diego will be broadcast on AHL TV (subscription required) and on Spreaker (audio only), with the opening puck-drop set for 6:00 p.m. MT.
FlamesNation contributor Paige Siewert will provide live game updates on her Twitter account. Additionally, you’ll be able to follow along at TheAHL.com.