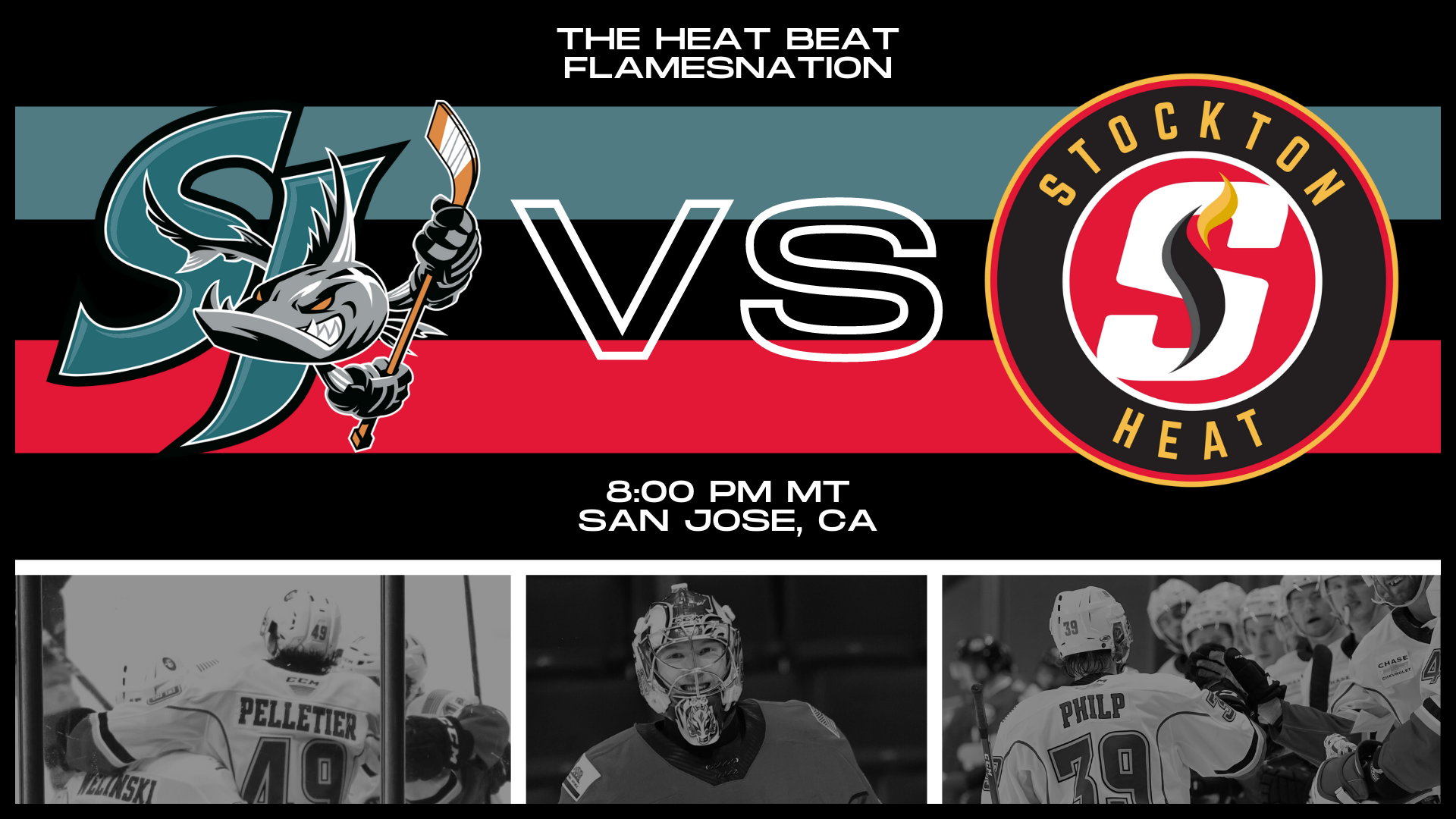 Photo credit: Graphic by Mike Gould
By Mike Gould
10 months ago
Comments
The Stockton Heat will look to extend their winning streak to three games when they take on the San Jose Barracuda at the SAP Center on Friday evening.
The Heat kicked off their current stretch of wins with an overtime victory over this same Barracuda team at Stockton Arena on Mar. 5.
@Juuso Valimaki scored the game-winner for Stockton in that game, with @Luke Philp, @Walker Duehr, and @Emilio Pettersen also finding the back of the net for the home side. @Dustin Wolf made 28 saves in the victory.
The Heat proceeded to defeat the San Diego Gulls three nights later by a 5–2 score. Pelletier led the way with three goals and Wolf made 31 saves for his league-leading 24th win of the season.
@Eetu Tuulola and @Walker Duehr also scored for Stockton on Mar. 9. The Heat currently lead the entire American Hockey League with a 32–9–5 record and a .750 points percentage; San Jose’s .396 points percentage (18–28–2) ranks last in the league.
Advertisement
Ad
Advertisement
Ad

@Jakob Pelletier recorded his first professional hat trick in Stockton’s 5–2 victory over the San Diego Gulls on Wednesday.
With his three-goal outing against San Diego, Pelletier moved to within one goal of @Matthew Phillips atop Stockton’s goal-scoring leaderboard. Phillips has 20 goals in 43 games this season; Pelletier has scored 19 times in 45 contests.

Not a bad way to celebrate your 21st, eh @jak_pelletier? pic.twitter.com/T91isO81ds

Friday’s game in San Jose will be broadcast on AHL TV (subscription required) and on Spreaker (audio only), with the opening puck-drop set for 8:00 p.m. MT.
FlamesNation contributor Paige Siewert will provide live game updates on her Twitter account. Additionally, you’ll be able to follow along at TheAHL.com.
Advertisement
Ad
Advertisement
Ad