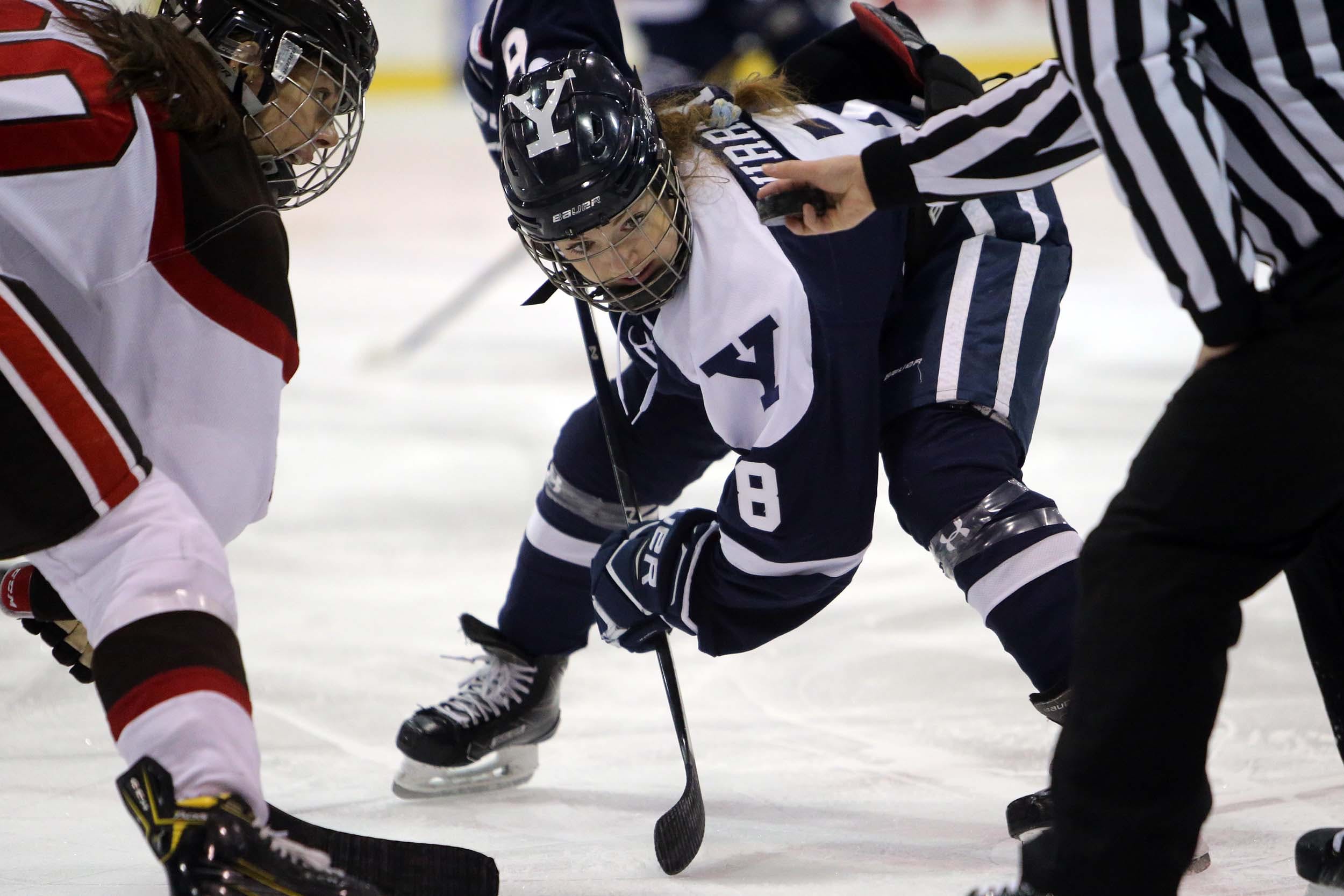 In preparation for the 2018-19 Calgary Inferno season, we are continuing our profiles on Inferno players beginning this week with rookie forward Eden Murray. The are only 15 players on the Inferno from previous seasons, signalling an influx of new blood coming into one of the CWHL’s most successful franchises.

One of these players is forward Eden Murray, taken in the eighth round of the 2018 CWHL draft. Murray was previously selected in the third round of the NWHL draft by the Connecticut Whale before deciding to return to Yale University for her fourth year.

Murray, born in Medicine Hat, will be experiencing a sort of homecoming with the Inferno, getting an opportunity to play close to home and with her sister Kelly Murray, a dependable two-way defender who finished her rookie season with eight points in 25 games.

However, Kelly and Eden are only two members of an iconic Canadian hockey family that includes four sisters, all of whom played high-level women’s hockey; cousins who have played professionally in Europe; Eden’s father, Paul played pro in Germany and her uncle is former NHL head coach Andy Murray. It’s certainly an impressive list of hockey talent in one family.

When asked what it was like to be returning to Alberta to play for the Inferno, Eden said:

I was so happy and thrilled when I found out. Even being given the opportunity to try out was enough for me, just knowing that I’d get a chance to play at home … My sisters have always been the number one driving force behind my involvement with hockey. Seeing them grow up and how good they were [and] are, I was always motivated to reach that same level. It also helped to have athletic parents that were supportive and understood the game from having played it themselves.

With many new faces entering onto an already impressive group of Inferno players, Murray will have to find a role on her new team, a challenging task for any rookie. As seen in the above video, Murray possesses some pretty slick hands and has modelled her game after another particularly smooth forward with serious defensive acumen:

I’ve been told and I also believe that I play a two-way style of game. I always loved watching Pavel Datsyuk of the Detroit Red Wings because he was so fierce on the offensive side of the game but could take the puck away from anyone on the backcheck. I tried to emulate myself after his game whenever I could because while I like scoring I strongly dislike getting scored on.

Murray’s commitment to defence will serve her well as she transitions into the Inferno lineup, an aspect of the game that the Inferno would like to clean up. Last season, the Inferno surrendered more goals than any other Clarkson Cup Playoff team with 70 but are welcoming back silver medalist defender Brigette Lacquette (as well as forwards Brianne Jenner, Rebecca Johnston, and Blayre Turnbull) to hopefully bolster their team defence.

With all the roster turnover, there will be plenty of players trying to find their way in new surroundings and new circumstances, Murray included. In terms of the jump to pro hockey, Murray explained:

I would say that while the step up of play from high school to university was no doubt a jump, the climb from university to now is that much more. Everyone playing in the CWHL is playing for the same reason: because they love the game and they love to compete. It’s exciting and definitely an adjustment that I’m looking forward to being a part of.

Finally, there are a lot of experienced players on the Inferno, including players who have represented their country, won Clarkson Cups, and played in intense NCAA atmospheres. I asked Murray about her impression of the Inferno team culture in her limited experience so far:

I am really enjoying it. The girls seem nice, hardworking, and supportive of one another. All the while, everyone in the dressing room is exceptional in their own way and they definitely lift one another up regardless of that talent.

The Inferno begin their season on the road in Montreal on Oct. 13-14, with a pair of games versus Les Canadiennes de Montreal. The Inferno home opener is on Saturday, Oct. 20 at Winsport Arena A at 8:00 pm. For tickets, head here.