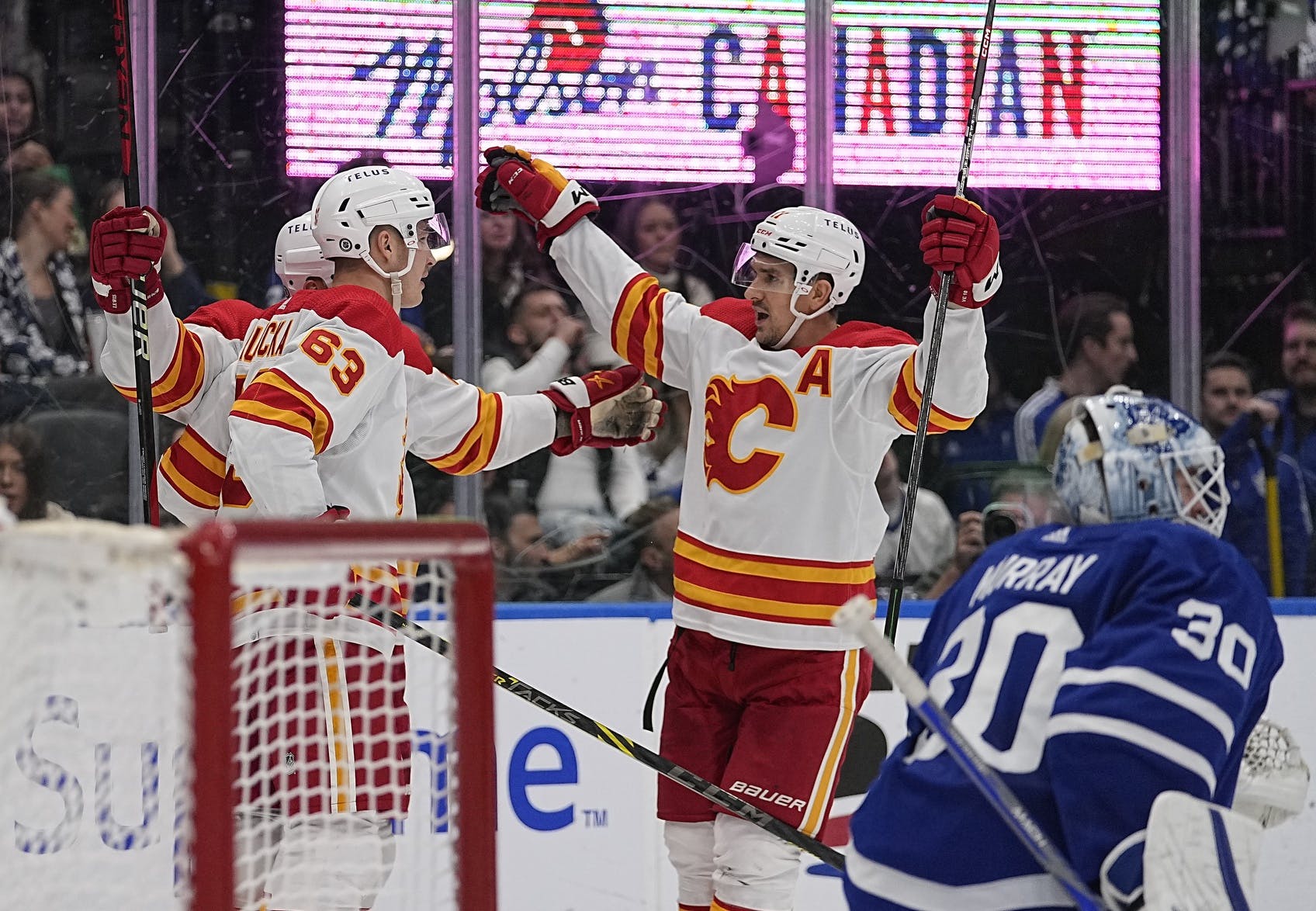 By Ryan Pike
28 days ago
It’s no secret that Calgary Flames forward Mikael Backlund is fairly beloved in his adopted hometown. He’s third in franchise history in games played, and he’s become a fairly consistent Selke Trophy contender during his tenure with the Flames.
But despite being an advanced stats darling, Backlund admitted he doesn’t follow advanced stats that much when chatting with the media on Friday morning at the Saddledome.
“I focus on the final score,” quipped Backlund, leading to chuckles from the assembled media. “I don’t go all into that. I know it’s out there, and sometimes it’s good… Sometimes it can tell you what a player’s like and sometimes it doesn’t [do justice] to a player.”
Backlund noted that players are given some personal and team stats from the coaches, and he cited chances for and against in a subsequent answer, so he’s not completely unaware of advanced stats. They’re just not a huge focus for him.
The 33-year-old Backlund began his career as a fairly unheralded depth player who had superb underlying numbers and played with other depth players. Gradually, he got placed with better linemates and his game matured, leading to better counting stats, even better advanced stats, and accolades from around the hockey world – especially those that follow analytics. Backlund has received Selke Trophy votes in five of the past six seasons, finishing fourth in balloting in 2016-17.
Backlund was recently reunited with Andrew Mangiapane and Blake Coleman, reforming a line that was one of the top advanced stats performing lines in hockey in 2021-22.
News
Recent articles from Ryan Pike