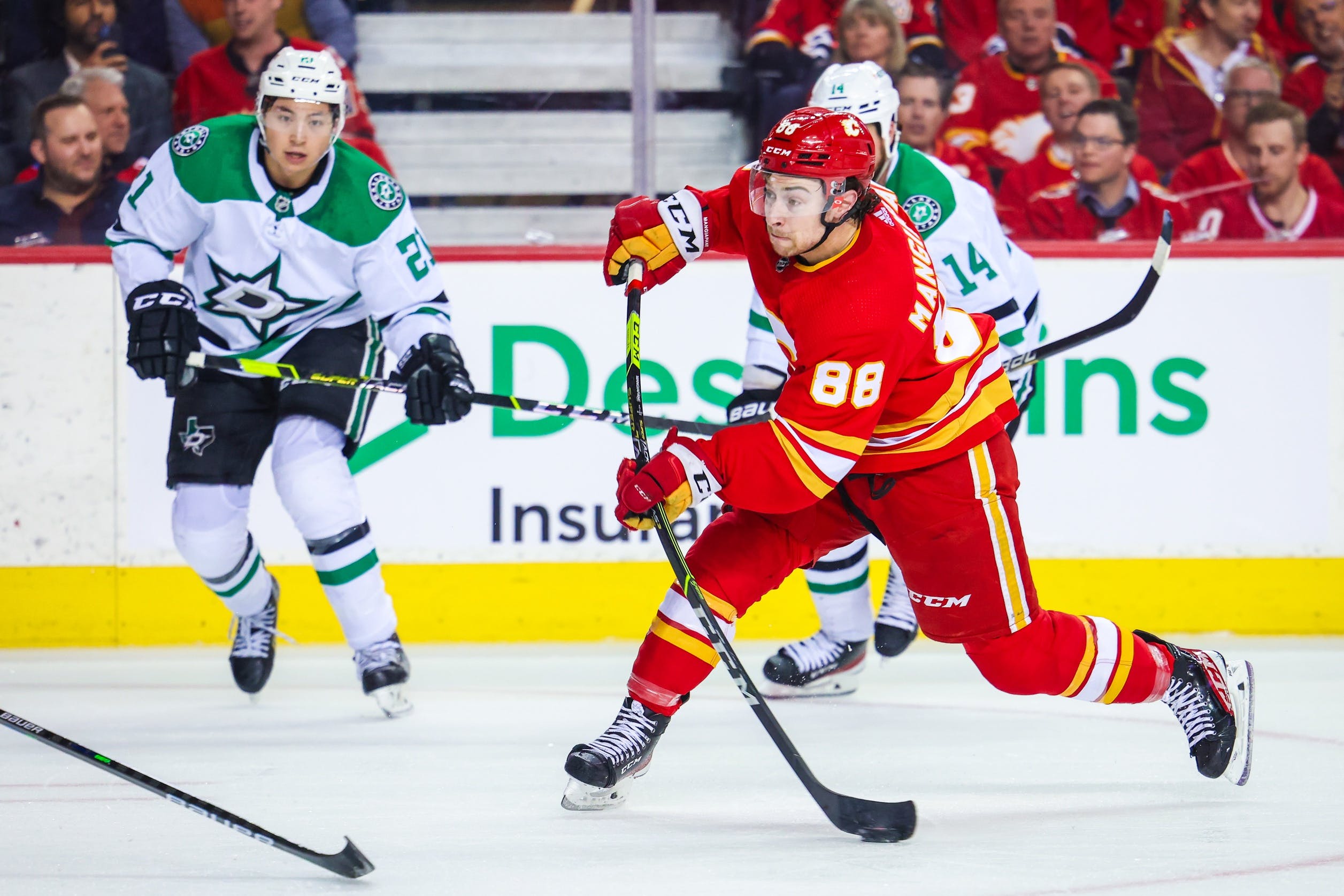 By Ryan Pike
28 days ago
A Calgary Flames forward hit a major milestone in Friday night’s contest against the New York Islanders. Forward Andrew Mangiapane, by virtue of playing in the game, reached 300 regular season games played in the National hockey League.
A product of Bolton, Ontario, Mangiapane was a sixth-round selection by the Flames in the 2015 NHL Draft – he was selected in his second year of draft eligibility, primarily due to his size (and his relatively small sample size of games in the Ontario Hockey League).
Mangiapane had a respectable 51 points in his first draft-eligible season, but put up 104 points in 2014-15 before being selected by the Flames. He had 106 points in his 19-year-old season, putting an exclamation point on his time in junior.
He went pro in 2016 and quickly began his ascent up the pro hockey ladder. He was a strong AHL scorer as a rookie in 2016-17. He was solid if unspectacular in a 10-game NHL call-up in 2017-18. He split the 2017-18 season between the NHL and AHL. He grabbed an NHL spot in 2018-19, forming a really effective fourth line with Derek Ryan and Garnet Hathaway that could check and score with regularity.
A full-time NHLer since November 2018, Mangiapane is the 27th player in the 2015 draft class to reach 300 games played – and at 166th overall, by far the latest draft choice to hit that mark. (The next-latest pick to reach 300 NHL games from 2015 was Tampa Bay’s Anthony Cirelli, the 72nd overall pick.)
In 299 career games played with the Flames heading into Friday’s contest, Mangiapane has scored 85 goals and registered 148 points.
News
Recent articles from Ryan Pike