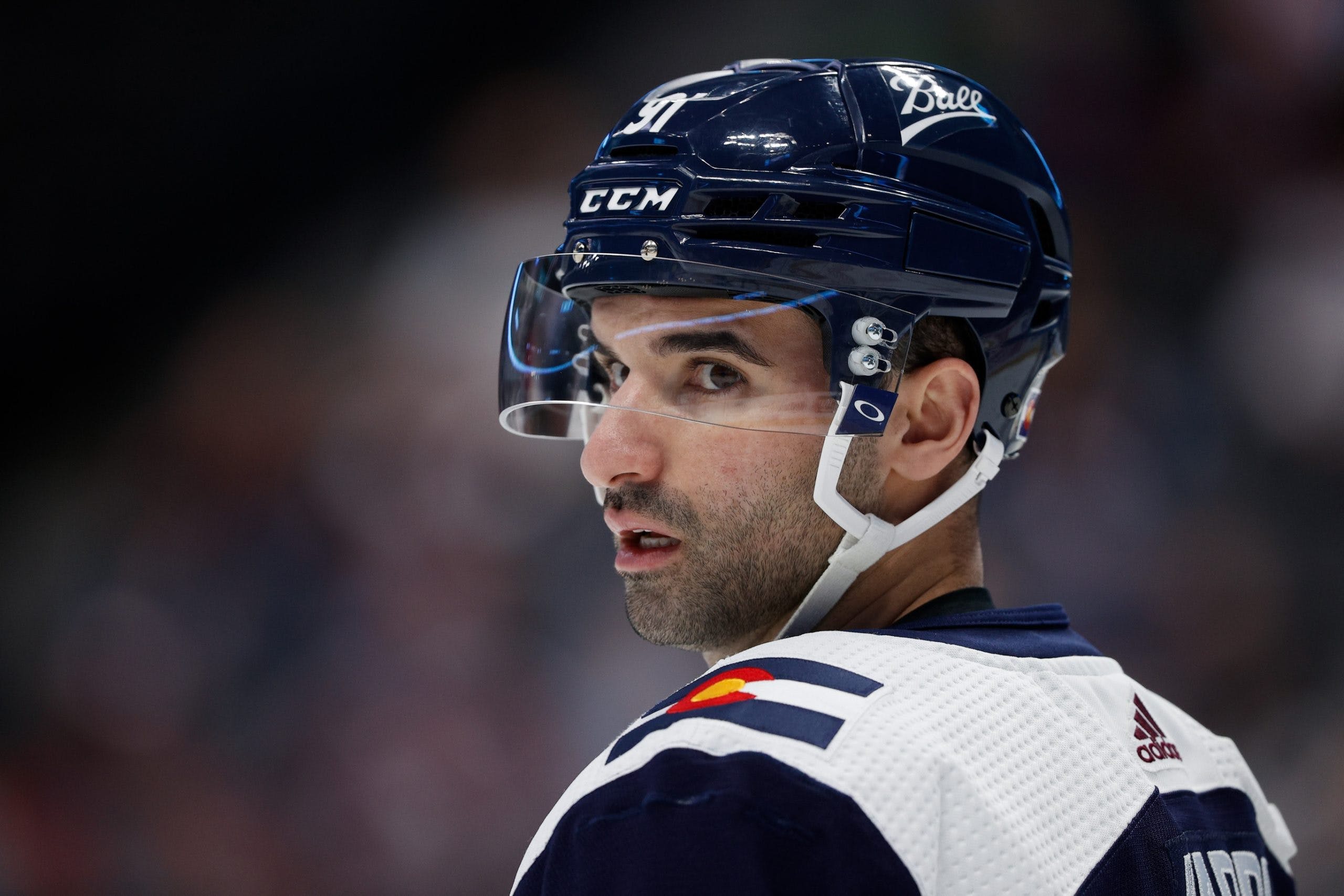 By Mike Gould
5 months ago
The Calgary Flames have signed unrestricted free agent centre Nazem Kadri to a seven-year contract, the club officially announced Thursday.
Kadri, 31, set new career-high marks in assists (59) and points (87) with the Colorado Avalanche last season and helped the team prevail over the Tampa Bay Lightning to capture the Stanley Cup.
“Nazem is a highly competitive top six player who makes our centre ice position deep,” Flames general manager Brad Treliving said Thursday. “He brings a high skill level and determination to our group combined with his recent experience of a Stanley Cup championship. We look forward to welcoming Nazem and his family to Calgary and his contributions to our team’s ultimate success.”
“This is an exciting day for my family,” Kadri said. “I couldn’t be more thrilled to join such a passionate fan base and organization. I’ve always loved the city of Calgary and I look forward to giving everything I have to this team. Winning a Stanley Cup is a true honour and it only makes you want it more. I would love nothing more but to see another banner in Calgary. Go Flames go.”
The Toronto Maple Leafs originally selected Kadri with the No. 7 pick in the 2009 NHL Draft. The 6′, 192-pound centre spent the first 10 seasons of his NHL career with the Leafs before being traded to Colorado (but almost Calgary) in 2019.
In 739 career games with Toronto and Colorado, Kadri has scored 219 goals and 512 points. The London, Ontario product has added 19 goals and 44 points in 52 career playoff contests.
Kadri joins a Flames forward group that also includes Jonathan Huberdeau, Elias Lindholm, Andrew Mangiapane, Mikael Backlund, Blake Coleman, and Tyler Toffoli.