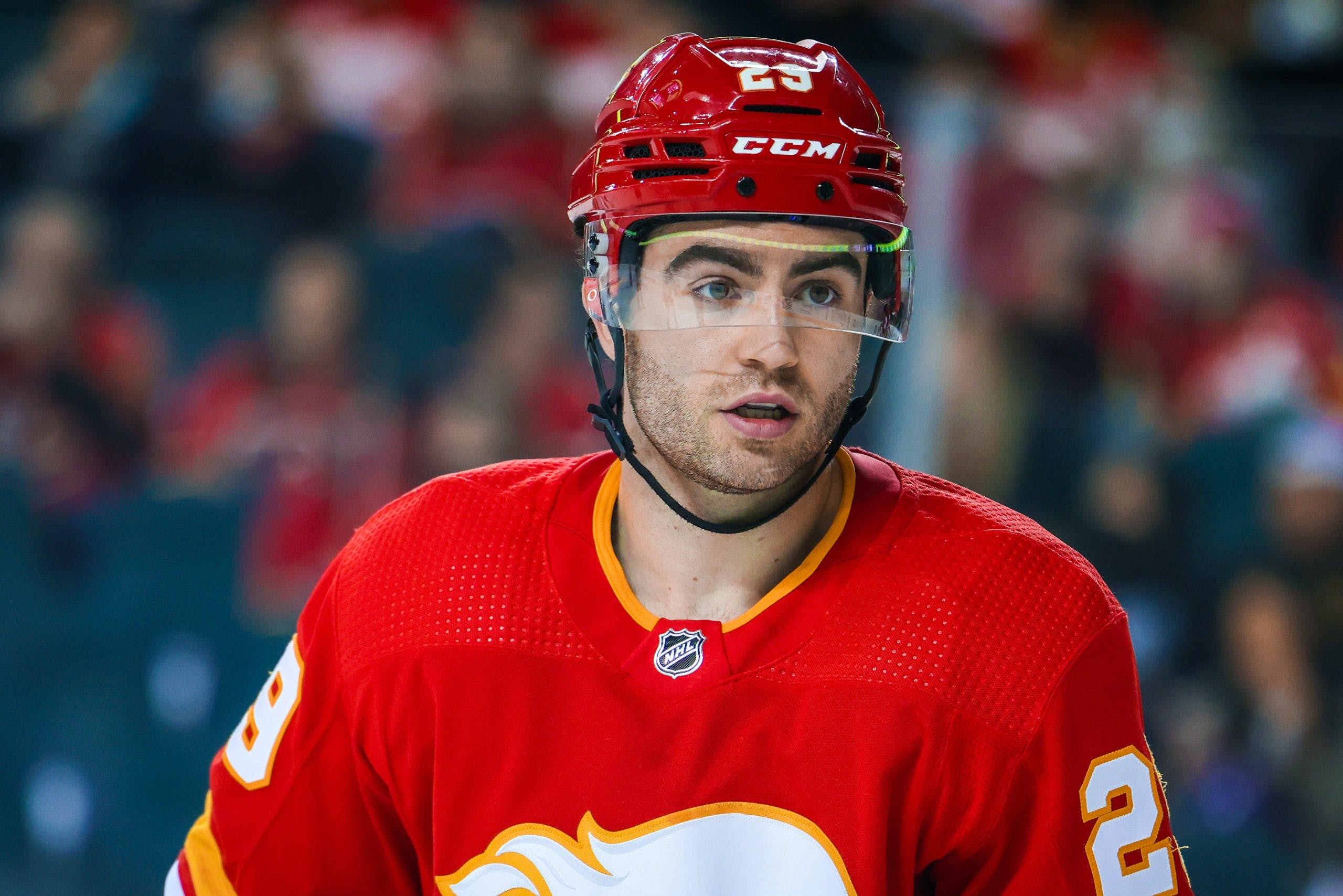 By Mike Gould
11 months ago
The wait is finally over for @Dillon Dube.
The 23-year-old forward entered Tuesday’s game on a 13-game point-scoring drought, having last gotten on the board with a goal against the Tampa Bay Lightning on Jan. 6.
That all changed late in the second period of the Calgary Flames’ game against the Columbus Blue Jackets on Tuesday. With the Flames playing down a man due to a @Blake Coleman holding penalty, Dube received a pass from @Andrew Mangiapane and skated down the right into the Blue Jackets’ zone on a two-on-one rush.
Instead of passing to Mangiapane, the Flames’ leading goal-scorer, Dube elected to fire the puck and managed to beat Blue Jackets goaltender @Elvis Merzlikins under his glove.
With the goal, Dube now has five goals and 12 points in 46 games this season. He managed 18 shots on goal during his 13-game pointless streak.
Flames head coach Darryl Sutter added new trade acquisition @Tyler Toffoli onto Dube’s line with @Sean Monahan for Tuesday’s game. Through two periods, that line spent 7:27 together at five-on-five and outshot its opposition 8–7 (according to Natural Stat Trick).
@Erik Gudbranson, @Elias Lindholm (via Andrew Peeke), and @Matthew Tkachuk also scored in the first two periods to help the Flames build a 4–1 lead. Flames goaltender Dan Vladar stopped 15 of the 16 shots he faced over the first 40 minutes, with Blue Jackets defenceman @Adam Boqvist scoring the only goal for his team.