Handing out Calgary Flames awards at the 2022-23 mid-season 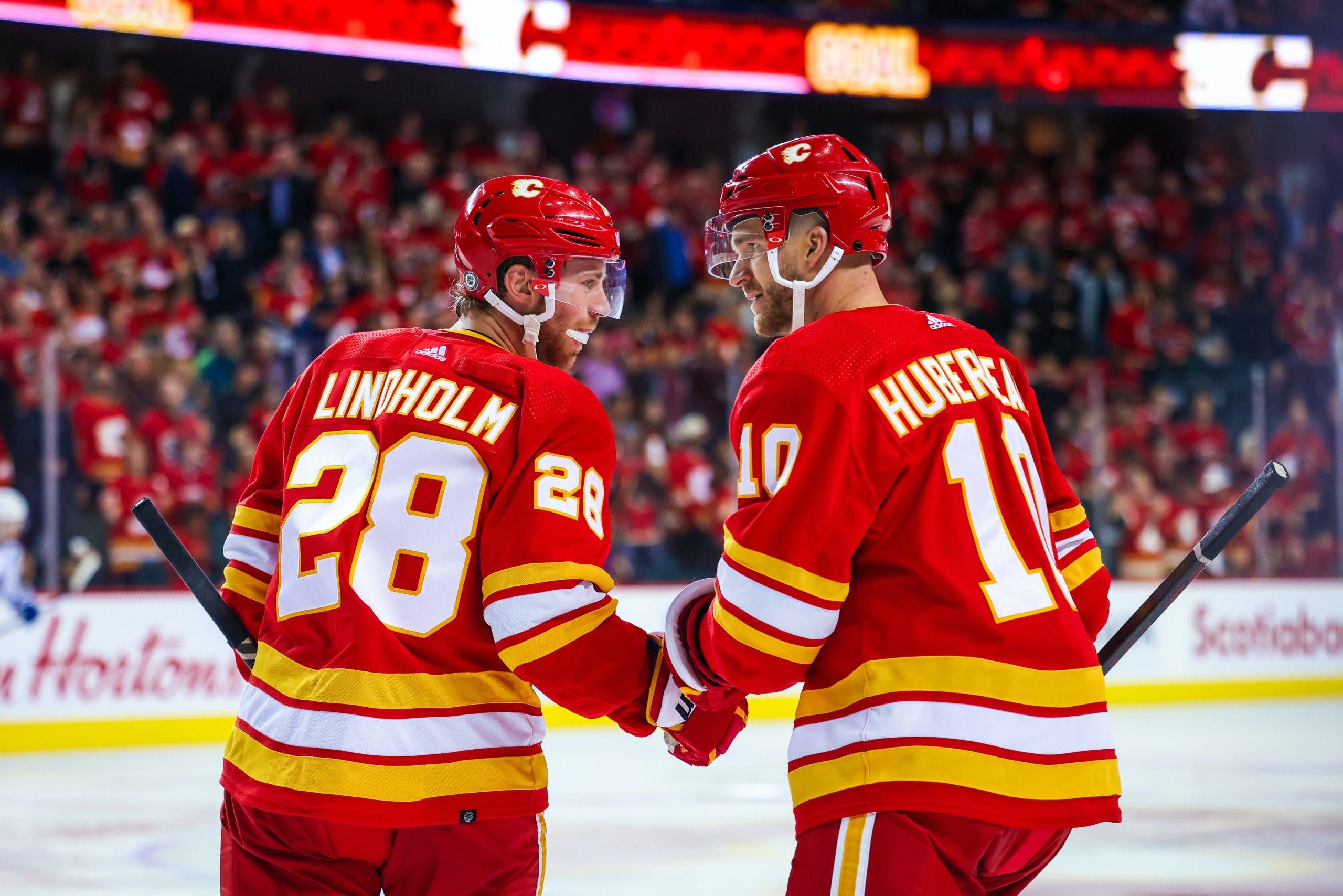 By Robert Munnich
24 days ago
We have hit the halfway mark of the 2022-23 season for the Calgary Flames. To celebrate the occasion we have put together some mid-season awards for Flames players.

We are taking some verbiage from the CFL with this one. This was an easy pick as Lindholm has been the Flames best player to start the season.
He is excelling in every part of the game. He has played the most minutes of any forward on the team with 758:10. He leads the Flames centres in face-off percentage. He leads the team in assists and points. Is third in goals. On top of all that he plays on the Flames first unit power play and penalty kill. Lindholm is an excellent two-way hockey player and he’s been the Flames most outstanding player.

Not many people thought that Chris Tanev would have as massive of an impact on the Flames as he has had. Well, they (myself included) were wrong. Tanev has quickly become one of the most important players in the organization.
There is no better indication of this than the Flames record with and without Tanev this season. Tanev has missed seven games this season. The Flames are 0-5-2 in those seven games. We saw a similar issue in the playoffs last season. Not having Tanev in the lineup exposed the Flames lack of depth on the back-end.
Tanev is the Flames best defensive defenceman. He allows Darryl Sutter the ability to properly slot the rest of the D core. He also has the ability to make his defence partner better. We’ve seen him do that throughout his tenure with the Flames elevating the likes of Noah Hanifin, Mark Giordano, and Oliver Kylington. He is doing it with MacKenzie Weegar right now.
The key for Tanev is going to be staying healthy in the second half of the season which is not going to be easy to do because of how hard he plays the game.

Toffoli has been one of the most consistent players in the first half of the 2022-23 season for the Flames. He is second on the team in goals and points. Coming into the season, Flames fans were unsure what Toffoli they were going to get from last season. The one from his first 22 games with the Flames, or the last 27 where he fell off the map. Thankfully he has been the guy they got in his first 22 games after they acquired him last Valentines Day.
Toffoli may not be the fastest or most dynamic player, but he is incredibly smart and has an excellent shot. He is using both of those to it’s full potential this season.

Kadri has lived up to expectations in his first season with the Flames. He is on pace to score 32 goals and 62 points. Which would be slightly above his NHL career average. Kadri has been huge for the Flames centre depth allowing Mikael Backlund to slot as the third line centre. Kadri has scored some big goals and played some good defence.
He has also been a great representative of the organization off the ice. A great example of this is when he gave a young fan a stick during warm up. The young boys reaction was priceless.

Things haven’t worked quite yet for Huberdeau and the Flames. Huberdeau has struggled to pick back up where he left off in Florida where he was tied for second in the NHL in points with 115. So far this season, Huberdeau has an 82-game point pace of 60. That is his worst production since the 2014-15 season, his third in the NHL.
The most important thing the Flames need to figure out in the second half of their season is how to get Huberdeau back to being at least a point per game player. The Flames are going to have a hard time making the playoffs if Huberdeau continues to produce at a 60 point pace for the rest of the season.

Huberdeau had to what?

Let us know if you agree or disagree with these decisions in the comments section!
Editorials
Recent articles from Robert Munnich