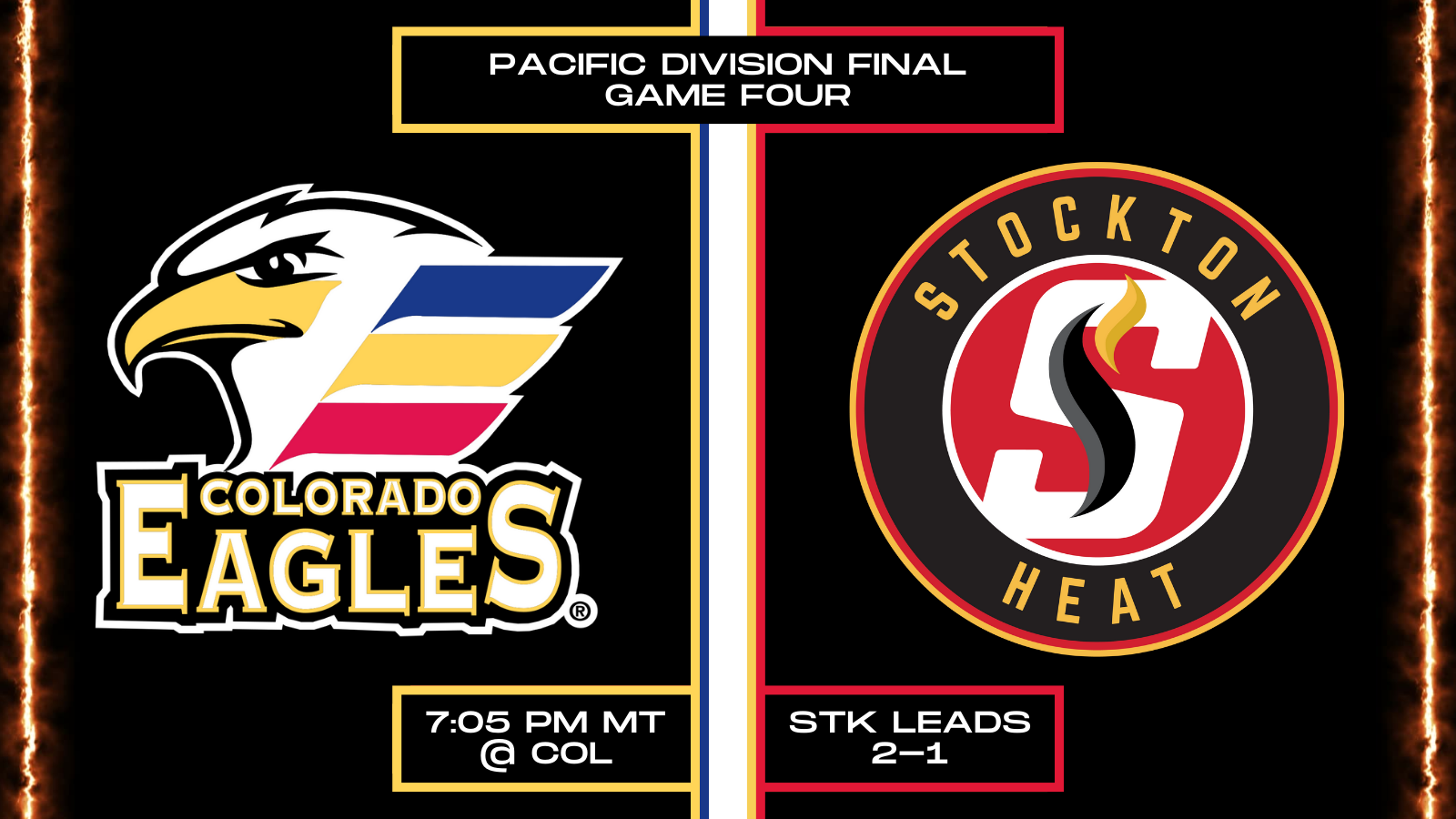 By Mike Gould
7 months ago
The Stockton Heat will try again to advance to the Western Conference Final on Sunday when they take on the Colorado Eagles in Game 4 of their Pacific Division Final series.
The Heat won the first two games against the Eagles before falling in overtime by a 6–5 score in Game 3. Colorado forward Jean-Luc Foudy scored his first goal of the series in the extra frame to seal the victory.
Stockton forward @Matthew Phillips had one of his best performances of the season in the losing effort, scoring three points (two goals, one assist) and firing five shots at Eagles goaltender @Justus Annunen.
In addition to Phillips’ two goals, @Martin Pospisil, @Walker Duehr, and Pelletier also scored for the Heat in Game 4. Pospisil’s tally was one of the strangest we’ve ever seen in the AHL.
After outshooting the Eagles 44–38 and coming agonizingly close to victory in Game 3, Phillips and the Heat could be in line to receive some additional help for Game 4 on Sunday.
After being eliminated from the National Hockey League playoffs last week, the Calgary Flames assigned @Adam Ruzicka, @Connor Mackey, @Juuso Valimaki, and @Adam Werner back to Stockton to bolster its playoff roster.
It’s possible all four of those players could be dressed for Game 4. Expect Ruzicka to slide right back in between Phillips and @Jakob Pelletier on the team’s top line, with Mackey and Valimaki filling top-four roles and Werner backing up @Dustin Wolf.

Jakob Pelletier looked extremely dangerous in Game 3, picking up a goal and an assist and constantly working his magic with linemates Matthew Phillips and Rory Kerins.
Pelletier’s goal gave the Heat a 2–1 lead late in the first period. After taking a breakaway pass from @Ilya Solovyov, Pelletier sped in on goal before — in pure Mike Cammalleri fashion — hesitating with his back foot in the air for a split second.
The fake caused Eagles goaltender Justus Annunen to slide over to his right, opening up a big hole in the top corner. Pelletier found it with ease.

Game 4 in Loveland, CO will be broadcast on AHL TV (subscription required) and on Spreaker (audio only), with the opening puck-drop set for 7:05 p.m. MT.
FlamesNation contributors Paige Siewert and Mike Gould will provide live game updates on Twitter. Additionally, you’ll be able to follow along at TheAHL.com.