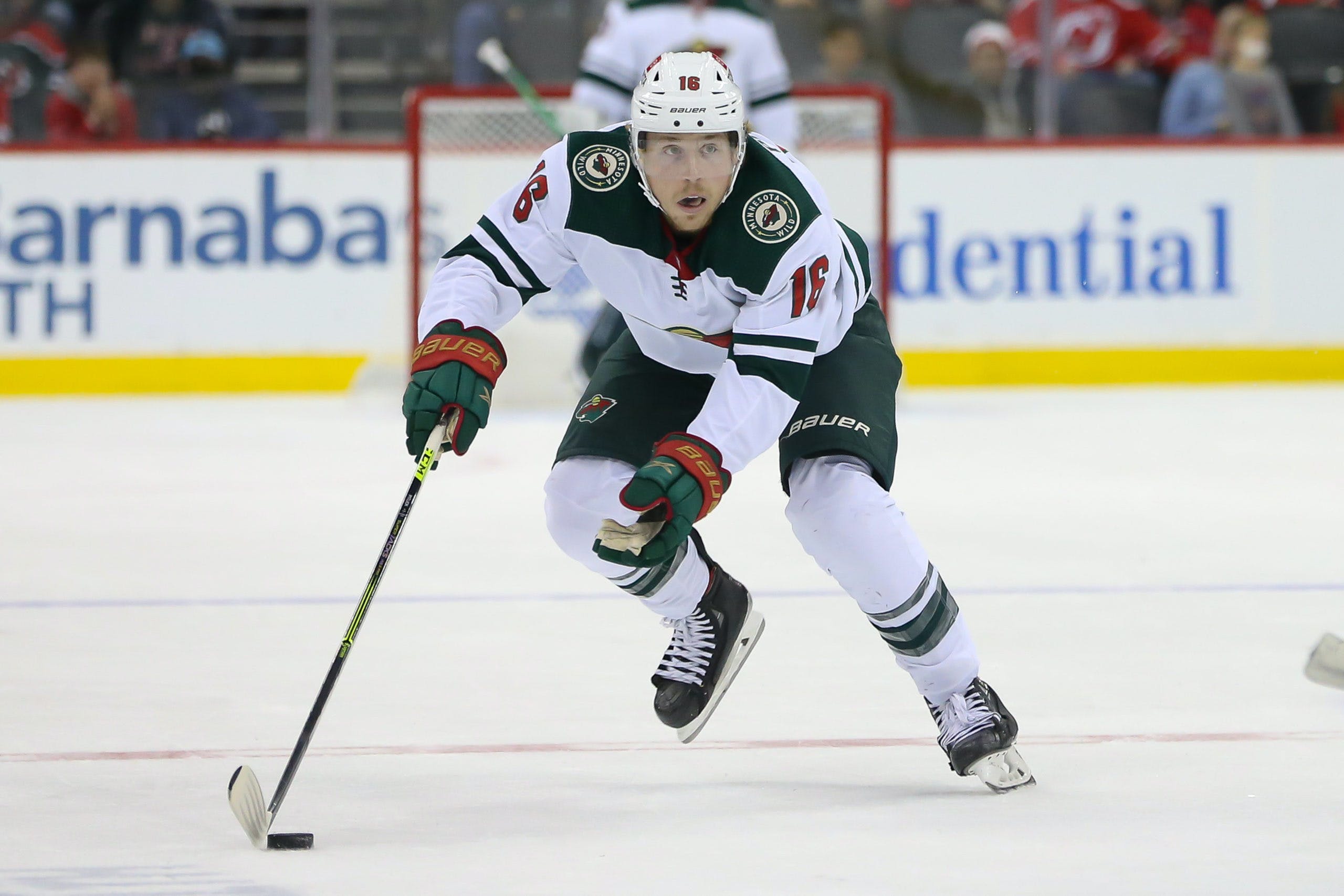 By Mike Gould
10 months ago
For a while, we here at FlamesNation have advocated for the Calgary Flames to make some changes to their depth forward ranks.
With respect for the careers they’ve all had, @Brad Richardson, @Trevor Lewis, and @Brett Ritchie are not the players they once were. The Flames’ forward depth has been a glaring point of weakness all season and desperately needs upgrading.
On Tuesday, Flames head coach Darryl Sutter appeared to pour water on the idea of recalling players from the AHL’s Stockton Heat to address the Flames’ lack of secondary scoring.
If recalling the likes of @Jakob Pelletier and @Matthew Phillips — Stockton’s two leading scorers, who are respectively listed at 5’10” and 5’8″ — isn’t in the cards, the Flames should look externally for additional help up front.
Fortunately for Flames general manager Brad Treliving, perhaps, the Minnesota Wild waived a very strong bottom-six forward on Tuesday.
@Rem Pitlick is a cousin of current Calgary Flames forward @Tyler Pitlick. At 24, Rem is six years younger than Tyler and — this season, at least — a significantly more effective NHL player.
Originally a third-round pick of the Nashville Predators back in 2016, Rem Pitlick starred at the University of Minnesota for three years before becoming a full-time professional in the Preds organization starting with the 2019–20 season.
After two years where Pitlick alternated between being an AHL star and not much at the NHL level, the Predators waived him in advance of the 2021–22 season. Perhaps sensing an opportunity to turn a former Minnesota Golden Gopher into a hometown hero, the Minnesota Wild pounced and managed to claim the 5’11”, 196-pound forward.
Things went about as well as they could’ve for Pitlick in his 20 games with the Wild this season. He managed six goals and 11 points, including a natural hat trick against the Seattle Kraken on Nov. 13, while also making an impact with his solid offensive play-driving and puck-handling ability.
While perhaps a touch undersized in terms of stature, Pitlick is as stocky as they come and skates well. He’s not going to continue scoring at his current rate, especially not if he continues playing less than 10 minutes per game, but he’s certainly been a significantly better play-driver this season than the Flames’ existing depth options.
It’s also important to note that the Wild waived Pitlick more as a result of circumstance than a lack of success. Minnesota recently recalled top prospect @Matthew Boldy due to injury and it doesn’t appear that the 20-year-old will relinquish his spot anytime soon. Now with a healthy (and very deep) roster once again, the Wild had to send somebody packing.
Pitlick carries a cap hit of just $917,831 and is likely set to become a Group 6 unrestricted free agent in July (unless he plays 49 more games this season, in which case he’d become an RFA). He’s still young, has shown well in his stint with the Wild this season, and potentially represents a no-cost way to upgrade the bottom of the Flames’ roster.
It’s something for the Flames to consider, especially if they’re not keen on bringing up prospects from the Heat. Pitlick is a sturdy, skilled forward who needs a new home. It’s easy to see him filling a bottom-six role on the Flames better than Richardson or Ritchie.
It couldn’t hurt to try.
Uncategorized
Recent articles from Mike Gould