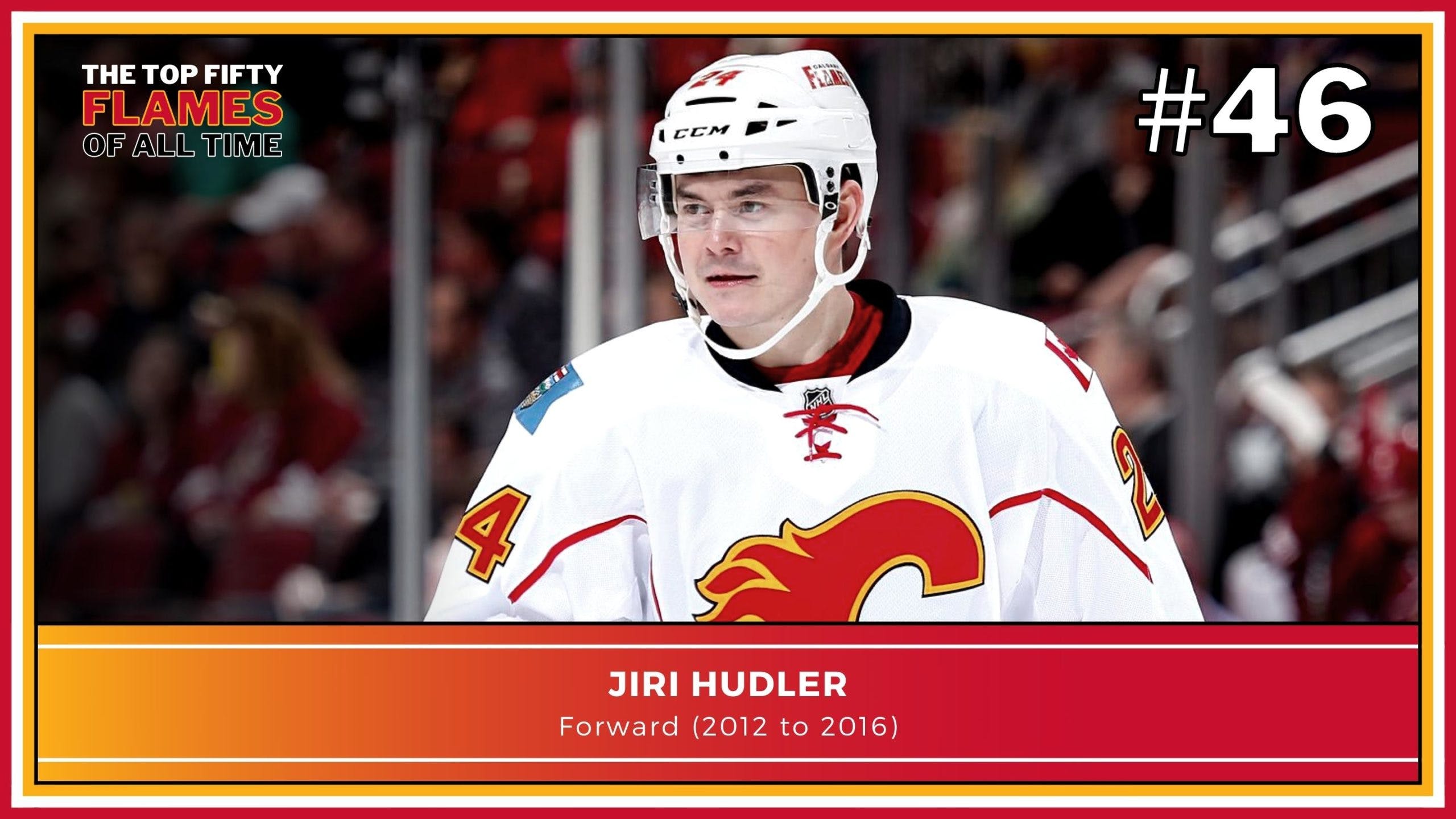 By Ryan Pike
4 months ago
Folks, there’s no shame in a player being the third-best guy on a forward line. Heck, Elias Lindholm was the third-best guy on the Calgary Flames’ top line in 2021-22 and he was awesome. The 46th individual on our Top 50 Flames countdown is one of the most prominent third bananas in recent club history.
#46 on our list is Jiri Hudler.
Player, 2012-16
A product of Czechia, Hudler was drafted by Detroit in 2002 and came to North America in 2003-04, spending much of the next decade in the Red Wings organization.
Hudler hit the free agent market in the summer of 2012 and, as a player with a Stanley Cup and another trip to the finals on his resume, he was a player in demand at the time. The Flames ended up landing Hudler, and he ended up being a pretty useful player for them during his four years wearing the Flaming C.
Hudler played with the Flames at a strange time. His first season, 2012-13, was the final year of Jarome Iginla’s tenure, and Hudler was a secondary player on that club. His second season, 2013-14, was the first rebuild year, and Hudler was leaned on a bit more to be an offensive contributor and fared pretty well on a very lean team.
Hudler really found his niche in 2014-15, where he found himself on the wing with Sean Monahan and Johnny Gaudreau. As a reliable two-way player, Hudler was able to fill in the gaps between Gaudreau’s puck distribution and Monahan’s net-front scoring, which ended up turning them quietly into one of the better lines in hockey. For his part, Hudler won the Lady Byng Memorial Trophy – as the NHLer who played a lot but didn’t take a lot of penalties, and therefore reflected a high standard of play and gentlemanly conduct – and he also received Hart Trophy votes.
The Flames were not quite as good in 2015-16, and that was reflected by the top trio being pretty good but also not particularly great. The Flames opted to shift things around that season, with the coaching staff shifting ice time on the top line away from Hudler and more towards Micheal Ferland. With the Flames missing the playoffs and Hudler a pending free agent, he was traded at the 2016 trade deadline to Florida for a couple of draft picks.
Hudler wasn’t a perfect hockey player, but he was a tremendously versatile, useful and valuable player for the club while he was with the organization. He was a big complimentary piece on their top line and helped Monahan and Gaudreau mature into high-end NHL players, while winning an award for his individual contributions. And when his contract was winding down, they managed to flip him for further assets.
He was easily the best free agent signing of Jay Feaster’s time as general manager.