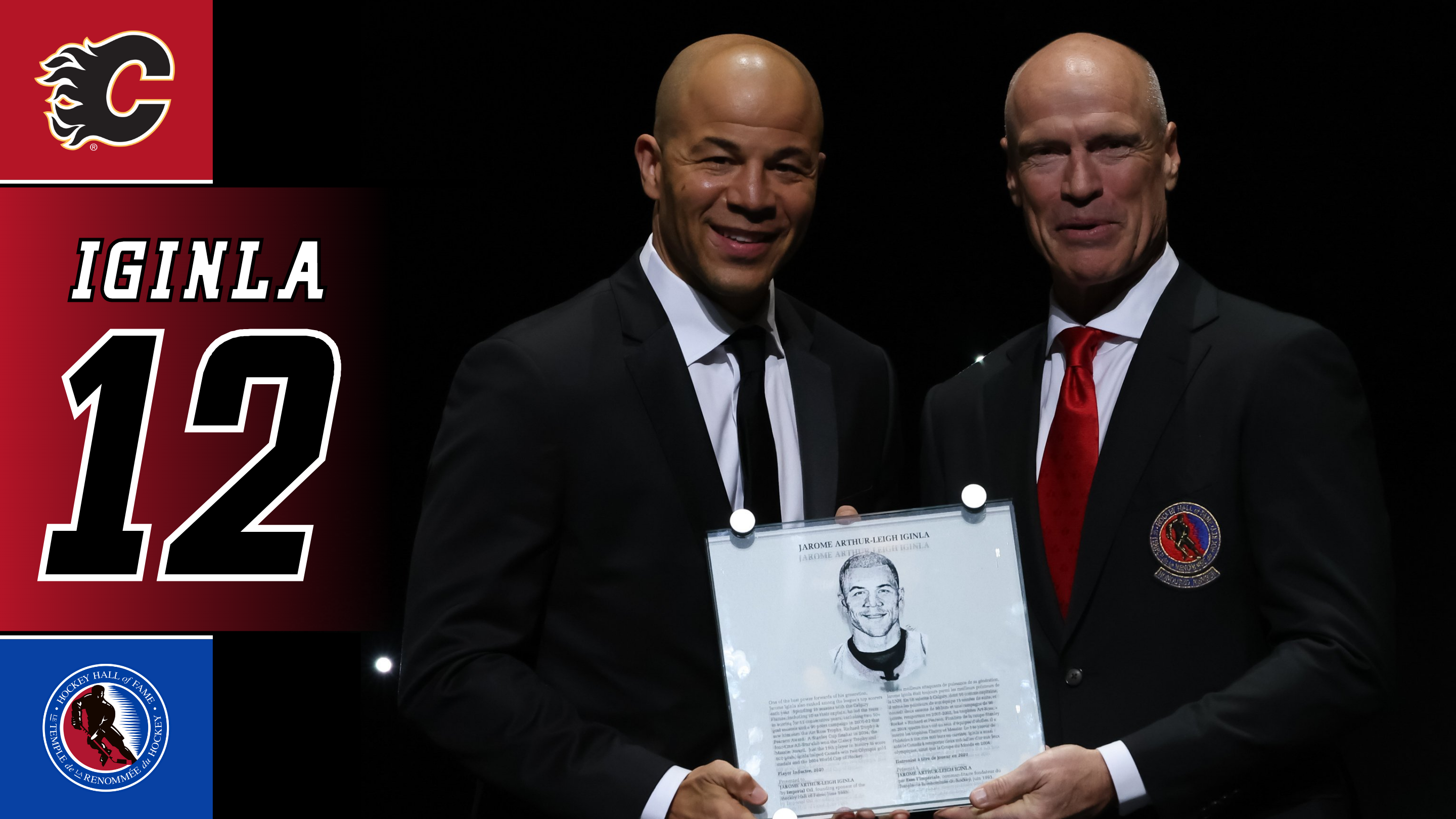 By Mike Gould
1 year ago
Calgary Flames all-time leading scorer @Jarome Iginla gave a heartfelt speech after being officially inducted into the Hockey Hall of Fame on Monday evening.
Iginla entered the Hall alongside Marian Hossa, Ken Holland, Kim St-Pierre, Kevin Lowe, and Doug Wilson as a member of the 2020 class of inductees.
Here’s the video of Iginla’s full speech, as posted to Twitter by the official National Hockey League account:
Iginla’s speech capped off a weekend of festivities honouring the 44-year-old winger. He received a commemorative Hockey Hall of Fame ring on Friday before participating in the ceremonial faceoff before a game between the Flames and the Toronto Maple Leafs later that evening.
On Sunday, Iginla participated in the Hockey Hall of Fame Legends Classic at Scotiabank Arena. He scored both in regulation time and in the shootout and also assisted on a vintage snipe by Mike Cammalleri in an 8-4 loss for Team Canada.
Iginla spent parts of 16 seasons with the Flames between 1995–96 and 2012–13, setting new franchise records for career goals (525), points (1,095), and games played (1,219).
He scored 625 goals and exactly 1,300 points over 1,554 career regular-season games with the Flames, Pittsburgh Penguins, Boston Bruins, Colorado Avalanche, and Los Angeles Kings.