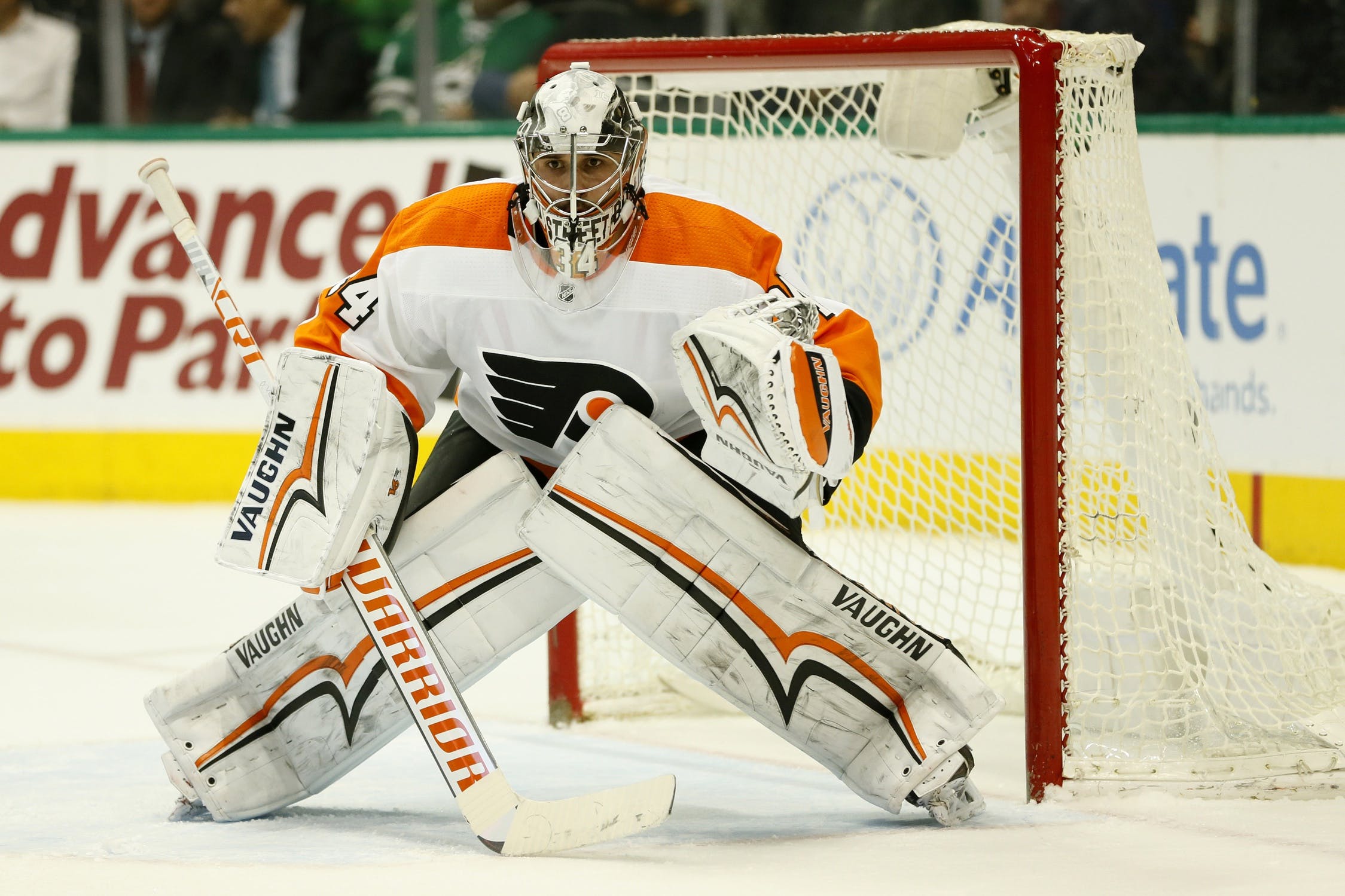 The Calgary Flames have been plagued by goaltending inconsistency for several years. When Brad Treliving traded for Mike Smith last year, the hope was that he could stabilize the crease, and for the most part, he did just that – until he went down with an injury. In his absence, the Flames’ lack of goaltending depth became abundantly clear as David Rittich and Jon Gillies each struggled to hold the interim starting job. When Smith did return, he was a shadow of his former self, and a string of rough starts was one factor that ultimately sunk the Flames’ playoff hopes.

In just four days, Petr Mrazek, formerly of the Detroit Red Wings and Philadelphia Flyers, will hit the open market. Is he a fit for the Flames?

Mrazek was a top prospect during his time in junior. He played three seasons with the Ottawa 67s, during two of which he was teammates with Sean Monahan, and played prominent roles for the Czech Republic at both the junior and mens levels. He was one of the top goalies in the 2012 World Juniors, most known for a brilliant 52-save win over the United States, and he even suited up for the Czech team in the 2012 World Championship at the age of 20. In his first year playing for the Grand Rapids Griffins (Detroit’s AHL team), he started 42 games and captured a Calder Cup.

His NHL career has been less of a consistent success story, however. His best season came in 2016 where he started 54 games for the Red Wings and sported a 2.33 GAA and .921 SV% (for reference, Vezina winner Braden Holtby posted a .922 SV% that season). Mrazek effectively stole the starting job from Jimmy Howard and played very well in his first season as a true starting NHL goaltender. Unfortunately, he wasn’t able to maintain that pace.

He was traded from Detroit to Philadelphia at last season’s trade deadline after it was rumoured the Red Wings were not going to tender him a qualifying offer this offseason. The Flyers chose not to send him an offer either and he will hit the open market on July 1.

Mrazek, who shared two seasons with Bill Peters in Detroit, looks like a goaltender who would benefit from a change of scenery. Taking out his rough 17-game stint with the Flyers at the end of last season, he posted a .910 SV% which is decent considering how bad Detroit was last year. He’s still arguable a high ceiling goalie who could take a starting role and run with it in the right circumstances.

One concern with Mrazek is that he has never played more than 54 games. Ideally, you should expect your starter to be able to handle a 60+ game workload and so far Mrazek has never shown he is capable of doing that. This might not be a problem for the Flames next season seeing as they likely would expect him to split duties with Smith, but his durability is a question mark. He seems better suited to be a 1B goalie rather than a true number one. However, if he does fair well as Smith’s backup, there’s no telling if he is able to assume the number one role once Smith’s time as a Flame comes to an end.

He signed a two-year, $8M contract with Detroit that has since expired, and because of his underwhelming numbers the last couple seasons he could probably be had for under $3M on a two- or three-year deal. Matt Cane of The Athletic projects his contract to be just under $3.2M AAV, but a team should be able to get him on a bit of a discount considering he’s fighting to remain relevant in the NHL.

Mrazek is an intriguing option for the Flames. Smith is definitely not a long-term solution for the team and Mrazek provides a cheap, youngish option between the pipes. He only has five full NHL seasons under his belt with lots of room to grow into the goalie many scouts expected him to be during his time in junior. Best case, Mrazek reaches his potential and provides excellent goaltending for five-plus years as a Flame. Worst case, he posts numbers similar to his last two years, isn’t able to find his game, and his contract ends up being a burden for a few years.

Signing Mrazek is a gamble, especially if it’s long term, but there is definitely an upside to giving him a fresh start on a new team. He’ll be looking to prove himself this year and if he can replicate his 2016 season, the Flames won’t have to worry about goaltending for the foreseeable future.