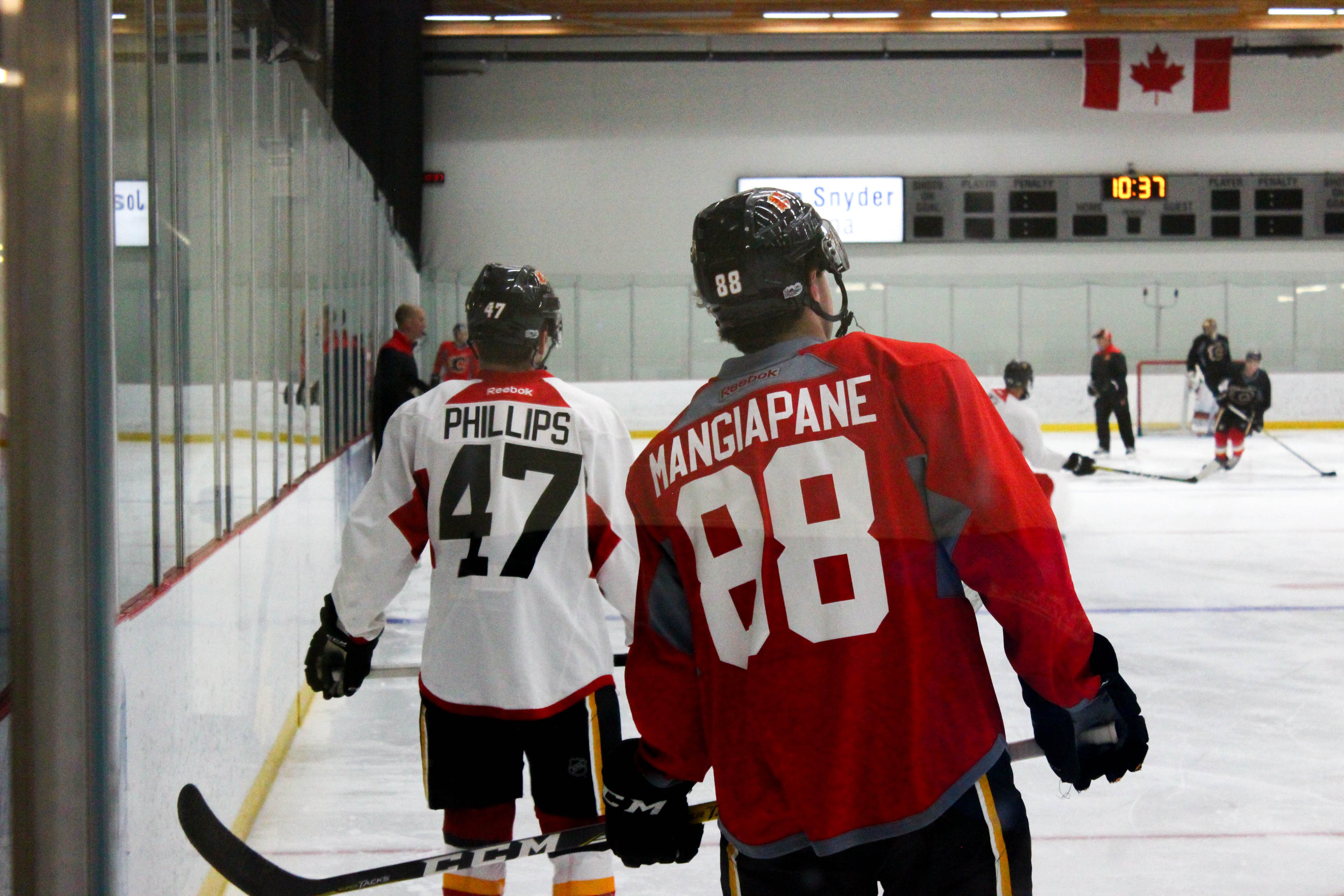 The NHL Draft is around the corner but it doesn’t carry the same exciting overtones as it has in years past, at least in a Flames context. Without a pick until number 105 in the fourth round, the Flames definitely won’t be in the running to add an elite top prospect to their roster this year – barring a trade that gets them into the first round.

That being said, it’s not crazy to hope the Flames select a couple players who at least have the potential to become decent pros. Fourth round targets include Riley Stotts, Axel Anderson, Merrick Rippon, and Liam Kirk, several of whom have high upside and could turn into NHLers down the road. Last season, there were 18 players to skate in a game for the Flames who were either drafted in the fourth round or later, or were not drafted at all. Let’s not forget that Johnny Gaudreau was a fourth round pick and Mark Giordano was signed as an undrafted free agent.

Looking at mock drafts before the big day is fun, but GMs, in their infinite wisdom, always have different opinions than the scouting services. And while this has led to some great draft day steals, straying from the rankings has also allowed high-ranked prospects to fall to other teams. It happens every year. Just under a year ago, the Nashville Predators were able to select Eeli Tolvanen 30th overall in 2017, despite him being ranked 11th by Future Considerations (FC). 2016 saw Jakob Chychrun, Alex DeBrincat, and Adam Fox fall down the draft board, all selected at least 10 slots below their FC ranking.

Could the Flames see a top 25 ranked player like Tolvanen or Chychrun or DeBrincat fall to them at 105? Almost definitely not. But could they see someone in the 30s or 40s or 50s fall? Probably.

For the purposes of this post, FC draft ranking data from 2010-18 is used. It’s tough to find consolidated draft rankings that were consistent year to year, and despite this list not being perfect, history has shown it is pretty good.

As expected, the willingness of GMs to “reach” for a prospect they like increases as the draft goes on. Over the past eight years, teams have mostly stuck to drafting top 100 ranked players in the first and second rounds, but after that, all bets are off. In fact, on average, over half the draft choices in the third round and later are from outside the top 100.

Every unranked player taken ahead of the top 100 offers an opportunity for teams later in the draft to select someone who is ranked higher than their draft spot, players who have “slipped”. How good these players are varies from year to year, but over the past eight drafts, a few trends exist.

Where it gets a more interesting is the 41-50 range. Over this time period, 12 players, an average of 1.5 per year, have fallen from their projected second round slot and ended up being available for selection in the fourth round. This has been an interesting range including players like Justin Faulk, Rickard Rakell, Vincent Trocheck, Matt Murray, and Tanner Pearson. (Even the Flames’ Dillon Dube and Rasmus Andersson were ranked in this range, though were taken in the second round.)

Going even further down the rankings chart, the average number of players who slip down to the fourth round increases.

It’s not unreasonable to assume the Flames will have a handful of players ranked in the top 75, or even top 50 to be available to them when they finally select at #105 this Saturday. Treliving has arguably been one of the better managers when it comes to selecting players in the later rounds of the draft. If he doesn’t make a play to move up in the draft order, perhaps someone exciting will fall to the flames in the fourth.

Looking at past years, there are several players that have been drafted in the fourth round at least 10 slots below their FC ranking and have played at least half an NHL season:

This list doesn’t even include unranked now impact players who were taken in the fourth round, such as Joonas Donskoi, Gaudreau, Braden Holtby, Mattias Ekholm, Keith Yandle, and Victor Arvidsson, just to name a few.

Finding value in late rounds isn’t easy, but the Flames have had an eye for talent over Treliving’s tenure. Drafting players like Andrew Mangiapane, Matthew Phillips, D’Artagnan Joly, and Adam Ruzicka after the third round definitely increases confidence that Treliving will be able to maximize his late round selections this year.

The odds the Flames will find another Gaudreau in the fourth round are low, but that doesn’t mean they can’t find value. This draft could still end up being one where the Flames, like in years past, are able to add some exciting names to their prospect pool. For a team that last year iced 18 players not drafted in the first three rounds, one thing is for certain: there is value to be had and the Flames are pretty good at finding it.