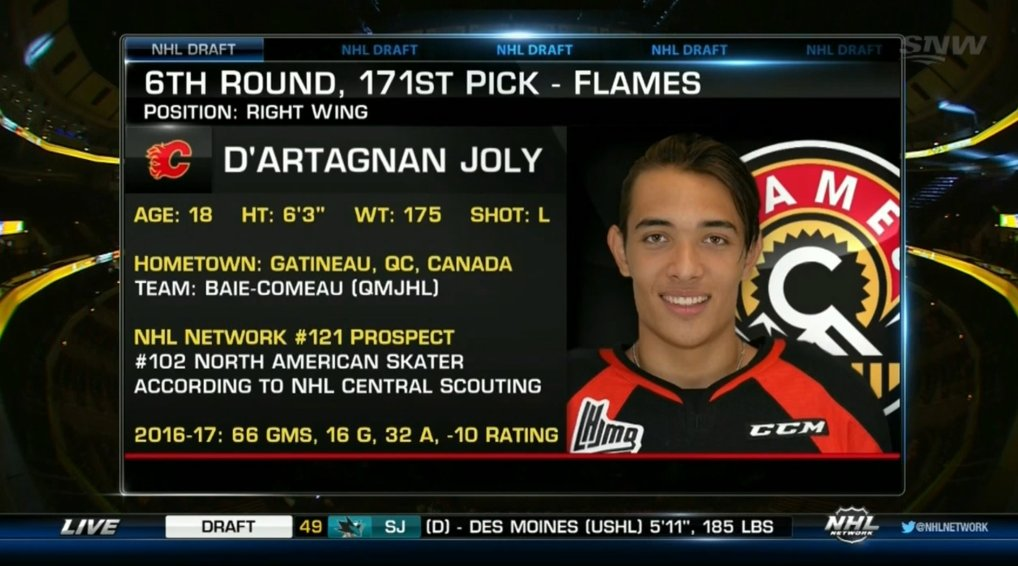 With their fourth pick this draft, the Flames have gone to the QMJHL for the first time since 2014 to select right winger D’Artagnan Joly.

Similar to previous pick Zach Fischer, Joly is a big, right-handed power forward. He’s listed at 6’3 and 181 lbs, and scored 16 goals and 48 points in 66 games for the Baie-Comeau Drakkar. He’s a player who likes to shoot often and shoot up close, according to his heat maps. We’ll have to wait and see how he produces when he gets bumped up to Baie-Comeau’s first line next year.

CanucksArmy ranked him the 94th best prospect in the draft. Although he only has a 9.4% expected success chance, he has an expected 42.4% points/82.

The Flames will have one more pick today, barring any trades. They’ll be up again at pick number 202 and then will probably be done for today and the 2017 draft. Onto Canada Day and free agency.

Please enjoy this video, courtesy of Mike FAIL, about Joly’s playing style and how he got his amazing name.