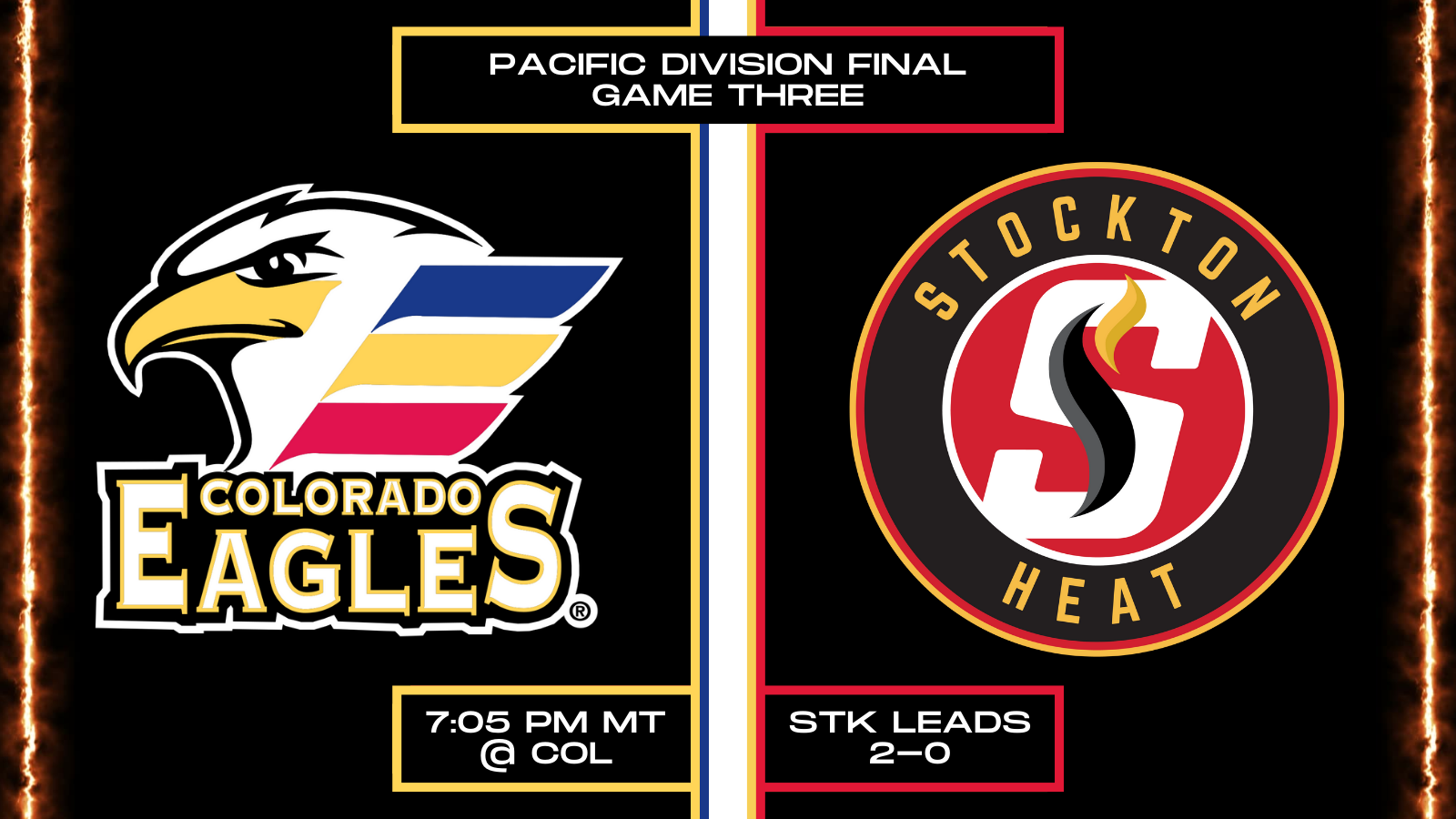 Photo credit: Graphic by Mike Gould
By Mike Gould
6 months ago
Comments
The Stockton Heat have yet to allow a single goal in the Pacific Division Final.
Heat goaltender @Dustin Wolf has stopped all 50 Colorado Eagles shots he’s faced as his team has taken a 2–0 series lead in the third round of the 2022 Calder Cup Playoffs.
As the series shifts to Loveland, CO for Game 3, the Heat need just one more win to take the best-of-five series and advance to the Western Conference Final.
Four different members of the Heat have beaten Eagles goaltender @Justus Annunen thus far in this series: @Justin Kirkland, @Andy Welinski, @Eetu Tuulola, and @Matthew Phillips.
Stockton won Game 1 on Monday by a 5–0 score before scoring the only goal in Game 2 the following night. Kirkland has half of Stockton’s goals in the series, including back-to-back winners.
Advertisement
Ad
Advertisement
Ad

It remains to be seen whether @Glenn Gawdin will return to the Heat lineup on Friday after missing the first two games of the series while attending to a family matter. Rory Kerins has filled in on Stockton’s top line during Gawdin’s absence.
After being eliminated from the Stanley Cup Playoffs on Thursday, the Calgary Flames assigned @Adam Ruzicka, @Connor Mackey, @Juuso Valimaki, and @Adam Werner back to Stockton. They’re not expected back in time for Game 3.

We mentioned him here after Game 1. We’re mentioning him again after Game 2.
Justin Kirkland is on fire. The big winger emerged as a legit goal-scoring threat in the regular season (25 in 66 games) and has continued firing away in the playoffs.
Kirkland, 25, has four goals in five post-season games this year. He scored his second consecutive game-winning tally in Stockton’s 1–0 victory over Colorado in Tuesday’s Game 2.
Advertisement
Ad
Advertisement
Ad

Game 3 in Loveland, CO will be broadcast on AHL TV (subscription required) and on Spreaker (audio only), with the opening puck-drop set for 7:05 p.m. MT.
FlamesNation contributors Paige Siewert and Mike Gould will provide live game updates on Twitter. Additionally, you’ll be able to follow along at TheAHL.com.