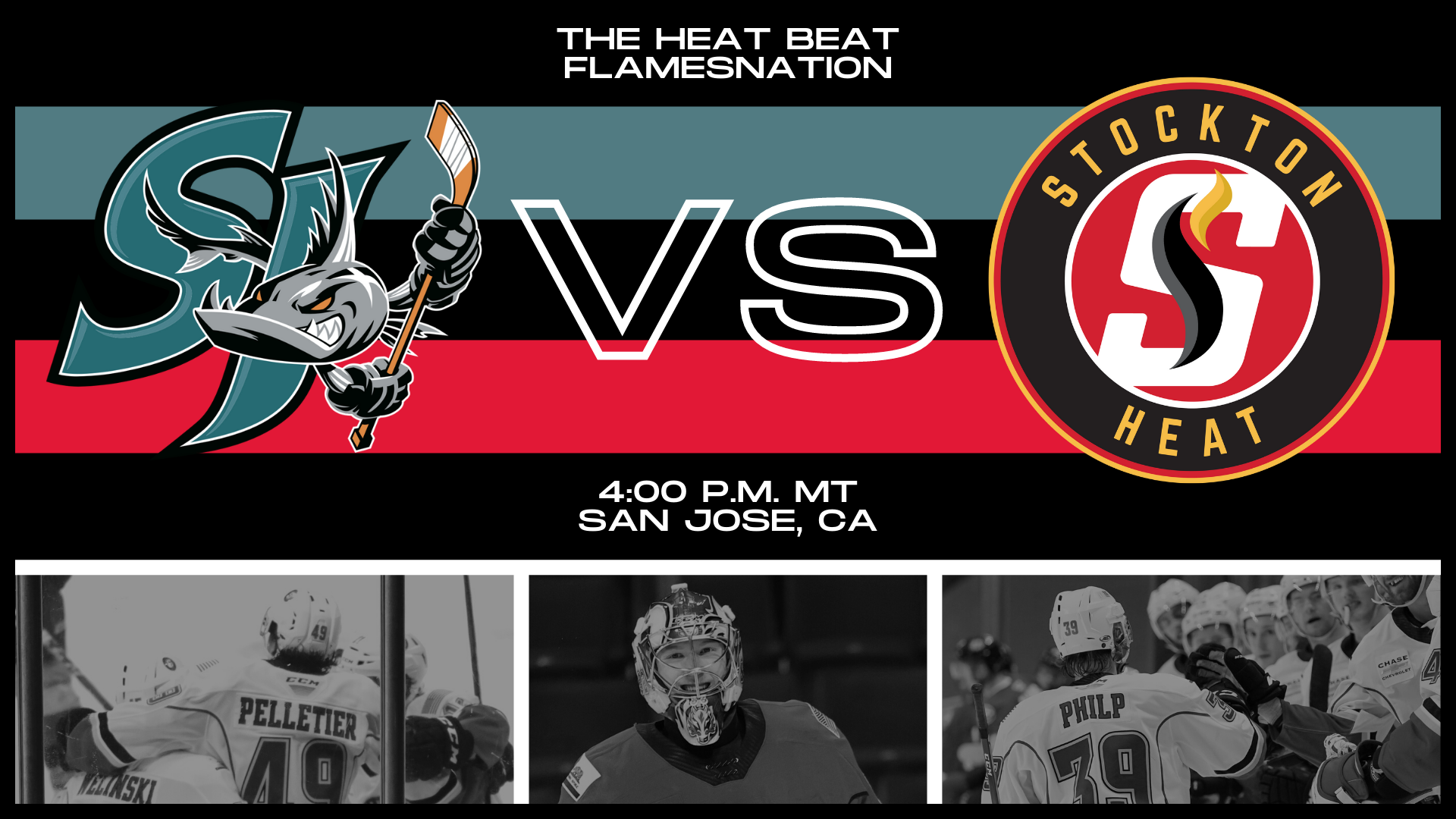 Photo credit: Graphic by Mike Gould
By Mike Gould
10 months ago
Comments
Stockton Heat rookie @Connor Zary will try to keep the good times rolling when his team visits the San Jose Barracuda for a matinee game on Sunday.
Zary, 20, has 10 goals and 22 points in 45 games with the Heat this season, but his overall numbers don’t quite do him justice for his play over the past few weeks. The 2020 first-round pick started slowly in 2021–22 while recovering from a foot injury he sustained in training camp, scoring just nine points in his first 26 games of the season.
Since then, Zary has 13 points in his last 19 games (including five goals in his last seven contests) and now ranks eighth among the team’s active players in scoring. He neatly tipped a @Justin Kirkland shot past San Jose goaltender @Zachary Sawchenko for Stockton’s first goal in its 7–1 victory over the Barracuda on Saturday.

Zee gets a piece and pulls us even pic.twitter.com/0CSpDgagGq

@Matthew Phillips and @Eetu Tuulola scored twice for Stockton in Saturday’s win, with Phillips tying the club record for most goals in a single season with 27. @Jakob Pelletier picked up an assist to tie @Mark Jankowski’s Heat rookie record with 56 points.
Advertisement
Ad
Advertisement
Ad
@Glenn Gawdin and @Adam Ruzicka also scored for the Heat on Saturday, with Ruzicka returning to the lineup in his old No. 1 centre spot after missing the previous three games with a non-COVID illness.
The Heat and Barracuda have faced off on nine previous occasions this season and will meet for the final time on Sunday. Stockton has won eight of the first nine meetings between these two teams this season, including a 10–1 victory back on Dec. 7, 2021.
San Jose (20–35–4) currently owns the worst record in the American Hockey League and is unlikely to qualify for the Calder Cup playoffs; Stockton (40–12–5) has the league’s best points percentage — .746 — and is in line to earn a bye into the second round of the post-season.

This section excludes players recalled to the NHL or on assignment to other leagues.
Stockton Heat
San Jose Barracuda

Eetu Tuulola scored a pair of goals in the 7–1 Heat win on Saturday and his first marker of the contest ultimately stood as the game-winner.
Advertisement
Ad
Advertisement
Ad
The 24-year-old Finn has tied his AHL career-high scoring output with 23 points in 50 games. Tuulola’s first goal on Saturday came off the rush on a Heat penalty kill in the final minutes of the first period, with the 6’2″ winger beating Sawchenko from a sharp angle to make it 2–1.
Tuulola’s 13 goals this season rank seventh on the Heat, behind Phillips, Pelletier, Philp, Froese, Kirkland, and Gawdin.

The Big Finn with a big goal pic.twitter.com/9kBfRZEmid

Sunday’s game in Stockton will be broadcast on AHL TV (subscription required) and on Spreaker (audio only), with the opening puck-drop set for 4:00 p.m. MT.
FlamesNation contributor Paige Siewert will provide live game updates on her Twitter account. Additionally, you’ll be able to follow along at TheAHL.com.