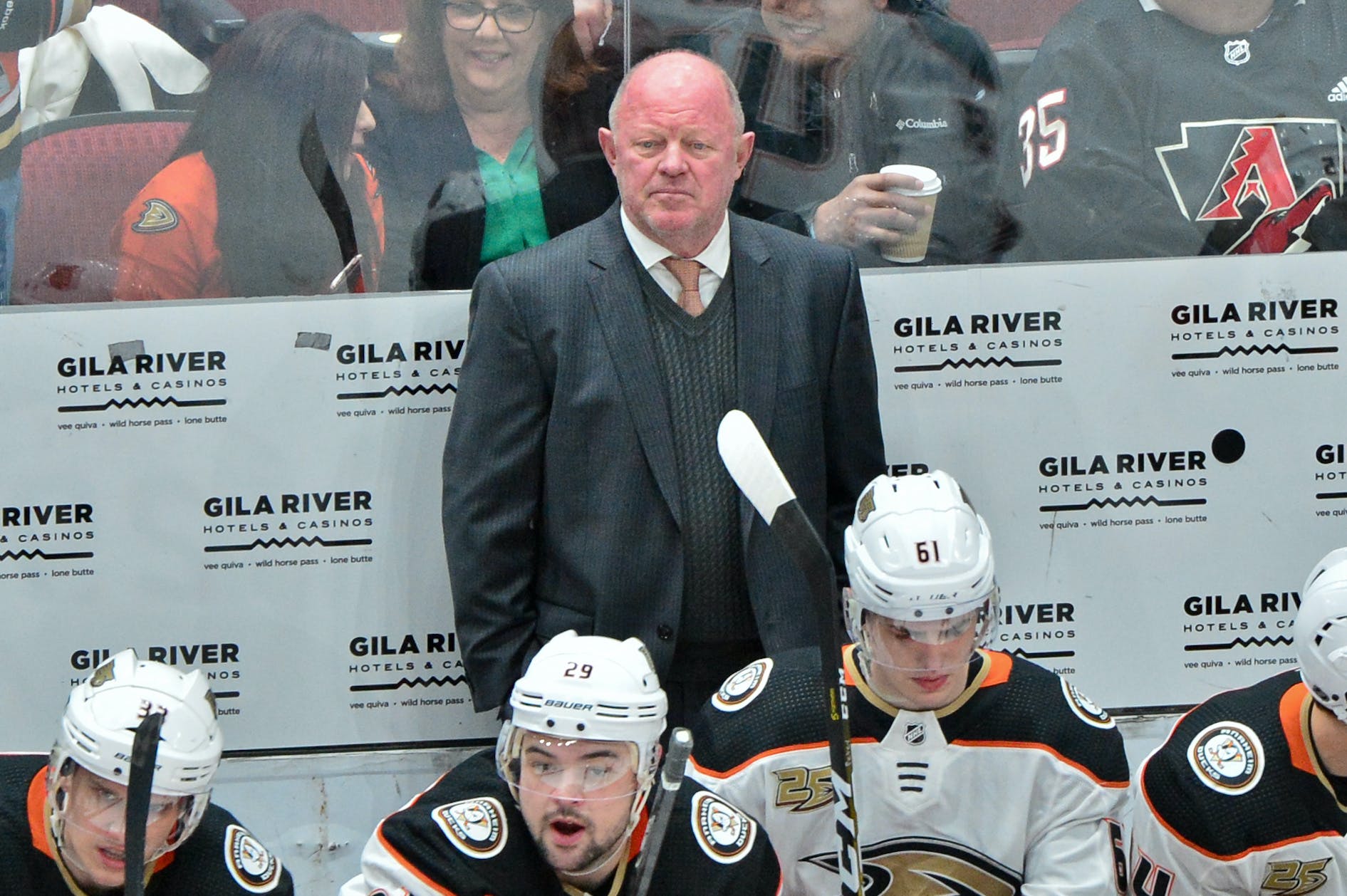 By Mike Gould
11 months ago
The Calgary Flames have hired former Anaheim Ducks general manager Bob Murray as a scout, according to a report by Eric Stephens of The Athletic.
Murray, 67, is a former National Hockey League defenceman who served as Ducks GM from 2008 to 2021 and coached the team for 26 games in 2018–19.
On Nov. 10, 2021, Murray resigned from the Ducks after being placed on administrative leave by the team the day before. Murray’s departure came in the wake of revelations that the Ducks were investigating allegations made against him of improper professional conduct with players and staff.
In addition to resigning, Murray said he would enter an alcohol abuse program after leaving the Ducks. Jeff Solomon took over as interim GM in Anaheim following Murray’s departure.
According to Stephens’ report, Murray will remain in the area where he last worked while operating on the Flames’ behalf:

Murray, who will largely operate on the West Coast, attended the Ducks’ game against the San Jose Sharks Tuesday night at Honda Center.
There is a connection to the Flames as Murray and current head coach Darryl Sutter have had an association dating back to when the two were teammates on the Chicago Blackhawks in the early 1980s. Despite being Stanley Cup-contending rivals during a time when Murray presided over the Ducks and Sutter coached the Los Angeles Kings, the two have formed a tight relationship over the decades.
Murray hired Sutter as an advisor to the Anaheim coaching staff in the summer of 2019. Sutter would leave to take the Calgary job, replacing Geoff Ward. Ironically, Ward was brought on as an assistant to Ducks head coach Dallas Eakins for the 2021-22 season.

Murray won a Stanley Cup with the Ducks in 2007 while serving as the team’s senior vice-president of hockey operations under then-GM Brian Burke.