Calgary Flames playoff round review 2021-22: 4-3 in first round against Dallas 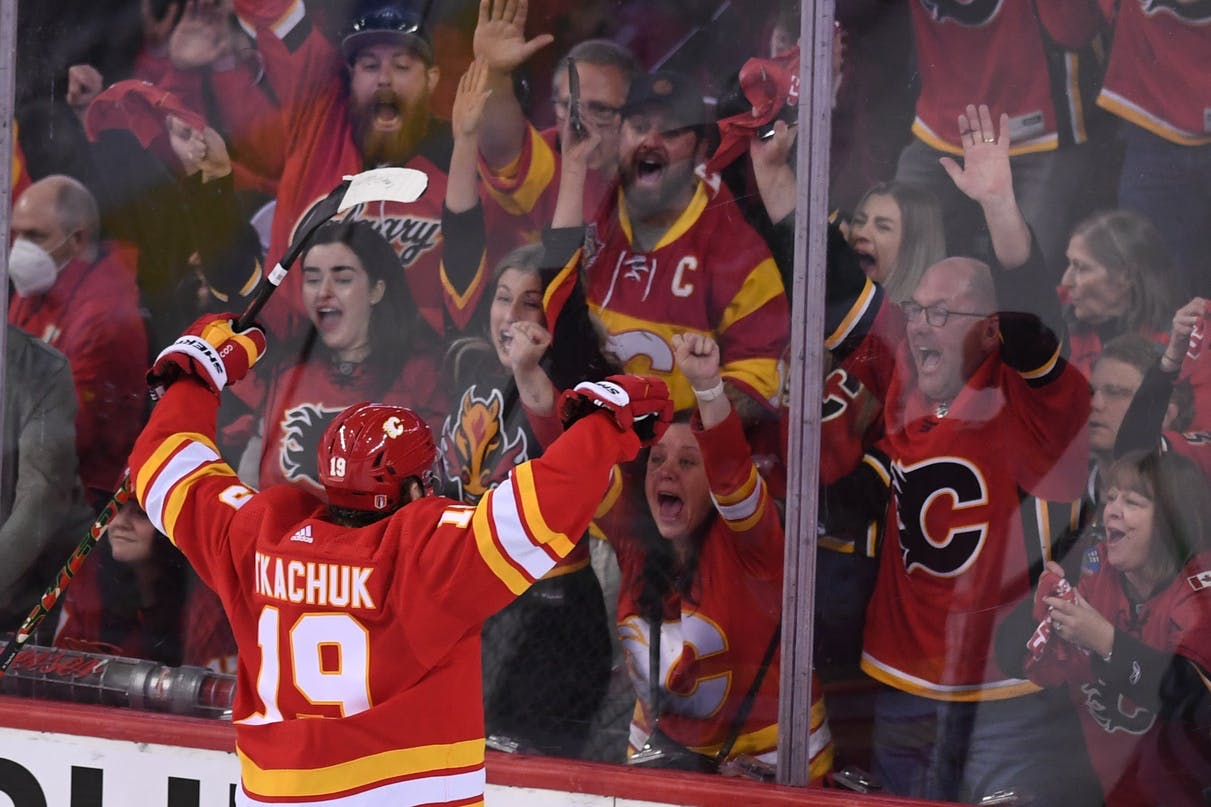 By Ryan Pike
8 months ago
The Calgary Flames have defeated the Dallas Stars in the opening round of the 2022 Stanley Cup playoffs. In keeping with our regular season seven game segments features, we’ve decided to dive into the Flames’ performance during the past seven games.
In short: it was quite good, despite the team not scoring oodles of goals.
Underlying numbers via Natural Stat Trick.
Regular season segments:
The Flames won the majority of their regular season segments, but this playoff series featured (a) them facing the same team repeatedly and (b) a lot of really sustained puck possession throughout most of the games.

(Percentage stats in this table are 5v5 and via Natural Stat Trick.)
The Flames had an expected goals edge in every single game, though it was at its smallest at five-on-five. And for all of Jake Oettinger’s excellence, the two games where the Flames had a massive edge in possession (Games 4 and 7) they managed to win. The weakest possession games for the Flames, conversely, were Games 3 and 6, both losses, but both close games.
The special teams were a mixed bag. They only scored twice, but only got scored on twice. More on special teams in the next section.

During the regular season we compared the Flames within their own division. Now? We’re comparing them to all 16 of the NHL’s playoff teams.
In terms of process, the Flames were really productive offensively and stingy defensively. In terms of results, the reason why there’s a big gap between the team’s ranking in expected goals for and actual goals for is named Jake Oettinger. The Flames’ shooting percentage was roughly four percent lower in this series than it was during the regular season, which is almost like cutting it in half. If they get the same amount and quality of chances going forward, there’s no damn way that stays so low.
In terms of special teams: the power play was second among playoff teams in generating expected goals, but got Oettingered. The penalty kill had the third-lowest expected goals allowed.

First, the forwards (all situations, ordered by ice time). Last segment’s figures are in brackets.
xGF% is used as a proxy for possession, offensive zone face-off percentage (OZF%) as a proxy for usage, PDO as a proxy for puck luck. Game scores: Positive values indicate positive impact, negative values reflect negative impact.
The most common Flames forward lines were (in descending order):
So, the Flames really had no “bad” forward performances. Basically everybody had strong possession numbers, though hardly anybody went crazy offensively because of Oettinger. The standouts were Gaudreau, Backlund, Lindholm and Tkachuk, but essentially everybody was a positive contributor.
Feast your eyes on the low, low personal shooting percentages for everybody, as well as fairly low PDOs across the board.
Now, the defence (all situations, ordered by ice time):
he most common defensive pairings were (in descending order):
Tanev missed four periods in the series, but was quite good. Again, as with the forwards, everybody was good. Zadorov, Gudbranson, Kylington and Stone stood out, though.
As with the forwards: low personal shooting percentages and PDOs because of that dastardly Oettinger.
And finally, goalies (all situations):
In a nutshell: Jacob Markstrom was excellent over the past seven games. His .943 personal save percentage over the series is a franchise record, and he provided stingy goaltending against all shot danger categories. He allowed zero softies by this definition. He didn’t go God mode like Oettinger, but he was a tiny bit behind the Dallas goaltender.