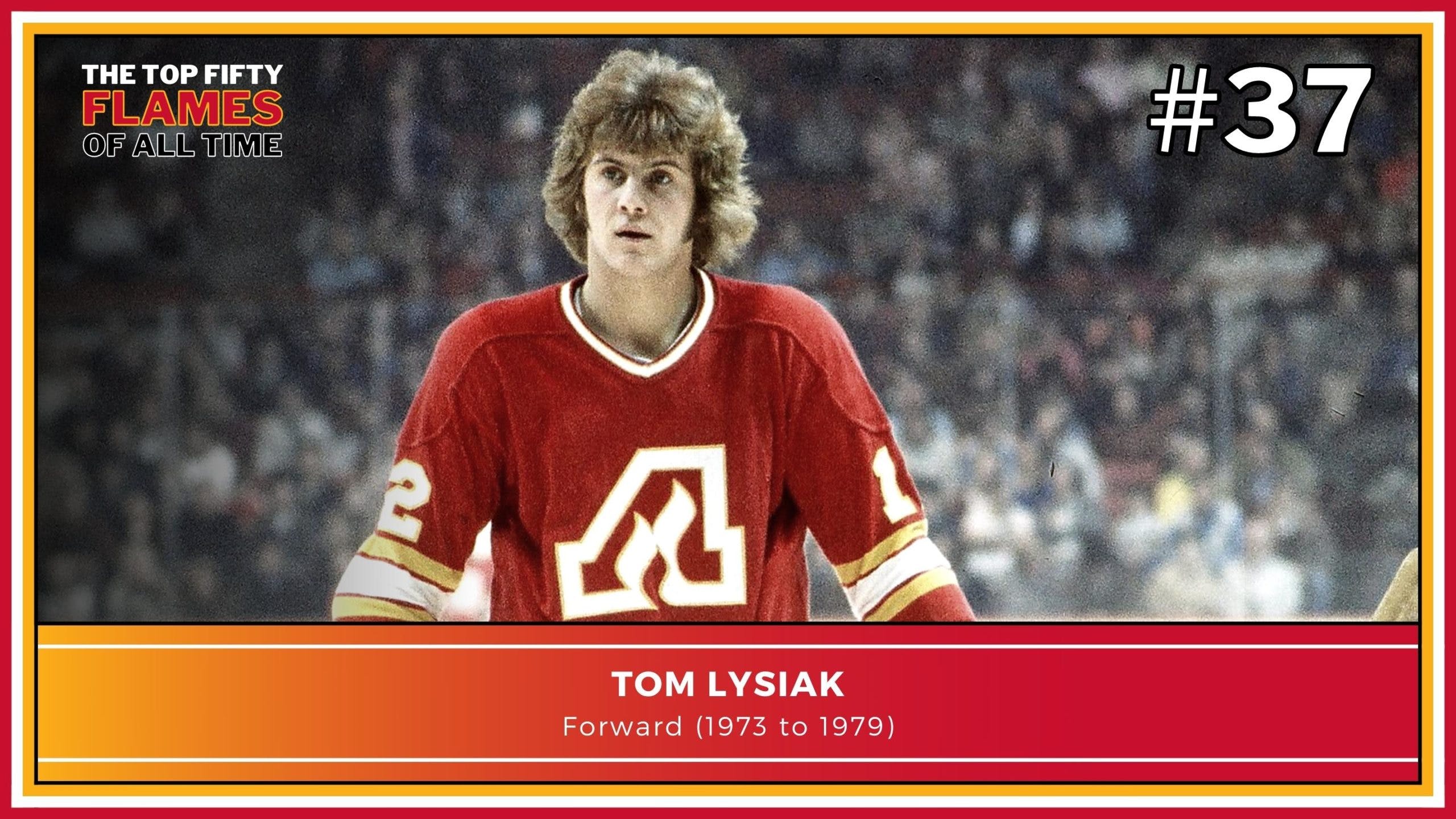 Sometimes when we look back on the illustrious history of the Flames franchise, we don’t give enough shine to some of the bright lights of the Atlanta Flames who set the foundation for the club’s success following the relocation to Calgary.

Case in point: Tom Lysiak, #37 on our list, who was arguably the franchise’s first big star.

A product of High Prairie, Alberta, Lysiak played his junior hockey with the Medicine Hat Tigers and led the WCHL in scoring in each of his last two seasons. He was selected by Atlanta at second overall in the 1973 NHL Amateur Draft.

Lysiak went pro immediately and jumped right into the Flames’ lineup – and that probably wasn’t hard to do, given the team was in its second season of existence and just finished second-last in the NHL standings. But Lysiak took the opportunity and ran with it, scoring 19 goals and 64 points as a rookie to lead the Flames in scoring. He finished second in Calder Trophy voting.

From then on, Lysiak was a really reliable scorer for the Flames. He scored 30 goals twice and 20 goals another three times. He was named the Flames’ captain prior to the 1977-78 season, a role he served until his departure in a mid-season trade to Chicago in 1978-79. (The trade itself was pretty bonkers, featuring eight players changing teams.) From the Atlanta years, Lysiak is the Flames franchise lead in assists and points.

Lysiak eventually retired following the 1985-86 season after seven seasons and change with Chicago. He wasn’t around the Flames for a long time, but he was extremely useful and reliable for a Flames club in Atlanta that was trying to build itself up and figure itself out. Lysiak was the right guy to lead the team through those tumultuous early years… and he just wasn’t around for the relocation to Calgary to see the fruits of his labours.

The Flames have two players who wore #12 who were definitely more important to the franchise’s success – you can probably guess who they were – but Lysiak was a crucial part of the club’s formative seasons. (He passed away after a battle with leukemia in 2016.)