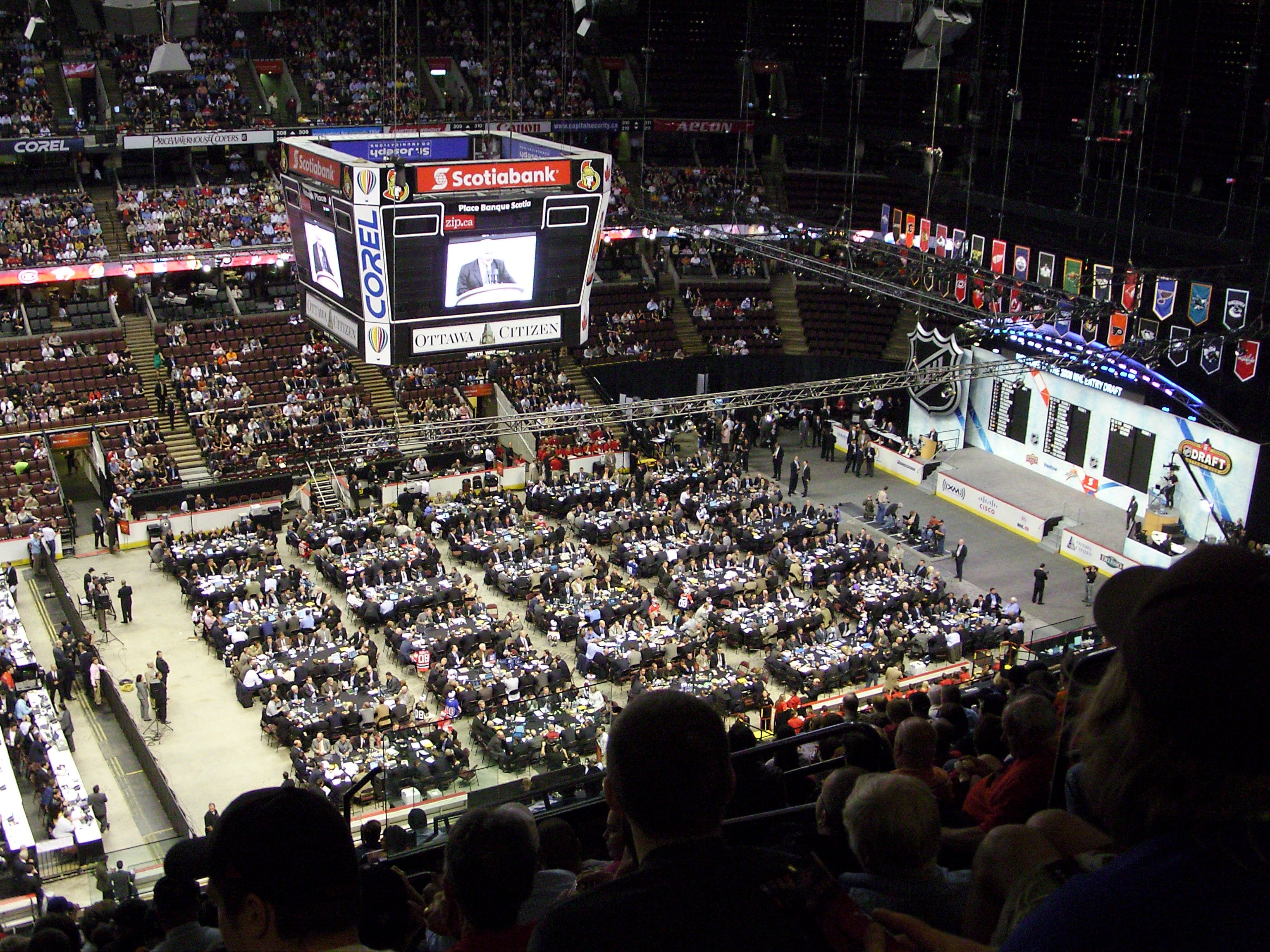 The Calgary Flames have been a part of the NHL Entry Draft now for what will be the 38th year. Over the history of the franchise, there have certainly been superstars as well as disappointments. That begs the question: how have the Flames’ drafts looked overall?

In almost four decades, the Flames amassed 367 prospects at the entry draft: 339 skaters and 28 goaltenders, all of which have donned the Flaming C on their fateful days over many Junes. Since then, countless iterations of the Calgary Flames have come and gone, but the stories and memories are far from forgotten.

To breakdown the entire Flames draft class, a few high-level measures were looked at: draft selection and draft year compared to career points and games played. At the very least, this should give an idea of how often the Flames have succeeded with their drafting, as well as highlight some unique standout players.

The following charts detail the NHL careers of all Flames draft picks, not including goaltenders. Each chart indicates a player’s career total (shown in grey) as well as how they fared during their time as a Flame (shown in red). A single point with no connecting line indicates that a player was or has been a Calgary Flame for the entirety of their career.

The Flames have picked as early as fourth overall and as late as 279th. It should be expected that higher draft picks should ultimately see more time at the NHL level, and that holds true for the Calgary Flames.

The higher density of points on the left side shows that indeed more players who were drafted early are more likely to find success at the NHL level.

The Flames have drafted 30 players that went on to score at least 200 points over their career. Among those players, four are still active on the Flames roster.

Elsewhere in the league, only one remaining Flames draftee with more than 200 points still plays NHL hockey.

Ten players drafted by the Flames surpassed the 500-point total, nine of which were drafted in the 80s, with Cory Stillman being the odd man out, drafted in 1992.

The highest scoring Flames draftee of all time was in fact Hockey Hall of Famer Brett Hull, drafted 117th overall.

As the draft position gets later, only a handful of Flames draft picks has seen success regarding point production. After the 150th pick, only six players have broken the 200-point threshold over their careers. Hakan Loob was the only player to do so all while playing for Calgary.

When looking at the games played chart, a more sizeable amount of players had NHL careers despite being drafted much later in the entry draft. The spread is consequently larger, however, as players don’t necessarily have to be point scorers to be NHLers.

Playing 1,000 career games is a rarity in the NHL; only 322 players have made it to that milestone. Nine Flames draftees did so, but none of them did it all as a Flame.

Al MacInnis played the most NHL games as a Flames draftee and also leads the way with games played as a Flame. Mikael Backlund is currently the most likely draftee to catch MacInnis, having logged 543 games.

When plotting the Flames draftees by draft year, interesting observations can be made regarding entire draft classes, as well as the drafting strength of the organization.

In many cases, only a couple of prospects turned into NHLers, and even fewer turned into point scorers.

The only draft year that has seen all prospects get NHL time was 2011 – including Laurent Brossoit (not shown on the plot as he’s a goaltender).

In all other years, at least two draft picks did not make it to the NHL.

The worst draft year in franchise history was 1982, when out of 14 selections (13 skaters and one goalie), 11 played zero games in the NHL. Here are the three players from the 1982 draft that ultimately saw NHL time.

If not for Kromm, the Flames would have received a total of three NHL games from their entire draft class. It’s easy to conclude that the 1982 draft was a failure of astronomical proportions. The other players a part of that class were: Jim Laing, Dave Meszaros (goaltender), Lou Kiriakou, Jeff Vaive, Mats Kihlstrom, Brad Ramsden, Roy Myllari, Ted Pearson, Jim Uens, Rick Erdall, and Dale Thompson; all household names in NHL folklore.

More recently, there’s been a few bad draft years in the 2000s, particularly during Darryl Sutter’s tenure as general manager of the Flames. From the 2003 entry draft through to 2010, the Flames selected 54 skaters.

Among them, Backlund, Brodie, and Micheal Ferland are the only Flames still on the NHL roster. Removing these three, as well as Phaneuf, the aggregate point total of the remaining 50 players is 398, and as Flames, that number drops to 169. Not a great result for eight years of drafting.

The present and the future

Suffice to say, some of the most exciting drafts for the Flames have come in recent years. A lot of the drafting that Calgary has been a part of has been exponentially better. With many drafted prospects either playing in the NHL full-time or excelling elsewhere in the system, one could easily expect that these charts would update with a few higher points in the coming years.