Advertisement
Ad
Which goalies could the Flames target in free agency? 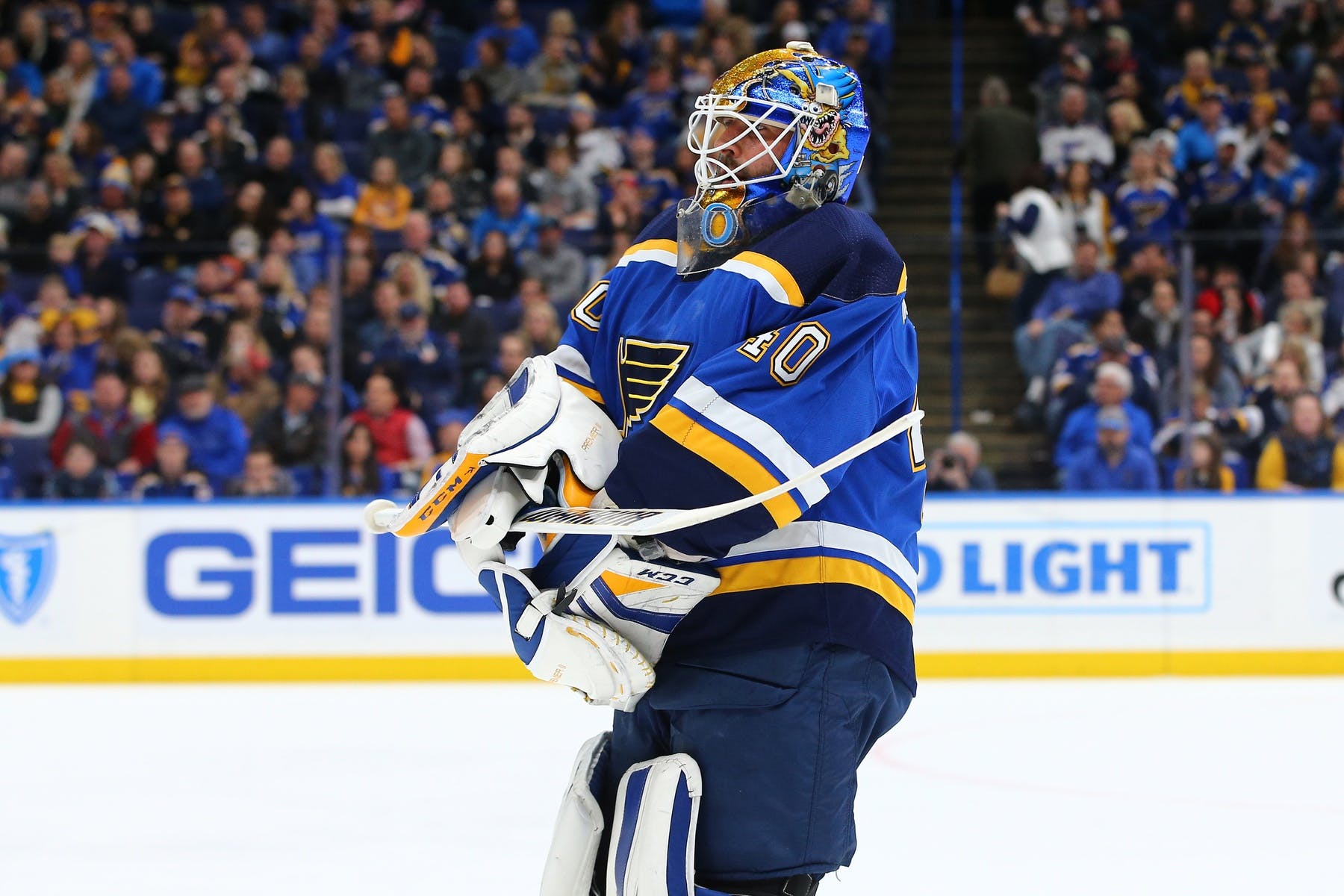 The Calgary Flames’ goaltending situation can be best described as a revolving door. Over the past three seasons, the Flames lead the league with 10 different goaltenders to start in net, seven of which played at least 20 games. The only team that comes close is the Arizona Coyotes with nine goaltenders to start over this period, but only three played at least 20 games. When your only comparison is the Coyotes, that generally signals a fairly significant problem is present.

Cumulatively, these ten Flames goaltenders sport a 2.76 GAA, .906 SV%, and 11 shutouts over 246 games. Excluding the Vegas Golden Knights, they have allowed the seventh most goals in the NHL, have the 11th fewest wins, and the sixth most losses.

Coincidentally, Mike Smith has started the most games for the Flames and Coyotes over the three year stretch. In Calgary, he ranks first with just 55 games started, and been the best goalie in terms of SV% at .916%. He was a clear improvement over years past and was recognized for his strong play early in the season with an All-Star Game appearance, but with his first season in Calgary now over, he finishes ranked 20th in SV%, 24th in GAA, and 19th in wins. An improvement, yes, but still below average for a team that was expected to be a perennial playoff contender.

Beating the same dead horse gets boring after awhile. Yet, here we are again, after another season that saw the Flames ice a mediocre group of goalies, searching for a solution to their goaltending woes. It’s the obstacle that this team just can’t seem to hurdle since Miikka Kiprusoff retired, and it’s been strikeout after strikeout at attempts to fix the problem. Once again, Flames management will try and address their issues in the blue paint: who should they target on July 1 in free agency?

This year’s class of UFA goalies is thin. With Carey Price, Martin Jones, Craig Anderson, and Antti Raanta re-signing with their clubs in advance of free agency, the current crop of available goaltenders is a mixed bag. It includes former starters past their prime, decent backups potentially looking to graduate to starting duties, and a handful of goalies nobody has ever head of before. The Flames will probably look to sign someone a little younger than Smith with the ability to give Smith more consistent rest days, and fill in if he gets injured again. (Either that or roll with David Rittich again.)

The three most interesting goalies who stand out from the pack when considering age, performance, and potential to handle starting duties are ones coming off impressive seasons in backup roles: Carter Hutton, Anton Khudobin, and Jonathan Bernier.

Here’s how they stack up:

Despite the Blues failing to make the playoffs this year, an important reason they were able to last until their very last game was because of the brilliant play of Hutton. In 32 games, he ranks first in the NHL in GAA and SV%, and was relied upon heavily in January and February when the Blues were fighting to keep pace in the ultra tight Central Division. The oldest of the three goalies at 32 years, Hutton is no stranger to playing a high number of games and filling in for a struggling or injured starter; he played 30 games last season for the Blues and 40 in 2013-14 for the Predators. His career SV% is .915 and while he has been relied upon as a strong backup, he has shown he can shoulder a moderate to high workload.

Hutton’s quality start percentage this season was an impressive .731 (ranked first overall among goalies with more than 5 GP) and his goals saved above average a whopping 15.09 (ranked 10th overall). This was by far his best statistical season, albeit behind a strong defensive team.

Still one of the best goaltenders in the world, Tuukka Rask was surprisingly not the reason why the Bruins were able to come within one win of first in the Eastern Conference this year. In an uncharacteristically inconsistent season from Rask, Khudobin was heavily relied upon for goaltending stability as the Bruins fought their way from bubble team to one of the most elite in the league. Khudobin is one year younger than Hutton at 31 years, but has three more years of experience in the NHL with nine in comparison to Hutton’s six. Khudobin also has a career SV% of .915, and this year ranked 15th overall in GAA, 20th in SV%, and 19th in total quality starts of all goalies who played more than 30 games. His statistics aren’t nearly as good as Hutton’s, but Boston did allow more high danger chances this year at 5v5.

Khudobin hasn’t been as much of a workhorse as Hutton, topping out at 36 games played in 2013-14 with the Hurricanes. However, he does have three seasons with 30+ games played, equal with Hutton.

One of the most intriguing storylines of the year was the almost magical comeback of the Avalanche. After finishing last overall just one season ago, the Avalanche climbed all the way back and qualified for the playoffs. Starter Semyon Varlamov only suited up for 51 games due to injury, and Bernier was instrumental in helping the Avalanche stay alive in a tight playoff race. He is the youngest of the three goalies and the only one to have legitimate experience as a starter in the NHL during his time in Toronto. Over the past five seasons Bernier has averaged 45 games played and has a similar .913 career SV%.

He had 18 quality starts this year, just one behind Hutton, but had the lowest quality start percentage at .529, despite the fact that Colorado was ninth overall in suppressing scoring chances and high danger chances this season at 5v5. Bernier’s cap hit this year was also more than Hutton and Khudobin’s combined, and will likely demand a raise in free agency should he get there.

I’m not sold on having Gillies or Rittich as the backup next season. They were simply too inconsistent and weren’t able to play well when Smith was injured. With more AHL seasoning, Gillies can work his way into capable backup territory, but if the Flames are to return to the playoffs next season, a stop-gap is needed between the pipes.

Hutton is definitely the best option when it comes to UFA goalies. He led the league in two major statistical categories and despite his slightly older age has proven he can be relied upon for 30 starts. This would bring Smith’s workload down to 50 games and ideally would allow both goaltenders to avoid large stretches of poor play due to fatigue.

Bernier is a good second option mostly because of his track record of handling a large workload. His play is not at the same level of Hutton’s, but Bernier was strong in holding a fragile Avalanche team together down the stretch. Perhaps Hutton’s numbers are boosted by playing behind a defensively strong team, but Colorado was one of the best teams at limiting opposition chances this season.

Khudobin lands in the third place here. He doesn’t have the same proven ability to start a large volume of games, and though he played well in stretches for the Bruins, his consistency is lacking. That being said, Khudobin could be a capable backup to Smith starting 25-30 games, and be able to fill in during a cold streak or injury.

If the Flames do turn to free agency to help bolster their goaltending for next season, they should focus primarily in signing one of either Hutton or Bernier. Hutton will definitely garner interest from several teams, but a Smith-Hutton tandem looks like the best option for next year.