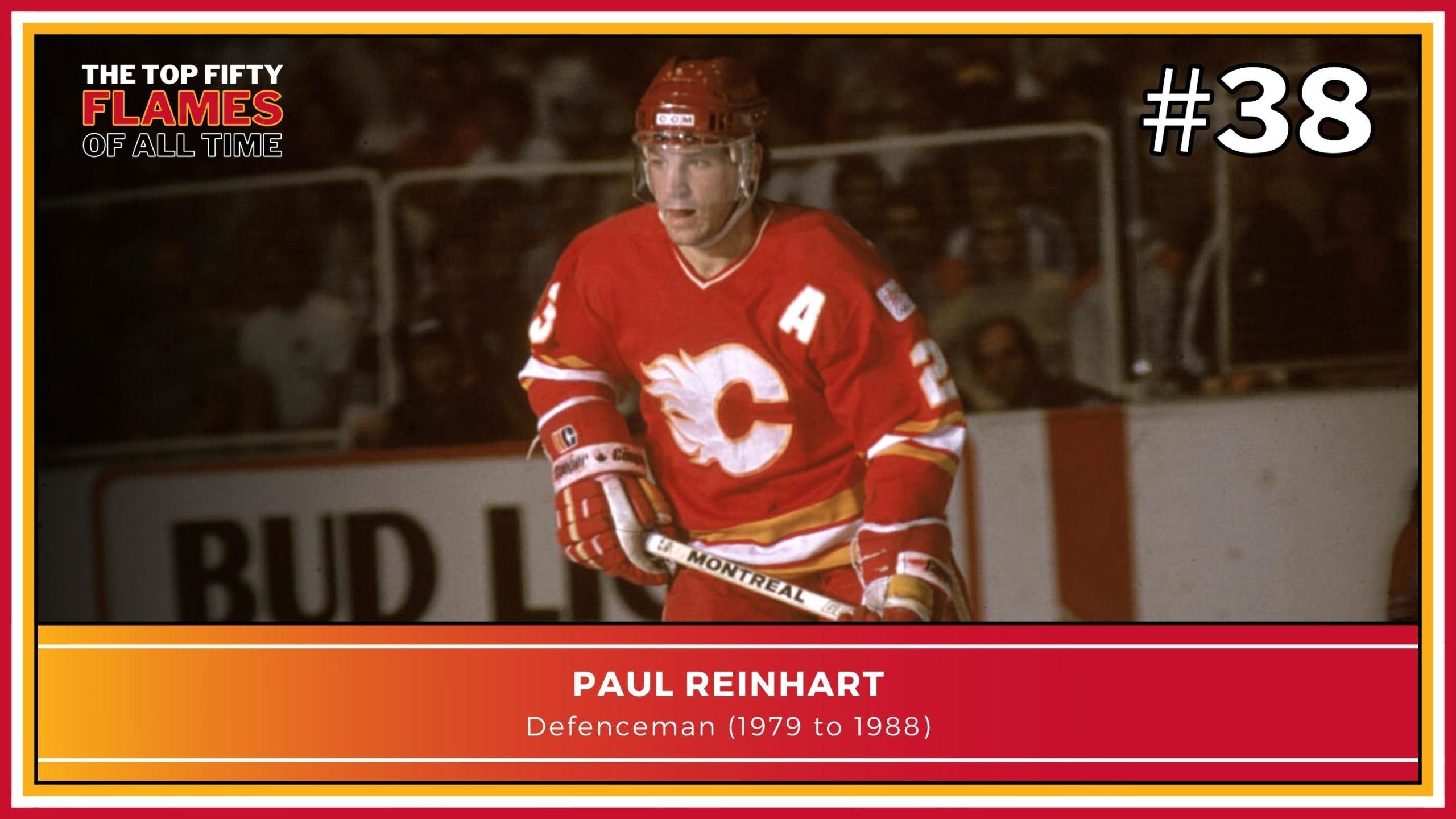 By Ryan Pike
2 months ago
Sometimes players emerge that defy definition. Among those players is Paul Reinhart, a player that was technically a defenceman but was functionally more of a rover than a traditional blueliner.
Whatever you want to call what Reinhart did, he was really good at it. He’s #38 on our countdown.
Player, 1979-88
A product of the Kitchener Rangers (of the then-OMJHL) – where he played centre and defence – Reinhart was selected 12th overall by the Atlanta Flames in the 1979 NHL Draft. Reinhart immediately went pro and was Atlanta’s high-scoring defender as a rookie, finishing second to some guy named Ray Bourque for points by freshman blueliners. Not bad company. He finished fifth in Calder balloting.
In a lot of ways, Reinhart was ahead of his time. He was a smooth-skating, puck-moving player who could generate a ton of speed and offence from the back end. He was almost a prototype of the modern puck-moving defender, and he was routinely relied upon for scoring north of 60 points per season. His best season, 1982-83, saw him hit 75 points, the most of any Flames defender in a single season not named Al MacInnis or Gary Suter. Dude was legit.
But while Reinhart was a very good – perhaps a notch below Norris Trophy calibre – defenceman during his heyday, that heyday was derailed by injuries. He initially hit a rut with his skate and wrenched his back, leading to spasms, time off from hockey, and general bad news from 1983-84 onward.
Reinhart remained productive, but declined somewhat as he dealt with his injuries. He was traded by the Flames to Vancouver prior to the 1988-89 season, and played two more seasons with the Canucks before retiring. Reinhart’s run with the Flames could be seen as a bit of a missed opportunity, as he was a part of the 1986 Stanley Cup finalist club, but the Flames decided to go younger on the blueline and that resulted in the trade to Vancouver. (The trade was followed by the Flames winning a championship, but it was probably a little bittersweet that Reinhart wasn’t a part of it given how good he had been for the Flames in the seasons leading up to it.)
Reinhart’s son, Max, was selected by the Flames in the 2010 NHL Draft and played 23 games with the Flames between 2012 and 2015.