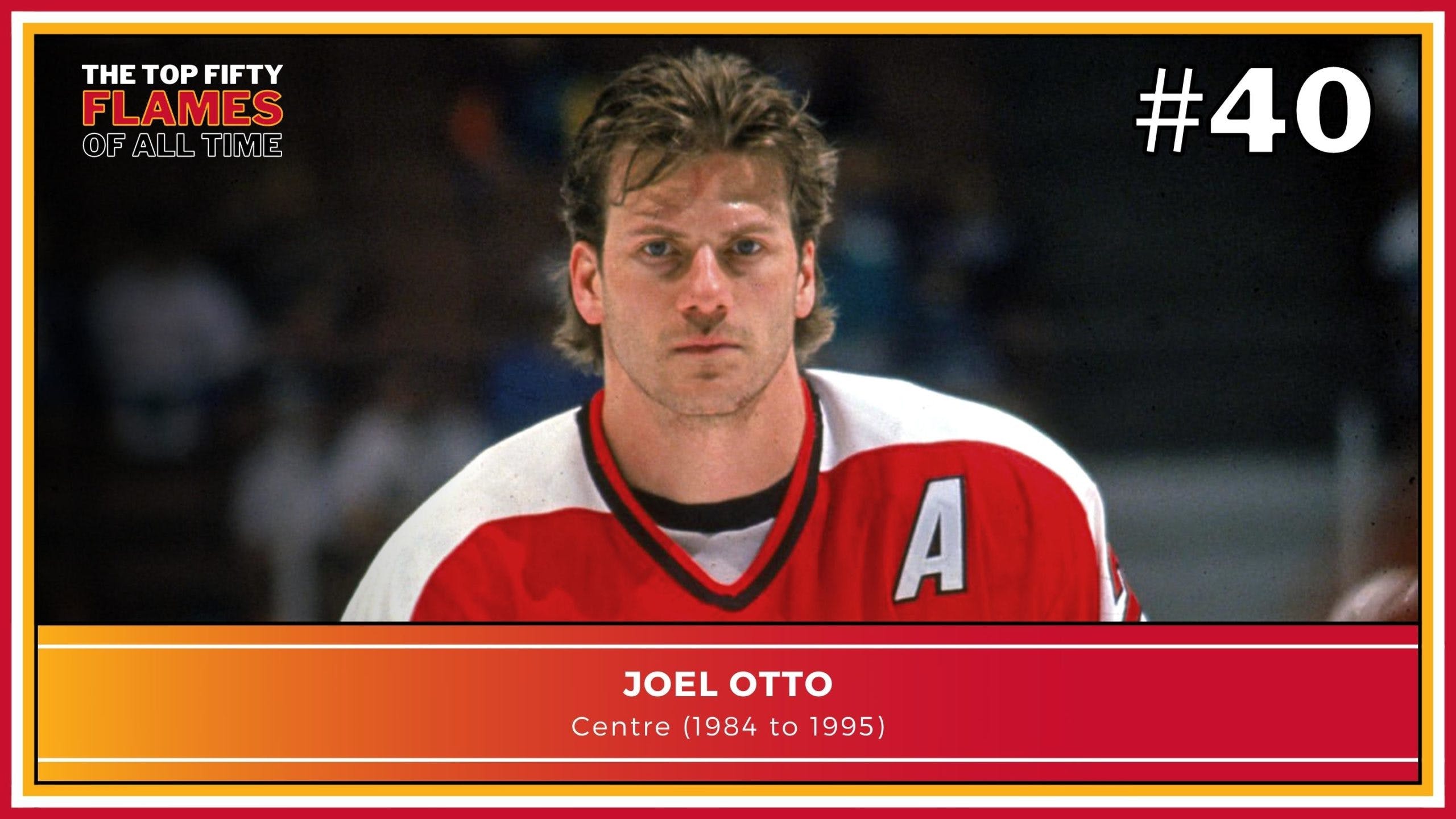 By Ryan Pike
4 months ago
In the history of the Calgary Flames, fans and management alike have fallen in love with a few really good centres. While the 1989 Stanley Cup team was stacked up the middle – and we’ll be featuring a few members of that team down the road – one pivot had a unique combination of size, skill and toughness.
Let’s talk about Joel Otto, #40 on our countdown.
Player, 1984-95
A product of Elk River, Minnesota, Otto grew up big and burly, and ended up playing three seasons at Bemidji State University. He had several options when he decided to leave school, but he ended up signing with the Flames. He started in the minors, but he earned some NHL time in his first season pro (1984-85).
The following season, Otto forced his way onto the NHL roster in training camp and remained an NHL regular from then on. He carve out a niche for himself as a big-bodied centre who could play against – and keep up with – the NHL’s best players, and also wasn’t opposed to duking it out with any of the designated protectors of those best players, either. He was a really reliable two-way player, good for 50 points and somewhere between 100 and 200 penalty minutes per season.
Otto was a crucial part of several really good Flames teams: he was on the two Presidents’ Trophy winners, as well as made two trips to the Stanley Cup Final: he was on the 1986 team that lost to Montreal and was one of a dozen holdovers on the 1989 team that avenged that loss.
Finally, Otto was a consistent and perpetual Selke Trophy contender during his time with the Flames. During his 11 seasons in Calgary, Otto received Selke votes in seven of them. He finished third in voting in 1992-93 and 1994-95, and by the time he left as a free agent in 1995 (a victim of the NHL’s tough economics for small-market Canadian teams) he had built up a reputation as one of the league’s top two-way forwards.
After three seasons with Philadelphia, Otto retired. He ended up back in Calgary after his playing days were done, and he served as an assistant coach for the Calgary Hitmen for 14 seasons before a recurring injury led him to step away from the club.
Simply put: Otto exhibited excellence and longevity in a key role, and he was one of the guys that helped get the club to two Stanley Cup Finals.