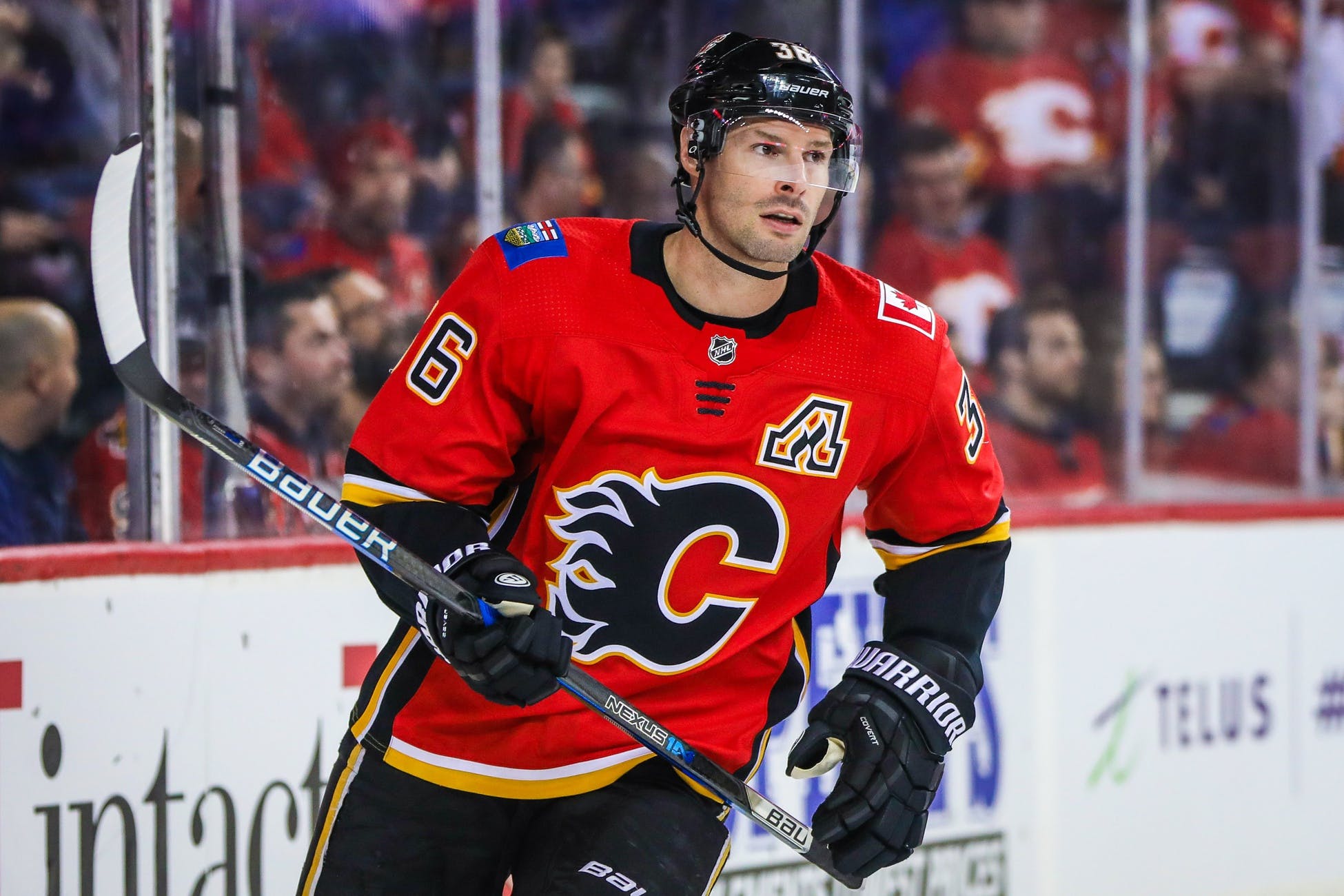 Troy Brouwer’s name doesn’t have the same ring to it as it once did. For the second straight season, he was one of the go-to whipping boys for the Flames, but, in a reduced bottom six role, actually did a decent job for the Flames this year. He might not be the power forward he once was, but he’s definitely not as terrible as some make him seem.

Let’s be honest: after what was a truly awful 2016-17 campaign, the bar for Brouwer started out as low as it could go. The only thing that one could really hope for was that Brouwer would be at the least a serviceable fourth line winger who didn’t act as a boat anchor to Johnny Gaudreau or Mikael Backlund. Fortunately, I guess, he was exactly that this year: a serviceable fourth line winger. It might not be the player Brad Treliving intended on signing back in 2015 and definitely not one that you’d like to see earn $4.5M, but he was, in a word, decent this season.

Brouwer actually finished with 50.8% CF at even strength, good for 16th on the team out of those who played at least 50 games. He was mostly deployed in the defensive zone, 41.6% OZS, and played a primarily shut down role for Glen Gulutzan. Matt Stajan was the only regular skater who started a higher percentage of his shifts in the defensive zone. He was fifth on the team with 125 hits and second among forwards with 42 blocked shots.

One of the plays Brouwer is probably most remembered for this season was in overtime of the Jan. 23 game against the Buffalo Sabres. Brouwer lost a key draw to Ryan O’Reilly which ultimately led to a Jack Eichel game-winning goal. The Flames’ loss came in the middle of a six-game losing skid. However, among all right-shooting regular Flames players this season, Brouwer had the highest faceoff percentage, albeit at 46.5%. Gulutzan relied on him to take a defensive draw and it’s not Brouwer’s fault he was the best option available at the time. He was a true soldier for the Flames this year and did whatever was asked of him.

That’s not to say he had a magical year. Despite playing the seventh most powerplay minutes among forwards this year, Brouwer was almost a non-factor offensively; it took him until December to score his first goal, and it came in a 5-2 loss to the Philadelphia Flyers.

The most puzzling thing about Brouwer’s season was his usage. While he was a decent bottom sixer and definitely didn’t belong any higher in the lineup, he seemed to always be on the first powerplay unit on the half wall or in front of the net. It was a bit bizarre seeing a depth winger play in such an important offensive role and remain there even though he did almost nothing with it. It took way too long for Dougie Hamilton to replace Brouwer on the powerplay and that swap, to nobody’s surprise, resulted in a resurgence (of sorts) for the man advantage.

It’s hard to place blame on Brouwer for any of this though; if your coach tells you to hop out for the powerplay, you don’t reject that opportunity. Brouwer’s game has changed from power forward to shutdown depth winger and that’s okay, as long as he’s used in the right way.

Usage is the one area that will always be the barometer by which Brouwer’s play is evaluated. Last season, he averaged 16:13 TOI per game, which was simply too much. Brouwer was just not good enough to play that much on a nightly basis and it led to him struggling to perform at even a decent level for the Flames. With the coaching staff intact, the hope was that lessons learned from last season would allow Brouwer to be put in a better position to succeed and help the team.

This year, his ice time was reduced by almost 2.5 minutes (around 15%) and it yielded positive results. But it was more than just playing fewer minutes a night. He also started fewer shifts in the offensive zone and played over 40 more minutes on the penalty kill. Last season’s 52.3% OZS was good for sixth among skaters with more than five games played and Brouwer really did perform better in a defensive role in comparison to the primarily offensive role he played last year. His CF% even improved from 44.5% to 50.8%. Last season, Brouwer was nothing short of a liability on the roster but this year, he really did redeem himself.

We can only hope that we get more of the same from Brouwer next season. It’s unrealistic to expect him to put in 20 goals for the Flames or even to be effective in front of the net on the powerplay, but if he remains on the team next season, the best case scenario is that he continues to be a reliable defensive depth player who can kill penalties and be that good locker room guy we’ve come to assume he is.

That being said, there is no guarantee he’ll be back next year. It’s unlikely and you probably shouldn’t put money on this scenario, but this offseason marks the first where it could make financial sense to buy out Brouwer’s contract. He would free up $3M in cap space for the Flames and for what he provides, Treliving could probably find a replacement who would cost much less than that.

The most likely scenario is that Brouwer returns as the Flames’ fourth line right winger. He’ll probably wear the “A” again and we should all cheer for him next season.