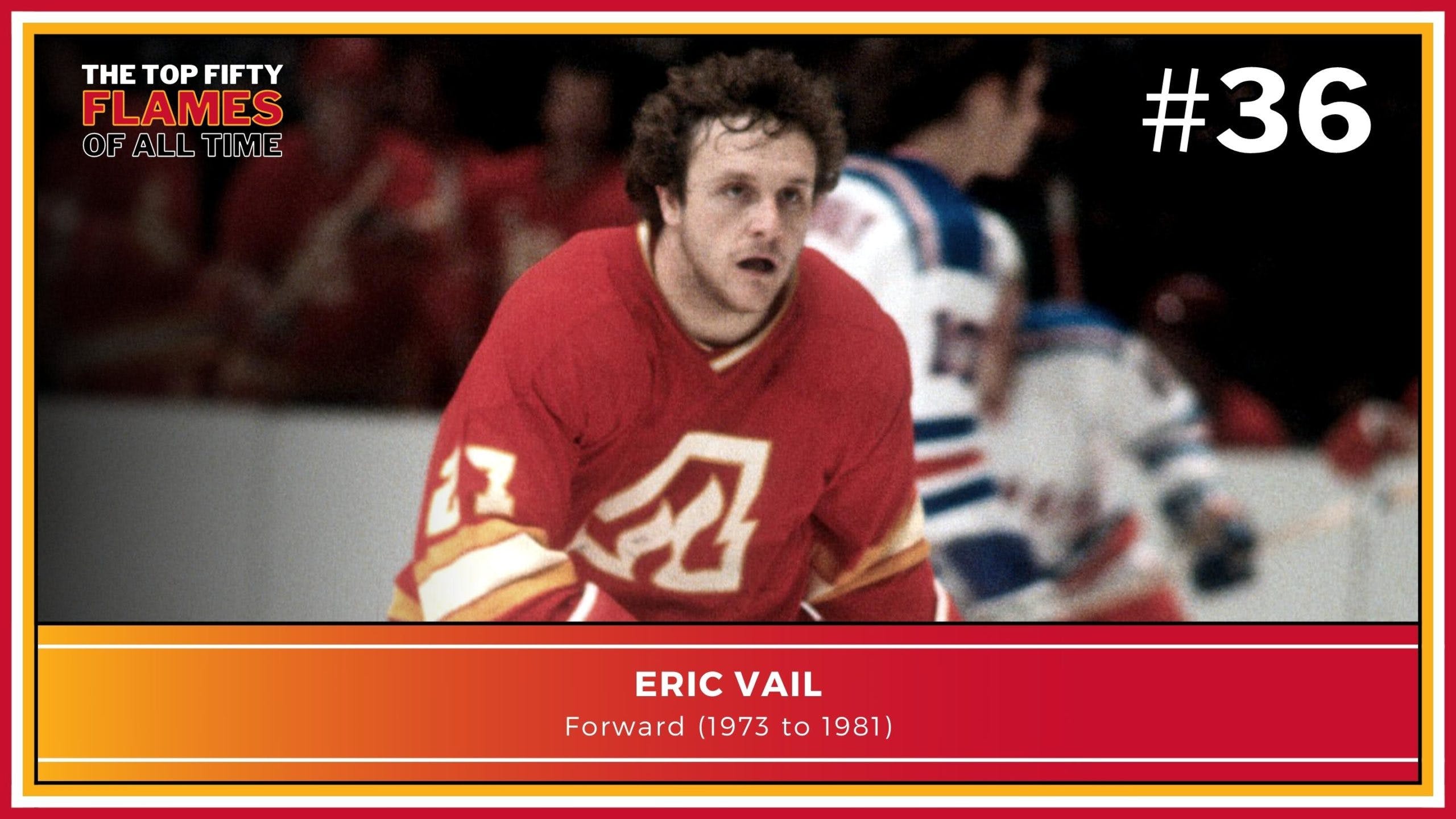 On occasion, there are players that emerge as strong contributors but also become examples of wasted opportunities for more. Along these lines, let’s take a look at an Atlanta Flames stalwart that had a chance to be something more but just couldn’t quite put it together.

Eric Vail is #36 on our countdown.

A Toronto kid, Vail played his junior hockey in the OHA with Niagara Falls, Soo and Sudbury. He was selected by Atlanta in the second round of the 1973 NHL Amateur Draft.

Vail went pro right away, splitting the 1973-74 season between the Flames and their Central League affiliate on Omaha. The following season he became a full-time NHLer, scoring 39 goals and winning the Calder Trophy as the NHL’s top rookie – marking the first time that a Flames player ever won a major trophy.

Vail followed up his rookie season with two more 30 goal seasons and scored 20 goals three more times. Vail compares really well with teammate Tom Lysiak, #37 on our list, as he was with the Flames for a little bit longer, scored goals more consistently, and actually won the Calder (Lysiak was second in his rookie year).

But the challenge with Vail is this: he could’ve been even better. He was criticized during his time in Atlanta and Calgary for lacking depth to his game and relying too much on being a strong guy with a good shot. He reportedly clashed with head coach Al MacNeil over his off-ice habits, to the point where the Flames basically threw up their hands and shipped him out of town for pennies on the dollar early in the 1981-82 season – he was sent to Detroit for Gary McAdam and a draft pick.

Vail continued his slide in Detroit. He finished the 1981-82 season with the Red Wings, but had a 10-game stint in the AHL with Adirondack designed to smarten him up. That didn’t work, so the Red Wings sent him to the AHL for the entire 1982-83 season, after which he failed to catch on anywhere else and left pro hockey.

Vail was quite good for the Flames, despite his faults. But man, he could’ve been one of the greats.