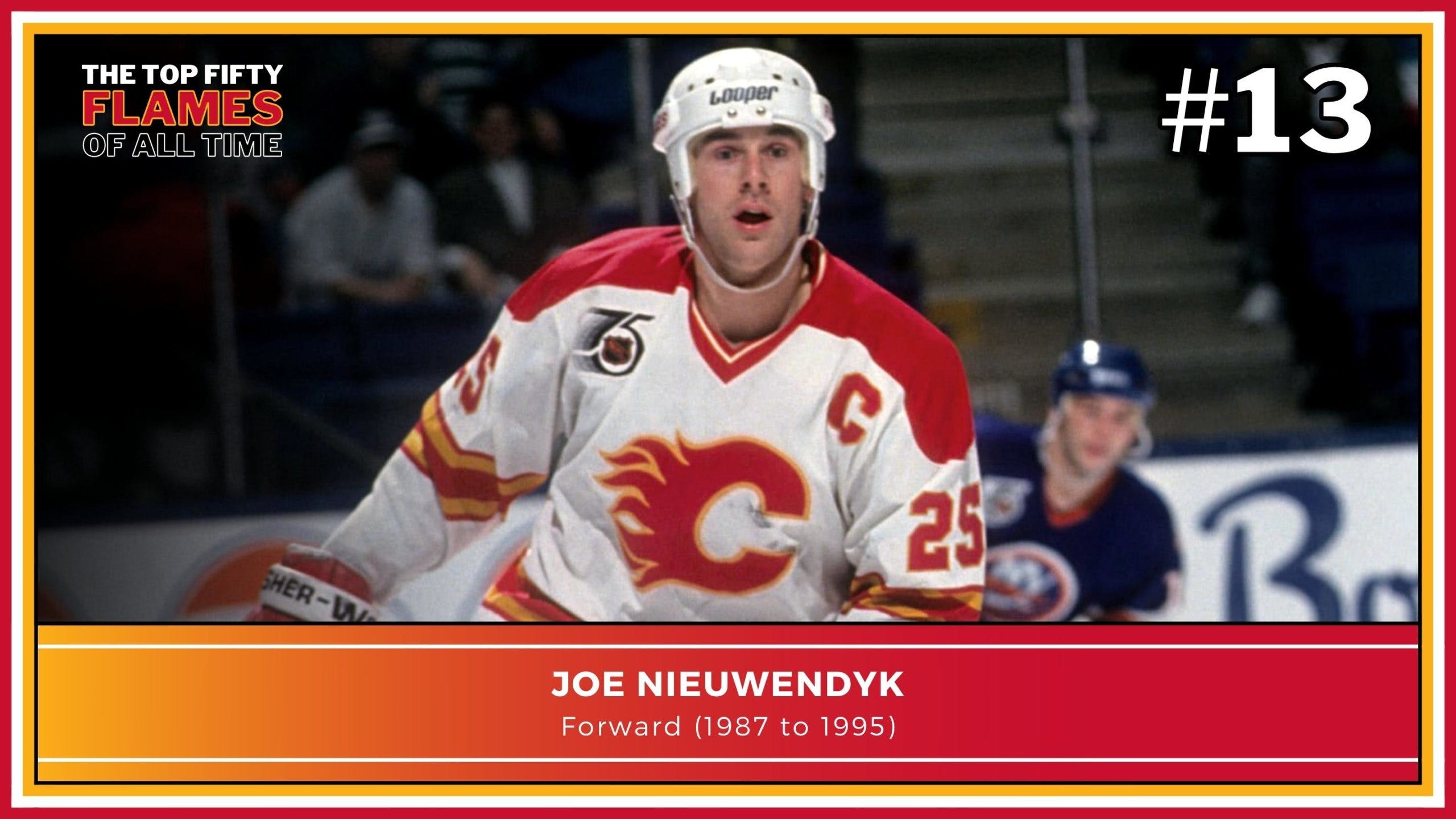 By Ryan Pike
2 months ago
In hockey, one refrain you’ll hear often is the importance of building up the middle. In the history of the Calgary Flames, they’ve had a few really good centres. Among the very best was Joe Nieuwendyk, a tall drink of water who could do just about anything.
Nieuwendyk is #13 on our countdown.
Player, 1987-95
A product of Oshawa, Ontario, Nieuwendyk went the college route and headed to Cornell University. After his freshman year he was drafted in the second round of the 1985 NHL Draft – with the Flames selecting him with one of the picks they acquired from the Kent Nilsson trade with Minnesota. He played two more seasons with the Big Red before going pro late in the 1986-87 season.
Nieuwendyk began his pro career with back-to-back 51 goal seasons. Then he had back-to-back 45 goal seasons. He won the Calder Trophy as the NHL’s top rookie in 1987-88. He led the NHL in game-winning goals in 1988-89 in the regular season, then helped the Flames win a Stanley Cup in the playoffs.
He received Lady Byng votes three times for his gentlemanly conduct. He won the King Clancy Memorial Trophy in 1994-95 for his off-ice charitable contributions. He was the team captain for four seasons. He was a superb, high-end centre for several seasons, giving the team an anchor in the post-Cup years when the club had to tear things down for economic reasons.
Eventually, Nieuwendyk was a player the Flames couldn’t afford: he missed the first chunk of the 1995-96 season in a contract dispute. By early December, the Flames found a solution: Nieuwendyk was traded to Dalals for veteran winger Corey Millen and obscure WHL prospect Jarome Iginla. When he was traded, he was the club’s all-time leading goal-scorer.
Nieuwendyk played for another decade with Dallas, New Jersey, Toronto and Florida before retiring in 2007 after winning two more Stanley Cups. He was inducted into the Hockey Hall of Fame in 2011. (Iginla turned around fairly decently, too.) The Flames honoured Nieuwendyk with a Forever A Flame banner in 2014.
Tremendously important to the club both on and off the ice, Nieuwendyk was probably the best centre the franchise ever had. That lands him firmly on this list.