Advertisement
Ad
Top 50 Flames of All Time: #33 Harvey the Hound 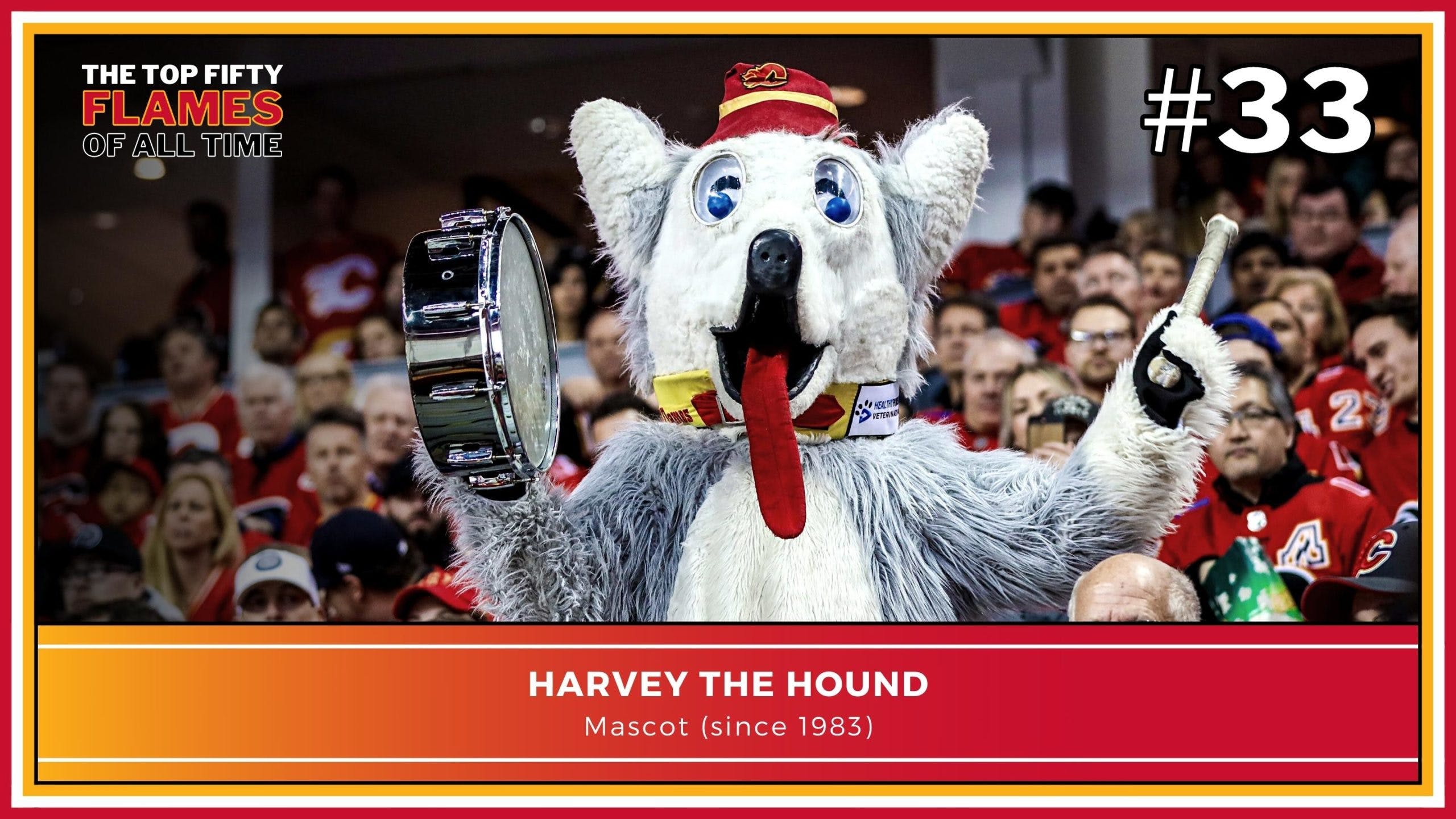 Friends, we have a spoiler for you: 49 of the 50 spots on the Top All Time Flames list are taken up by human beings. At #33, we have a humanoid animal.

Let’s talk about Harvey the Hound, the first (and arguably best) mascot in the National Hockey League.

Created in 1983 by Grant Kelba, Harvey the Hound is an anthropomorphic 6’6″ dog who is the mascot of the Calgary Flames. He made his in-game debut in February 1984, and has been a fixture of Flames home games ever since. He’s typically clad in a jaunt hat, a dog collar and pants, and usually is engaged in a lot of antics and tomfoolery in-between whistles. His debut led to a league-wide trend towards mascots to liven up the in-game atmospheres, to the point now where just about every NHL club has one.

In January 2003, Harvey was involved in antics and tomfoolery during a game against the Edmonton Oilers that earned him national (and even international) attention. With the Flames leading the Oilers 4-0, the mascot dangled his head over the plexiglass behind the Oilers bench. Oilers coach Craig MacTavish – understandably grumpy with his team down several goals – reacted by tearing Harvey’s tongue out of his mouth and throwing it into the crowd. (The Oilers came back and nearly tied the game.) At the 2003 All-Star Game, mascots from throughout the league responded to the incident by showing up with comedic large red tongues – similar to Harvey’s – added to their usual outfits.

Harvey being a gigantic dog and not a player or executive keeps him from being higher on this list, but his longevity and excellence in his role gets him to #33.