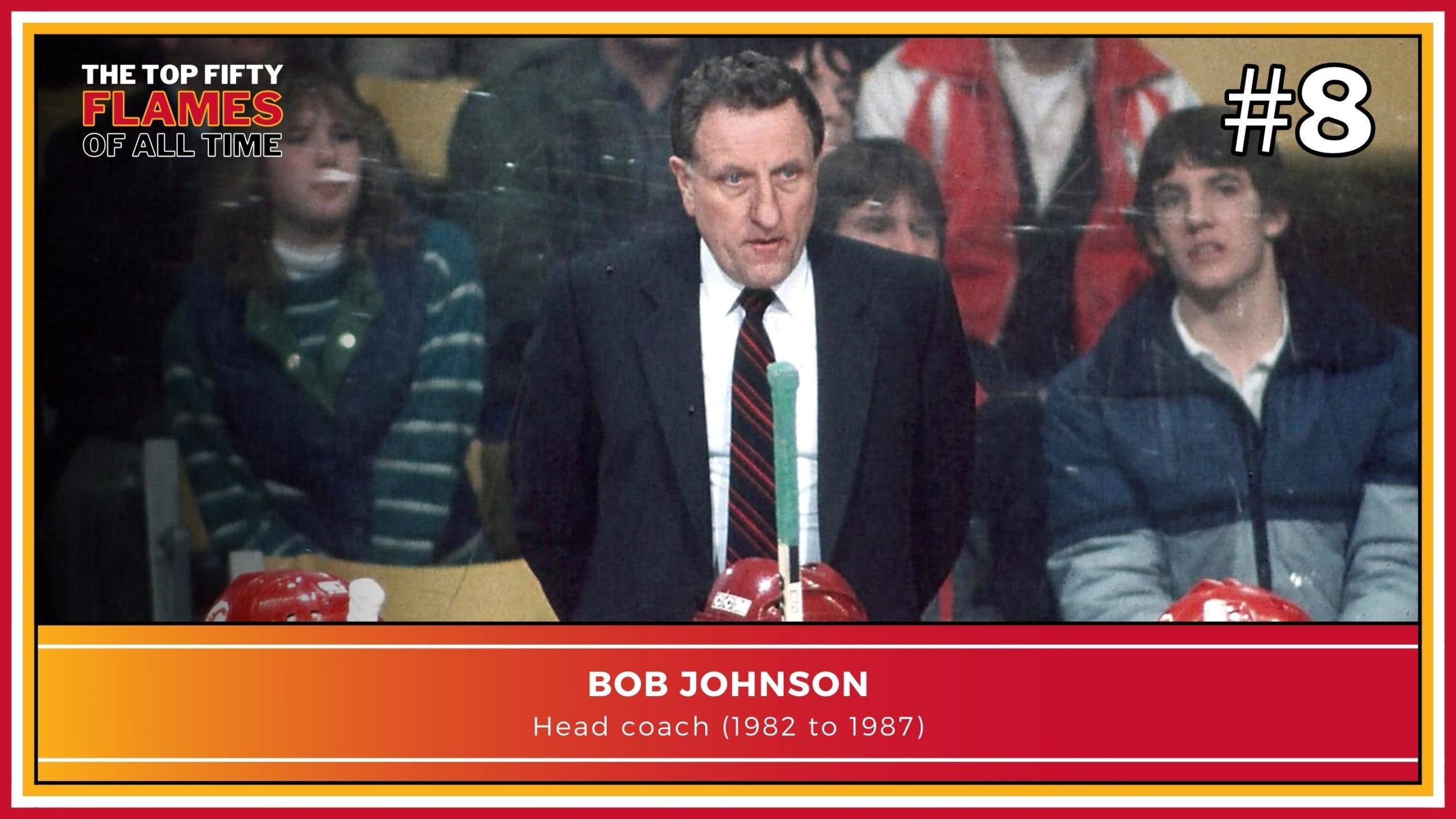 By Ryan Pike
3 months ago
The Calgary Flames have had a lot of pretty good coaches in their history. A couple of them have even reached legendary status. The first of those two is the late, great “Badger” Bob Johnson.
He’s #8 on the countdown.
Head Coach, 1982-87
A product of scenic Minnesota, Johnson briefly coached in high school hockey in his home state before getting recruited into the college ranks. He spent three years behind the bench at Colorado College, followed by 15 seasons at Wisconsin, where he won three national championships and became affectionately known in hockey circles as “Badger Bob.”
Looking to get the Flames to the next level and build upon the work done by prior coach Al MacNeil, general manager Cliff Fletcher lured Johnson away from college hockey in 1982 and got him behind the NHL bench. Johnson helped modernize the Flames program in several ways, emphasizing fitness and systems and the types of things that are fairly standard in the NHL now but were fairly novel in the early ’80s.
Due to some personnel moves and Johnson’s work behind the bench, the Flames matured and really got to the next level during Johnson’s tenure. Their points percentage jumped from .488 to .594, and the gap between them and the powerhouse Edmonton Oilers closed considerably, culminating with the Flames beating the Oilers in the 1986 playoffs. They reached their first Stanley Cup Final under Johnson, too.
Johnson left the Flames following the 1986-87 season to become president of USA Hockey. He was drawn back to the NHL ranks in 1990-91, where he helmed a Pittsburgh Penguins team with no-name players like Ron Francis, Jaromir Jagr and Mario Lemieux to a Stanley Cup. Unfortunately, he was diagnosed with brain cancer in the summer of 1991 and passed away by that November. The Penguins won the Stanley Cup in 1992, the second of their back-to-back championships, in Johnson’s memory.
“Badger Bob” was a one of a kind coach. Renowned for his energy and enthusiasm for the sport, he frequently exclaimed “It’s a great day for hockey.” He left lasting, positive impacts everywhere he went, which includes his time with the Flames.