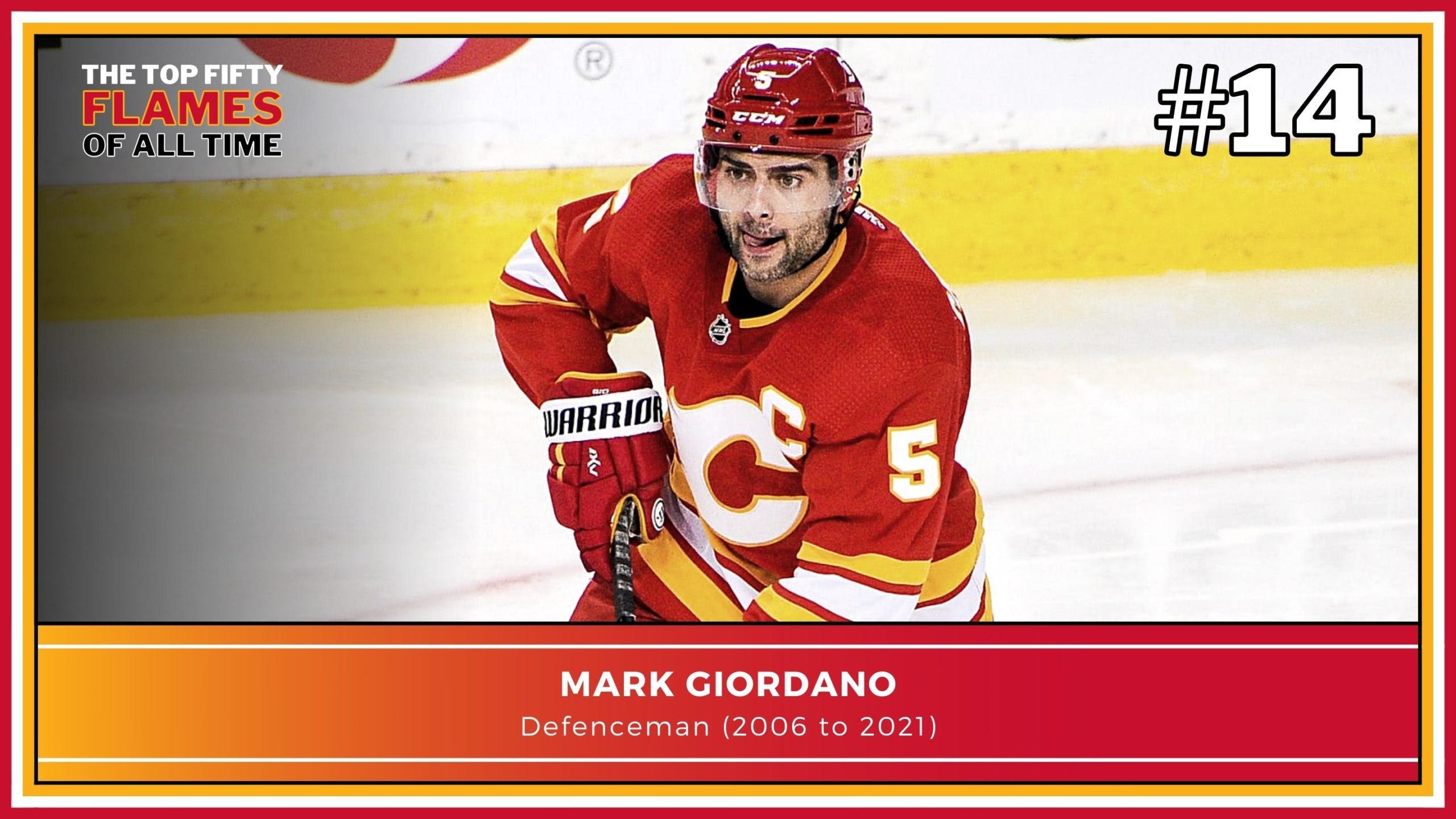 By Ryan Pike
2 months ago
The Calgary Flames have had a lot of good blueliners in their history, and a lot of good captains. In the franchise’s illustrious history, only one player has captured the Norris Trophy as the NHL’s top defenceman: Mark Giordano. He was a pretty dang good captain, too.
Giordano is #14 on our countdown.
Player, 2006-21
Giordano is one of the NHL’s best modern underdog stories. Undrafted in the Ontario Hockey League, he worked his way onto the Owen Sound Attack. He impressed in the OHL but wasn’t drafted into the NHL, and after he had registered for accounting classes at York University, he was convinced to sign a deal with the Flames organization as depth for their shared AHL club.
Giordano, like he tends to, worked his way up. He played well in the AHL and earned NHL time in his second pro season. By his third season, he carved himself out a regular role with the Flames after a mid-season call-up. After spending a season in Russia with Dynamo Moscow due to a contract dispute, he signed a new deal with the Flames and was off to the races.
Giordano worked his way up the Flames rotation, eventually emerging as the club’s go-to blueliner in all situations. He inherited Robyn Regehr’s alternate captaincy when he was traded to Buffalo in 2011, then inherited Jarome Iginla’s captaincy after he left the club in 2013.
Giordano was the rare type of player that somehow got better with age. After getting the C in his 30-year-old season, he finished 10th in Norris voting. He received Norris votes every season between 2013-14 and 2018-19, culminating with him winning the Norris in a landslide in 2018-19. (He probably would’ve been at least a finalist in 2014-15 but he missed the final quarter of the season after a bicep tear.)
Giordano was left exposed by the Flames in the 2021 expansion draft so they could protect three younger, cheaper blueliners – Noah Hanifin, Chris Tanev and Rasmus Andersson – and he was claimed by Seattle. He’s currently with the Toronto Maple Leafs, and he remains for the most part young and fresh.
Giordano was the right guy at the right time for the Flames. He was a hard-working leader that helped guide the club through their rebuilding years, and he was a talented enough player to guide them to a decent amount of success on the ice, as well. A lot of players would’ve faltered when they took over the captaincy from a Hall of Famer in Iginla, but a lot of players aren’t built quite like Giordano.