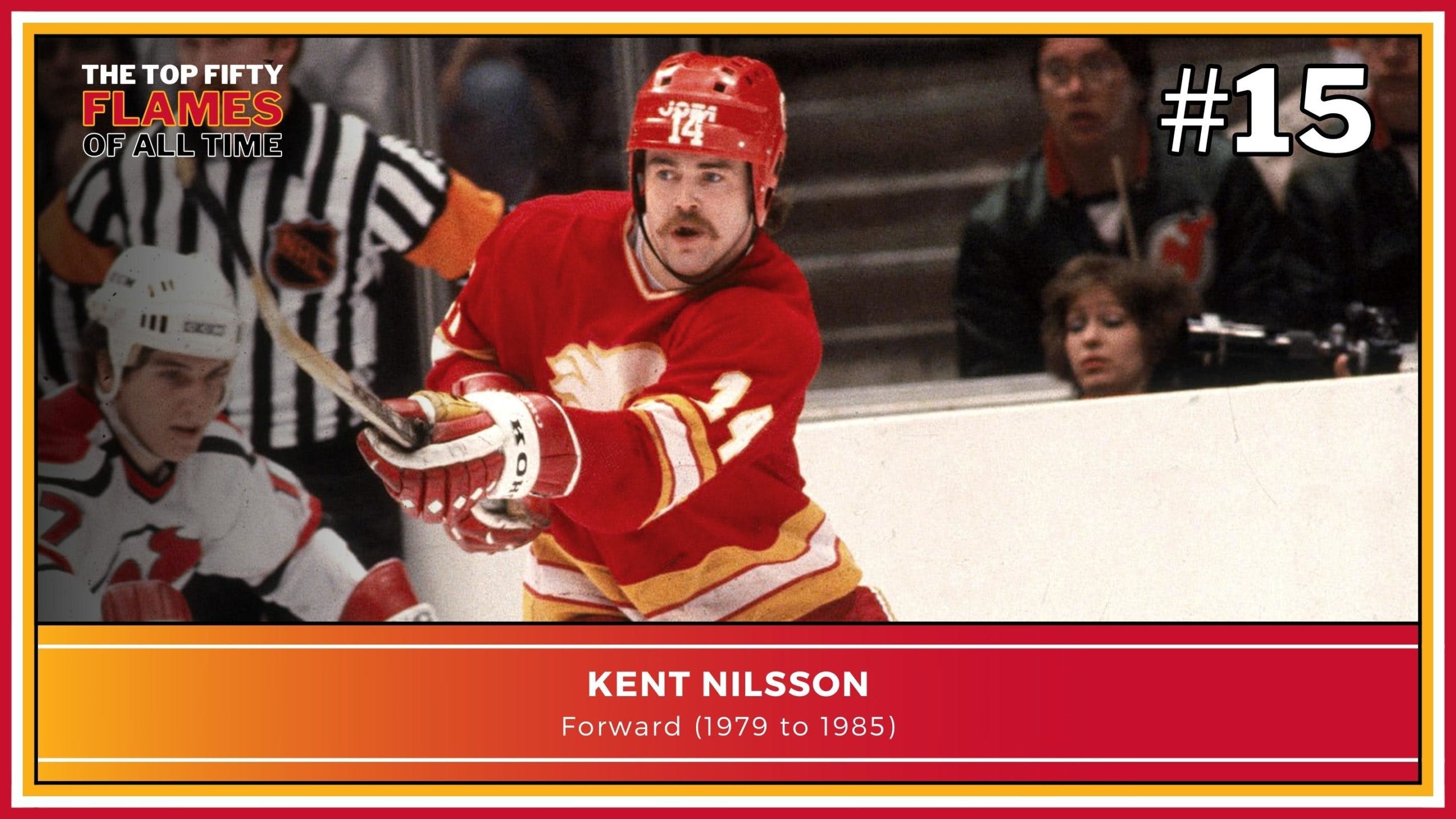 By Ryan Pike
1 month ago
In the history of the Flames franchise, there have been players that are equal parts fascinating and frustrating. In that vein, let’s talk about one of the most offensively talented hockey players of the 1980s – on any franchise – but who seemed to forget that there are three zones on the ice. Folks, it’s the Magic Man himself: Kent Nilsson.
Nilsson is #15 on our countdown.
Player, 1979-85
A product of Nynäshamn, Sweden, Nilsson was a prodigious offensive talent in his youth and drew a lot of attention as he became eligible for the North American drafts. He was a fourth-round selection by the Atlanta Flames in 1976 and was also selected by the World Hockey Association’s Toronto Toros. He ended up as a WHA free agent and signed with the Winnipeg Jets a year later and began dazzling in that circuit.
After two seasons in the WHA, that league folded and a quartet of teams – Edmonton, Winnipeg, Quebec and Hartford – merged into the NHL. NHL clubs who had drafted WHA players in the past had a chance to re-draft them in a supplemental draft and the Flames did so, grabbing Nilsson and finally getting him on their roster after trying to do so for much of the prior decade.
Nilsson played six full seasons with the Flames. Offensively, he was fantastic. Defensively? Well, he was good enough offensively that they could live with his shortcomings and hope that he’d grow out of them. But offensively? Wowzers, he was excellent. He set the single-season Flames franchise records for assists (82) and points (131) in 1980-81, and helped power the Flames into the third round of the Stanley Cup playoffs. The Flames never got that far again during his tenure, but he kept putting up impressive scoring totals – his “worst” offensive season was still significantly over a point-per-game pace. He received votes for the Lady Byng three times and the Hart twice.
But eventually, Nilsson’s defensive challenges got a bit tiresome. The Flames wanted to be a more complete team, and Nilsson, for all his talent, was a guy that could only help you score your way out of trouble. His defensive play never really improved all that much, and in June 1985 general manager Cliff Fletcher finally cut his losses, sending Nilsson and a third-round pick to Minnesota in exchange for a pair of second-round selections.
The picks the Flames received turned into Joe Nieuwendyk and Stephane Matteau, while Nilsson went on to play for awhile longer in Minnesota and Edmonton, eventually winning a Stanley Cup with Edmonton in 1990. Injuries slowed him down, though, and so he returned to Europe for an easier schedule. He briefly returned to the Oilers in 1994-95, then went back to Europe and eventually retired in the late ’90s.
Nilsson was not a complete hockey player. But in the two zones he seemed to care about, he was without peer. From an offensive production standpoint, he’s up there with the very best Flames in franchise history.