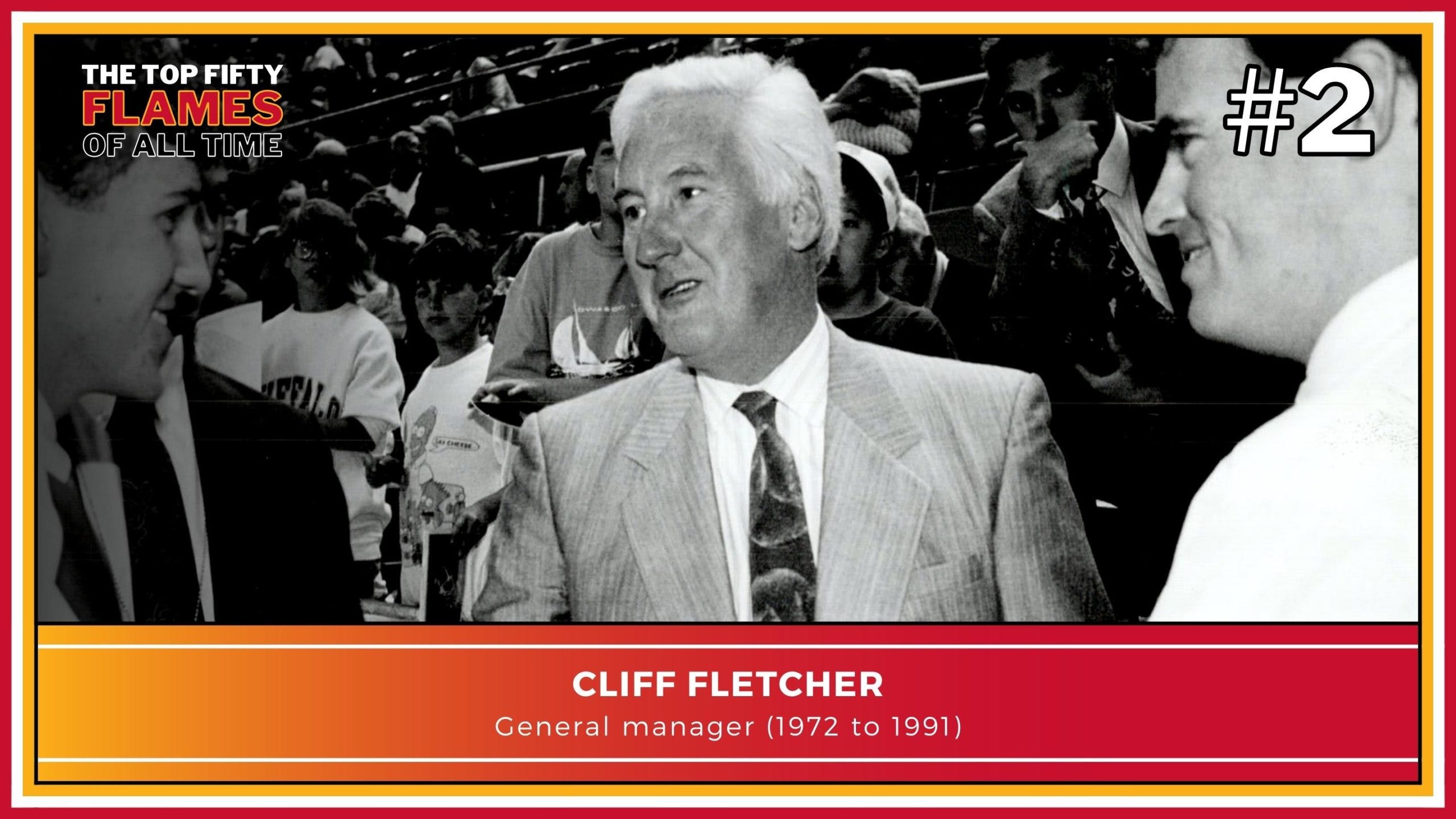 By Ryan Pike
3 months ago
The Calgary Flames of the 1980s built off a foundation laid in Atlanta to become one of the top clubs of that decade, winning a pair of Presidents’ Trophies and a Stanley Cup. One man was the architect of the Flames’ rise from scrappy expansion club to powerhouse.
#2 on our list is the legendary Cliff Fletcher.
General Manager, 1972-1991
A product of Montreal, Fletcher broke in as a scout with the Canadiens in the mid-1950s. He spent a decade with the Habs before moving onto the expansion St. Louis Blues in 1967, where he served as assistant general manager. When the big chair was available with the expansion Atlanta franchise in 1972, Fletcher jumped at the chance to build a team from the ground up.
Originally one of a handful of people working on the hockey side for Atlanta, Fletcher made solid choices in the expansion draft, but his main tool for building up the franchise was strong amateur drafting and flipping those drafted assets to build up the team. Fletcher developed the affectionate nickname around hockey as “Trader Cliff” due to his tendency to constantly tinker with the Flames’ roster in order to get them over the top.
Case in point? The Flames drafted Tom Lysiak second overall in 1973. He became a really good player for the Flames, but Fletcher packaged him and sent him to Chicago as part of an eight player deal. Kent Nilsson was another big piece that Fletcher doggedly pursued, then flipped to another team when he wasn’t a perfect fit for the Flames. Fletcher essentially tried to determine if each player could be a key piece in a championship team; if they weren’t, he try to flip them to get a bit closer to his ideal roster.
The Flames had a large amount of success in the mid-to-late ’80s under Fletcher, with his tinkering and trading leading to a stacked team. The Flames beat the Oilers in 1986 and advanced to their first Stanley Cup Final, won their first Presidents’ Trophy in 1988, then won the Presidents’ Trophy and the Stanley Cup in 1989.
Fletcher left the Flames in 1991 for a job with the Toronto Maple Leafs, where he served as GM and club president. He also spent time with Tampa Bay and Arizona in various roles before returning to the Leafs, where he’s currently a senior advisor to the club’s hockey operations department.
Equal parts prudent and impatient as an executive, Fletcher constantly tried to push the Flames to the next level with a string of savvy moves. Eventually, they led the Flames to where they wanted to be, and helped set the table for some future team successes. It’s difficult to imagine where the Flames could’ve ended up with a lesser person in their GM role for the first two decades of their existence.