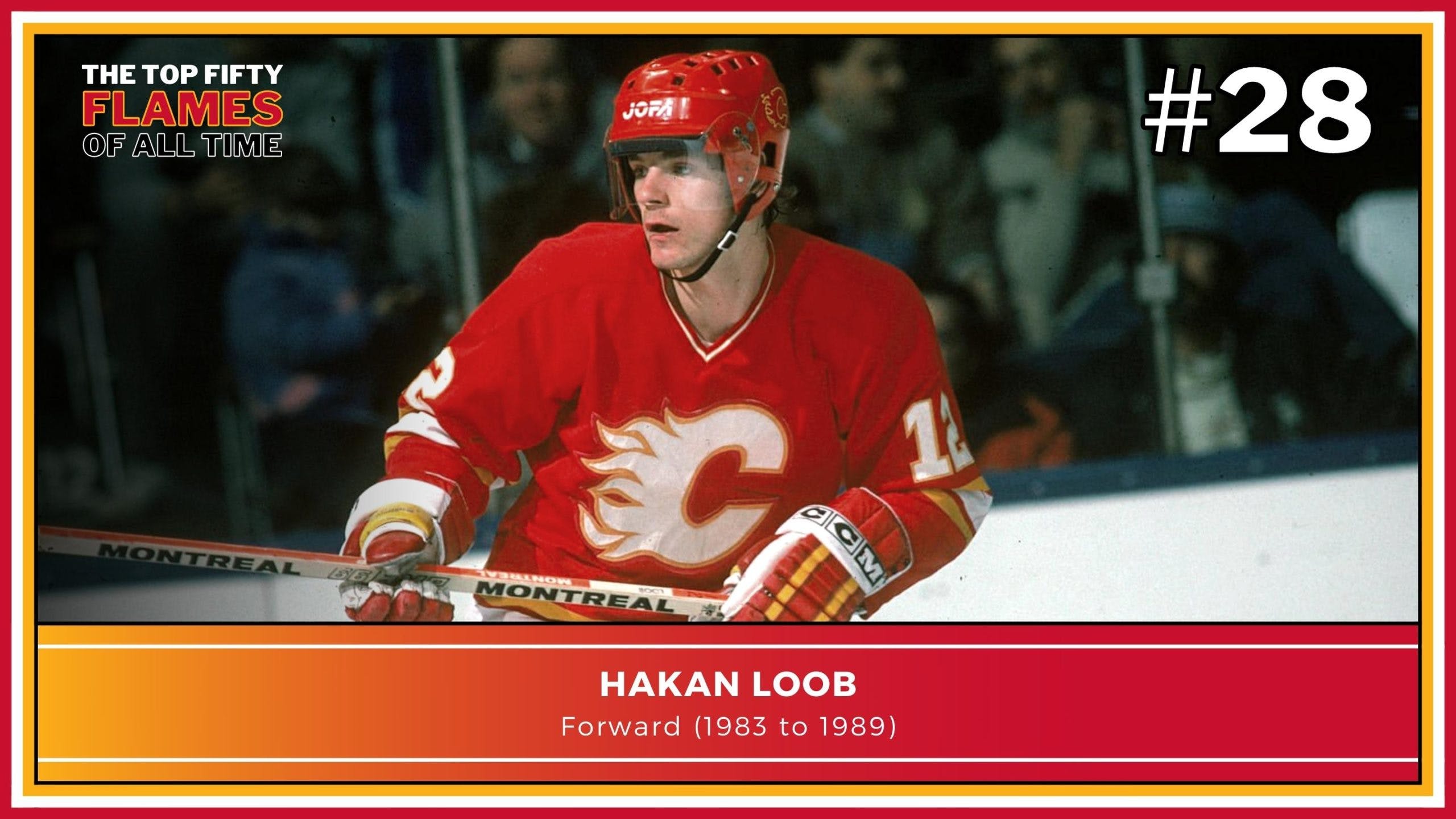 By Ryan Pike
2 months ago
One of the things that catapulted the Flames organization from a ragtag expansion club in the early 1970s into a powerhouse in the 1980s was smart drafting. When other clubs were looking at the same leagues over and over again, the Flames got creative and looked to new sources for hockey talent.
One of their great drafting success stories is #28 on our list: Swedish hockey icon Håkan Loob.
Player, 1983-89; Head European Scout, 2018-21
Originally from Visby, Sweden, Loob bounced around a bit in his youth but eventually settled in with Färjestad BK in the Elitserien, where he impressed a lot of the hockey world as a teenager. The Flames liked what they saw and selected him in the ninth round of the 1980 NHL Draft. He played three more seasons in Sweden before moving over to North America and the NHL in 1983.
Loob was excellent in his rookie season, scoring 30 goals and 55 points – he made the All-Rookie Team, but Vezina Trophy winner Tom Barrasso won the Calder Trophy as the league’s top rookie. Loob spent five more seasons in North American hockey. He scored 30 goals two more times and became the first (and only) Swedish player to score 50 goals in the NHL in the 1987-88 season. He appeared in two Stanley Cup Finals – 1986 and 1989 – capturing the Stanley Cup in ’89.
But Loob’s heart was in Sweden, and he had decided to go back home following the conclusion of the 1988-89 campaign. So he got his Cup ring, said his farewells, and headed home to Färjestad, where he played another seven seasons before retiring.
Post-retirement, Loob ran Färjestad’s operations in several capacities – most notably general manager and president. He also acted as a de facto Flames ambassador in Sweden and eventually worked for the Flames in an official capacity, serving three seasons as the club’s head european scout before retiring from full-time hockey work in 2021. (But we’re told you can still occasionally find Loob at the rink in Färjestad, because he still remains a big fan and student of the game.)
The Flames have had a lot of great Swedes in their time. For someone who joined the Flames, performed at an incredibly high level, and then left on their own terms, few did it better than Loob.