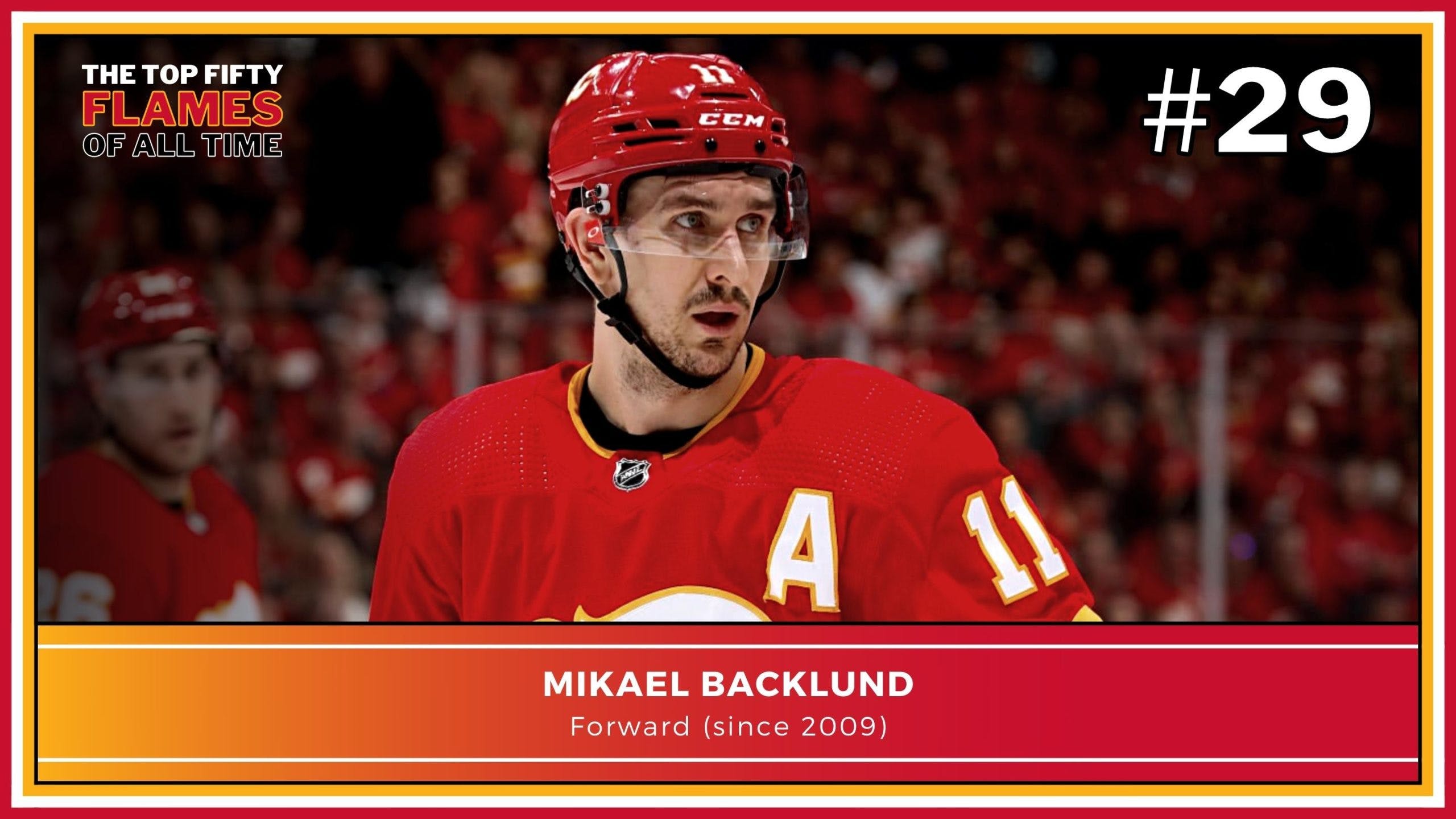 By Ryan Pike
2 months ago
Some players aren’t around for a long time, but they’re excellent. Some players are around for a long time, but are merely fine. The next player on our countdown has combined longevity with class, and being very good both on and off the ice.
#29 on our countdown is Mikael Backlund.
Player, 2009-present
A product of Vasteras, Sweden, Backlund was a first-round selection of the Flames in the 2007 NHL Draft. He spent a season and a half post-draft in Sweden, but moved to the Western Hockey League’s Kelowna Rockets following the 2009 World Juniors in Ottawa. (He made his NHL debut in-between.)
After going full-time pro in 2009-10, Backlund became a really nice developmental success story. He wasn’t a tremendous two-way player right away, but he plugged away on the bottom six, refined his game, and gradually worked his way up the lineup. Following the 2012-13 lockout, he returned from his hometown team in Sweden with confidence and swagger after playing against some of the world’s top players during the NHL stoppage.
Backlund has been a fixture for the Flames for over a decade. He’s served as an alternate captain since 2018. He’s established himself as one of the most reliable shutdown centres in hockey – he’s received Selke votes in five different seasons and peaked at fourth in the voting in 2016-17 – and he’s been part of flat-out excellent two-way lines several times (with Matthew Tkachuk and one of Michael Frolik or Andrew Mangiapane, and with Mangiapane and Blake Coleman). His strong two-way play has enabled the success of a lot of his teammates over the years, a phenomenon jokingly referred to by the local analytics community as “the Backlund bump.”
In addition to all his on-ice impacts, Backlund has been a really good citizen, contributing to several local charities. Back in 2017, Backlund was the club’s nominee for the NHL Foundation Player Award, prompting then-head coach Glen Gulutzan to recount Backlund leaving a game with some food that he brought to a homeless man.

“He makes a quick stop and gives a guy a meal. We didn’t know that until 60 games in when one of our coaches saw him taking out some food. Very impressive on the ice for me. Probably the biggest surprise. Great guy in the locker room. Great professional.
“Great humanitarian.
“Excellent guy to have.”

Backlund’s been a tremendous Flame for a long time, both on and off the ice. For his longevity, strong play and contributions to the club, he lands firmly on this list.