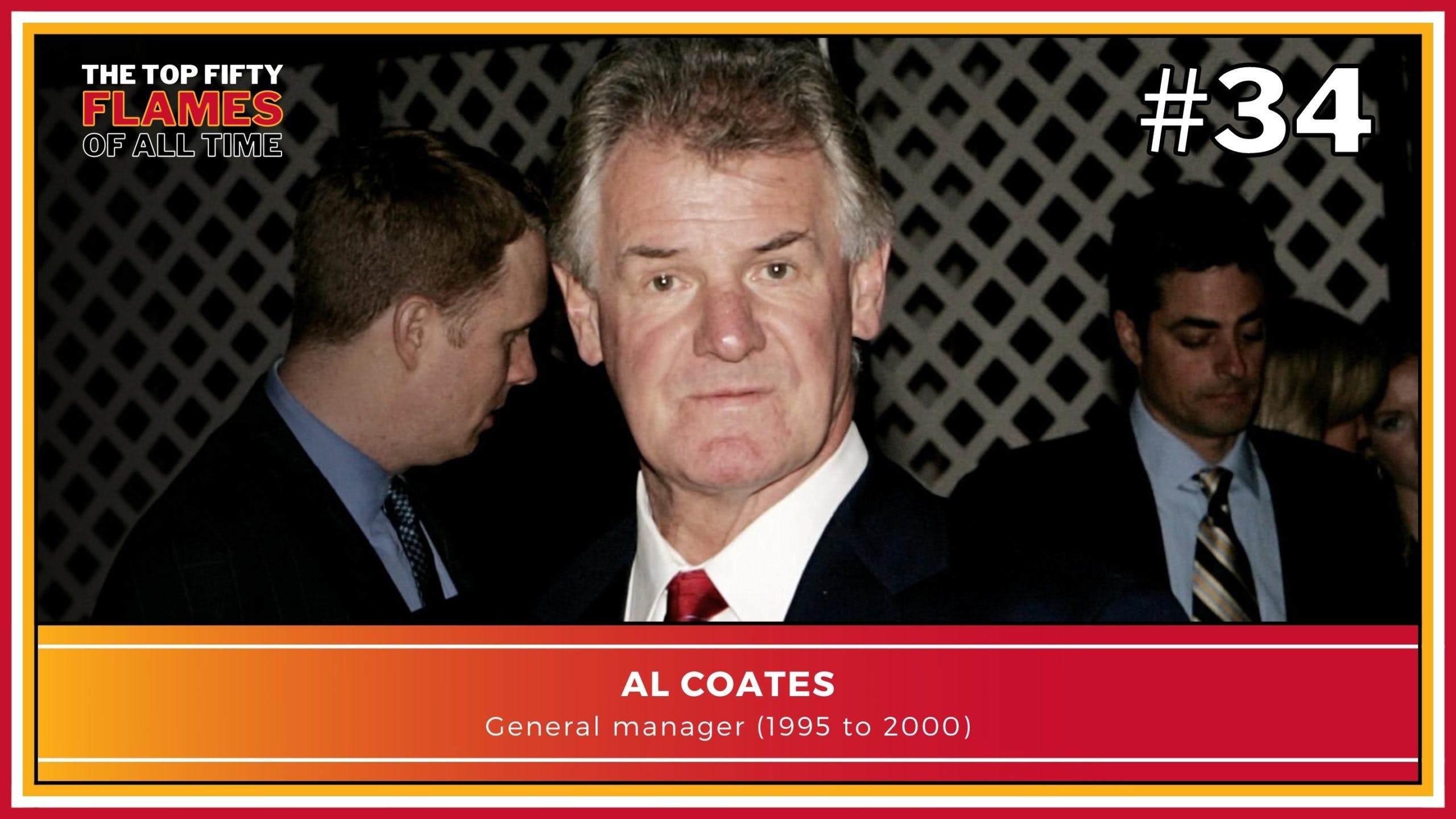 By Ryan Pike
4 months ago
In every franchise in the National Hockey League, there’s probably an individual who was key to a lot of important things happening, but a lot of fans don’t know a lot about. The “man behind the curtain,” so to speak.
For the Calgary Flames, the proverbial “man behind the curtain” was Al Coates, #34 on our countdown.
Director of Public Relations, 1980-82; Assistant to the President, 1982-89; Director of Hockey Administration, 1989-91; Assistant General Manager, 1991-95; General Manager, 1995-2000
Originally from Ontario, Coates broke into pro hockey with the Flames in 1980 after their relocation from Atlanta, taking helm of the club’s public relations department. He impressed in that role, earning a promotion into hockey operations, working as assistant to president (and general manager) Cliff Fletcher for much of the 1980s. He received another promotion to director of hockey administration following the Flames’ Stanley Cup win in 1989.
Fletcher’s departure to Toronto in 1991 led to a bit of a shuffle; head coach (and former assistant GM) Doug Risebrough was promoted to a dual coach/GM role, while Coates rose again, becoming assistant GM. When Risebrough was fired as general manager in November 1995, Coates took over the big job (a post he held until 2000).
Coates took over a team that faced some challenges. The crashing of the Canadian dollar led to some serious economic challenges for a team making its money in Canadian funds but paying its players in American dollars. The mid-’90s Flames were also not a great product on-ice, which led to the Flames becoming a budget outfit and having to figure out ways to stay competitive while occasionally punting their star players to other clubs for future assets.
Despite these hurdles, Coates fared pretty well in key moves:
Given a challenging set of circumstances, Coates performed pretty well. He wasn’t perfect – no GM ever is – and the Flames’ perpetual mediocrity during his tenure on the ice led to him being removed from the gig following the 1999-2000 season, being replaced by Craig Button. But for two decades, Coates was deeply involved in the moulding of the hockey club and several of the moves he made ended up providing very positive over the long term.
Heck, he acquired two players that combined for over 2,000 games with the franchise. That alone should get him on this list.