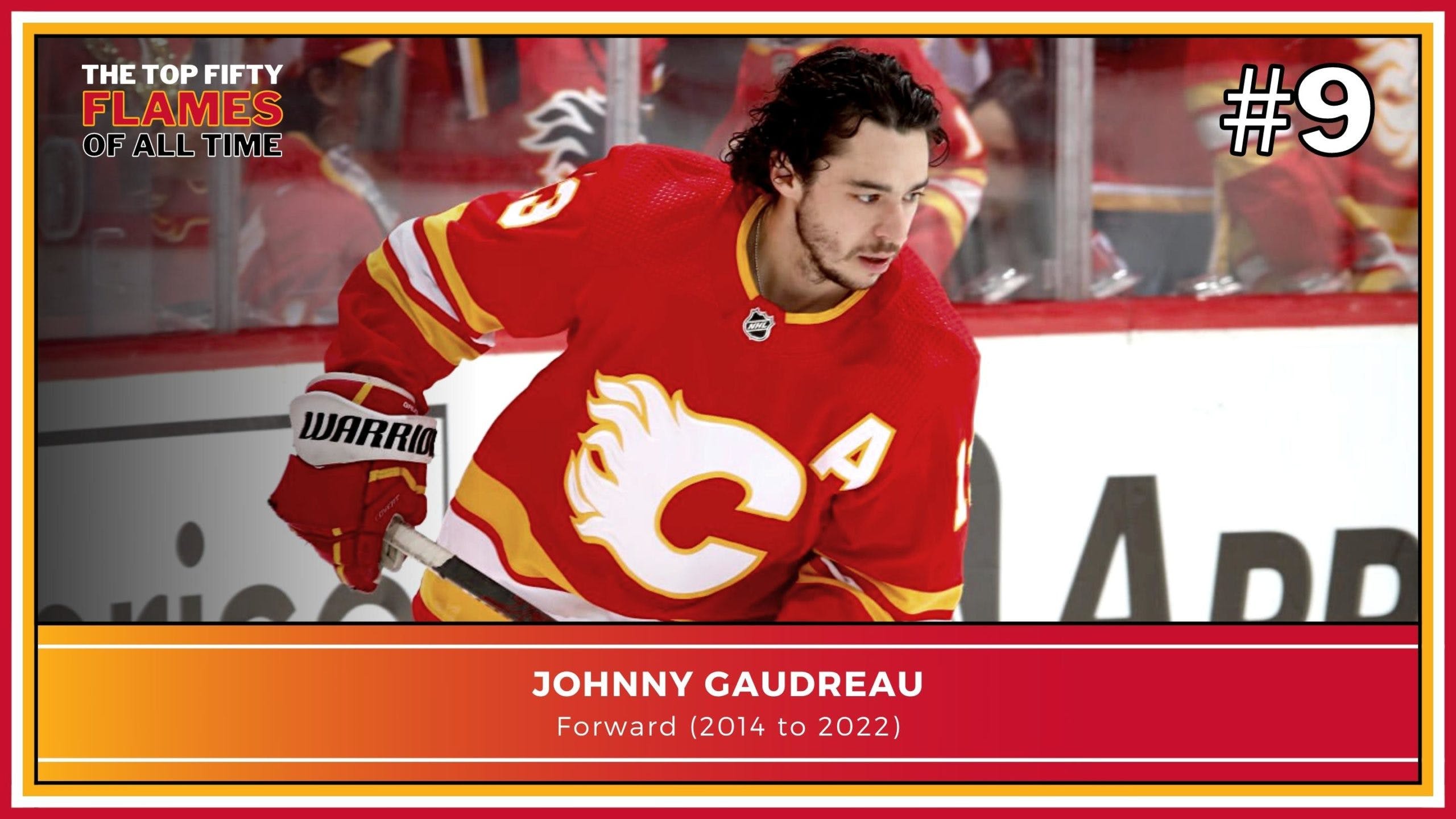 By Ryan Pike
3 months ago
We don’t judge players on the quality of their goodbyes, but rather on what they contributed to the Flames while they wore their jersey. And man, Johnny Gaudreau was an awesome offensive player for the Calgary Flames. Small in stature but massive in on-ice impact, he was the team’s offensive heartbeat while he was with the organization.
He’s #9 on the countdown.
Player, 2014-22
A product of the Philadelphia suburb of Carney’s Point, New Jersey, Gaudreau was a perennially undersized forward that relied on savvy, skating and general hockey sense to avoid getting squished by larger players and to create offence for his team. He was a standout in the USHL, but was selected by the Flames in the fourth round of the 2011 NHL Draft due to lacking bigness.
After three seasons with Boston College where he was among the top offensive forwards in the United States, Gaudreau signed with the Flames and made his NHL debut in the final game of the 2013-14 season. After a slow start in the 2014-15 season that saw him get healthy scratched, Gaudreau was inserted back into the roster and finally clicked offensively. From that point on, he scored at slightly above a point-per-game pace as a Flame.
Gaudreau scored a lot and earned a good amount of awards consideration as a Flame. He was voted to the All-Rookie Team (and was third in Calder balloting) in 2014-15. He was a perpetual Lady Byng contender, winning the award in 2016-17 and frequently finishing near the top of the voting.
He scored 30 or more goals three times and scored at over a point-per-game pace in three different seasons. His 115-point output in 2021-22 was second only to Kent Nilsson’s 131 points in 1980-81 in club history. He finished fourth in Hart Trophy voting twice – in 2018-19 and 2021-22 – and was voted a First Team All-Star in 2021-22.
Gaudreau ranged from adequate to really good defensively during his Flames tenure, but offensively he was usually good and occasionally elite. He was the team’s offensive pace-setting during his tenure. He left the club as a free agent – albeit after a bit of protracted hand-wringing – in the summer of 2022 and now plays for the Columbus Blue Jackets. You can feel however you want about his exit, but facts are facts: he was flat-out one of the most talented and productive Flames in club history.