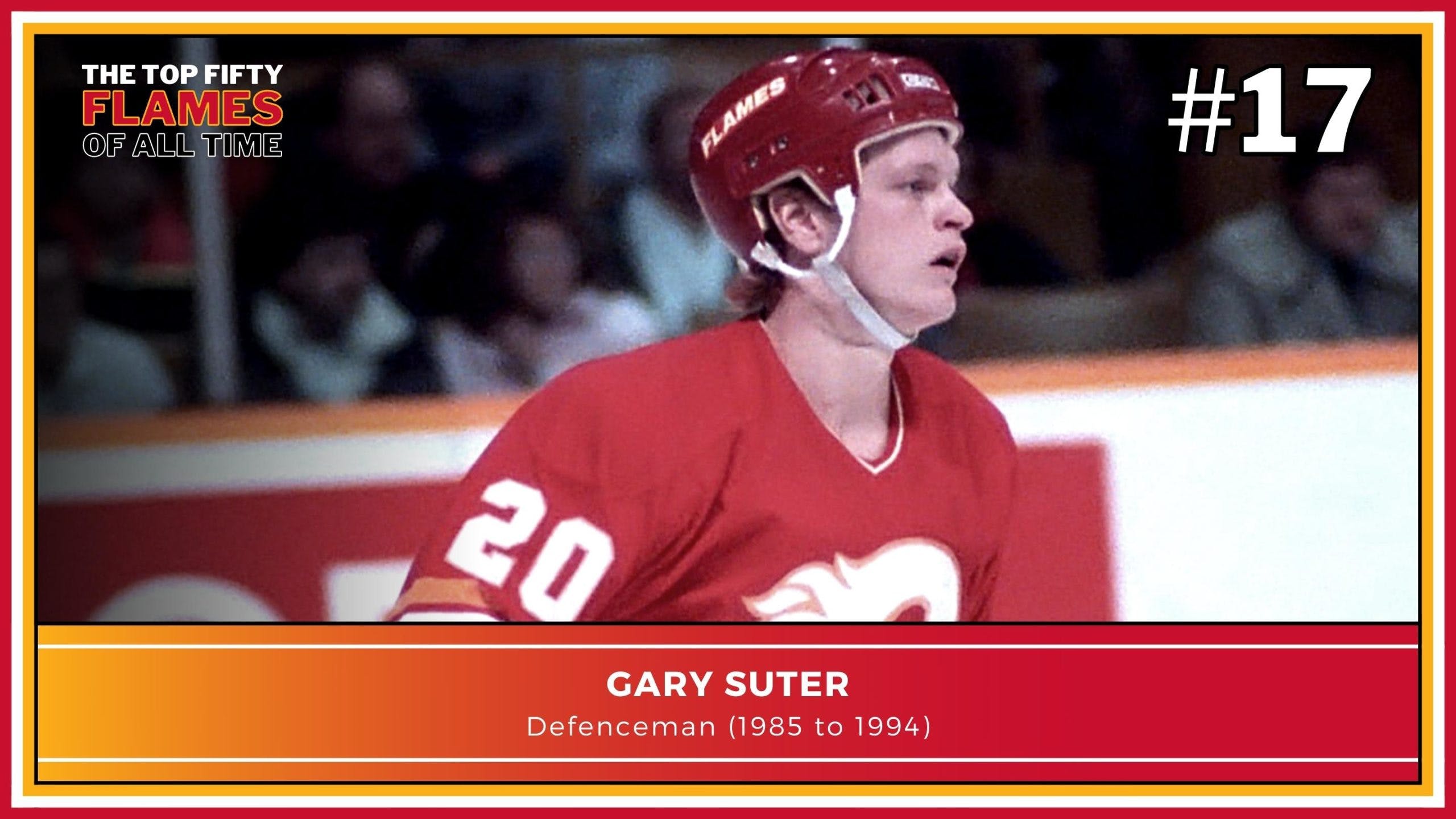 By Ryan Pike
2 months ago
Some players have fantastic runs in the league or with a particular team, but have the unfortunate luck to have their tenures coincide with an even more impressive player. Let’s take a look at Gary Suter, a fantastic blueliner who probably would’ve gotten more praise and attention had he not played at the same time as Al MacInnis.
Suter is #17 on our countdown.
Player, 1985-94
A Wisconsin kid, Suter went to college in his home state for a couple seasons and impressed. He was selected by the Flames in the ninth round of their monster 1984 draft class after an impressive freshman season.
Suter went pro after his sophomore season and figured out the NHL game fairly quickly. He posted 68 points in 80 games as a rookie, capturing the Calder Trophy as the NHL’s top freshman. That set the tone for his career as a Flame, as he was a rugged offensive blueliner that could deliver big hits and generate offence in equal measure.
In short, Suter was really good for the Flames. His best season was 1987-88, when he finished third in Norris voting and eighth in Hart balloting. He received Norris votes two more times during his Flames tenure: in 1988-89 and 1992-93. He was part of the 1986 and 1989 Stanley Cup Final clubs – getting a ring in 1986 – but injuries unfortunately limited how much he played in each playoff run.
Suter was traded to Hartford prior to the 1994 trade deadline; he, Ted Drury and Paul Ranheim went to the Whalers in exchange for Michael Nylander, James Patrick and Zarley Zalapski. Suter was swapped to Chicago the following day. He spent time with the Blackhawks and Sharks before retiring in 2002.
Was Suter as good as Al MacInnis? Well, no. He also didn’t have the type of prolonged playoff success required to cement himself as a legend in the upper echelon of Flames annals. But he was one of the top American blueliners of all-time, and he was a massive piece of the Flames strong regular seasons throughout the 1980s.