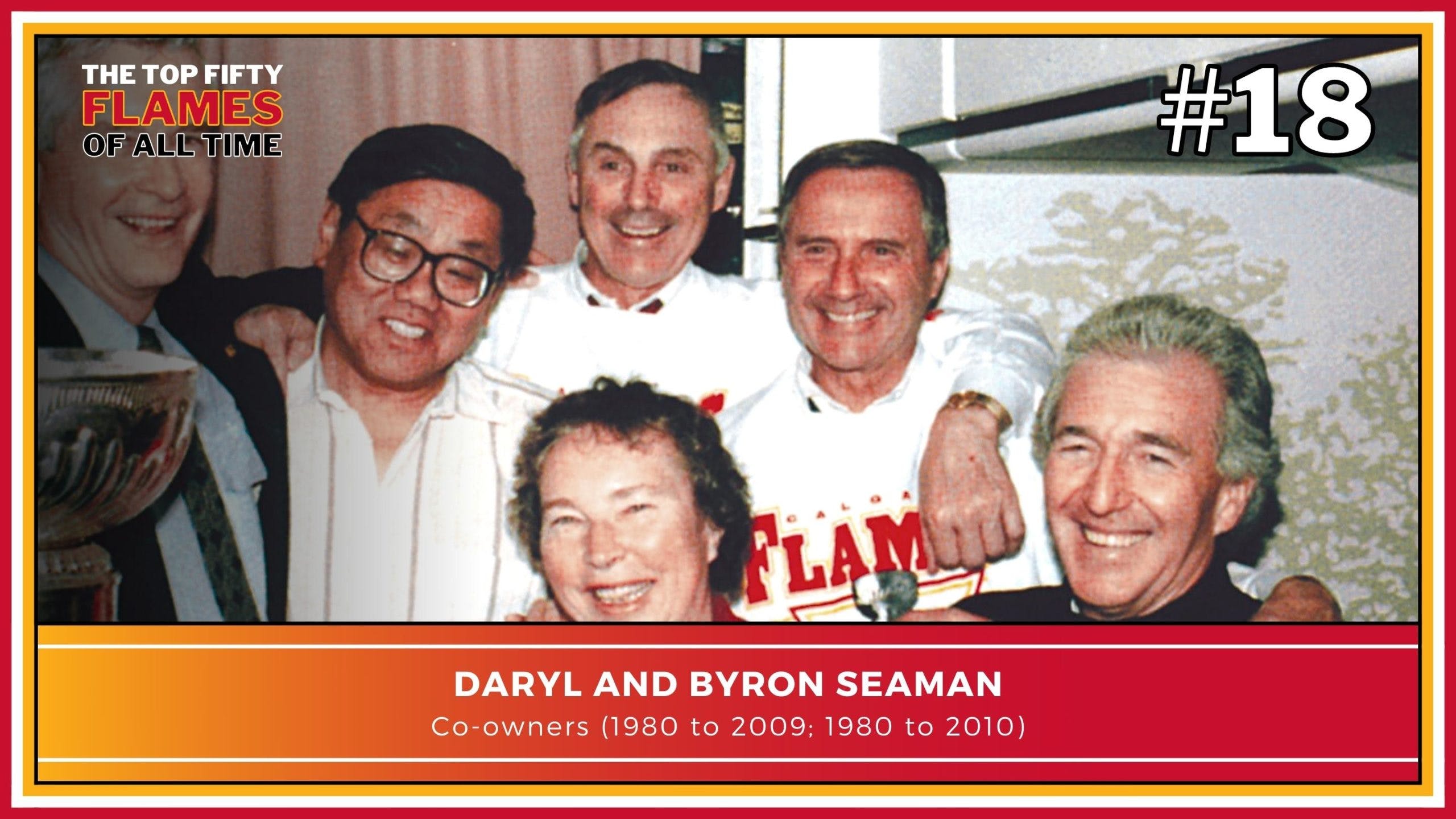 By Ryan Pike
4 months ago
To their friends, they were “Doc” and “B.J.” To fans of the Calgary Flames, they were two of the people that brought the team north from Atlanta, helped build the Saddledome and bring the Olympics to town. A pair of brothers from Saskatchewan, Byron (B.J.) and Daryl (Doc) Seaman were two titanic figures in the history of the Flames franchise.
They share #18 on our countdown.
Co-Owners, 1980-2009 (Daryl), 1980-2010 (Byron)
Yeah, we know it’s cheating to have two people in the same slot, but this is our list and it’s impossible to discuss one Seaman brother without the other. They’re both intertwined with each other, and the history of the Flames franchise.
Born one year apart in Rouleau, Saskatchewan, the Seaman brothers studied engineering at university and the headed west to Alberta to seek their fortune in the fledgling oil and gas industry. Daryl spent a few years in the air force before going to the university, flying 82 successful combat missions during World War II.
The Seaman brothers, together with their brother Donald, were successful in business and soon turned towards another shared passion: hockey. They were part of a group of boosters that worked to revitalize Hockey Canada in the late 1970s and early 1980s. They were also part of the original consortium that purchased the Atlanta Flames and moved them to Calgary in 1980.
That same early ownership group was instrumental in the construction of a new arena in Calgary to replace the aging Stampede Corral in the early ’80s, and the early construction progress of the new Calgary coliseum impressed the International Olympic Committee enough to grant Calgary the 1988 Winter Olympics, which helped inject a ton of funding into several winter sports venues throughout the Calgary area.
The Seaman brothers stuck with the Flames through the glory days of the ’80s, the lean times of the ’90s, and the club’s return to prominence in the 2000s. Daryl passed away in 2009 and Byron left the ownership group the following year. Daryl was posthumously inducted into the Hockey Hall of Fame in 2010 as a builder. Both brothers were inducted into the Alberta Sports Hall of Fame in 2007.
Simply put: the Flames wouldn’t be the Flames had the Seaman brothers not been part of the original ownership group.