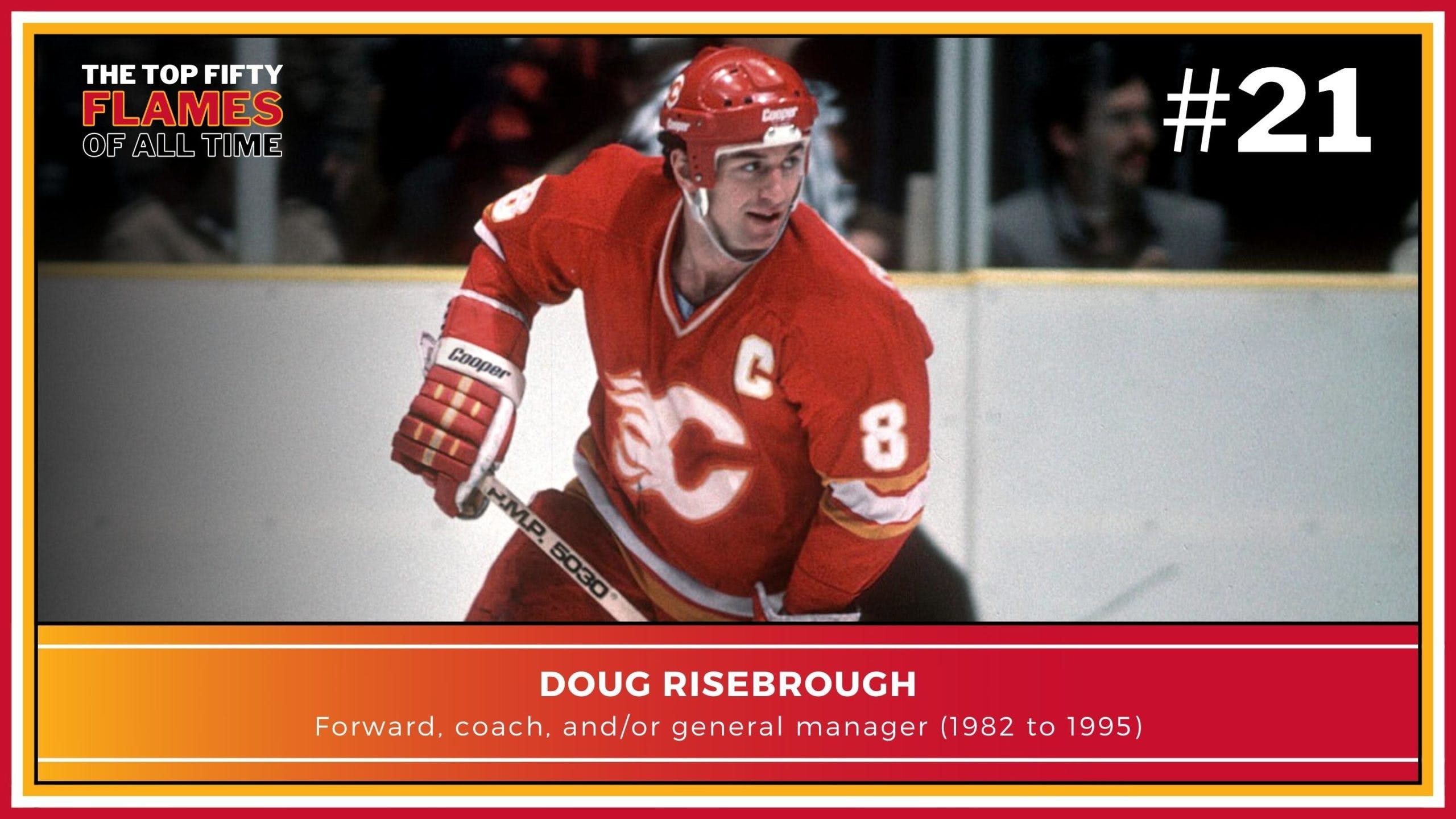 By Ryan Pike
2 months ago
In every National Hockey League market, there are a few figures that are crucially important to individual franchises that folks outside the market might not grasp. In the history of the Calgary Flames, Doug Risebrough is one of the more important figures that sometimes doesn’t get his due.
He’s #21 on our countdown.
Player, 1982-87; Assistant Coach, 1987-89; Assistant GM, 1989-90; Head Coach, 1990-92; General Manager, 1991-95
A product of Guelph, Risebrough worked his way up through Ontario minor hockey, eventually reaching the Kitchener Rangers of the then-OHA. He was a first-round selection of the Montreal Canadiens in the 1974 NHL Amateur Draft and immediately went pro.
Risebrough spent eight seasons with the Habs, winning four Stanley Cups under Scotty Bowman. In September 1982, the Habs sent Risebrough to the Flames (along with a second-round pick) for second and third-round picks. The Flames were starting to cycle out old Atlanta acquisitions as they sought to make a push in the Smythe Division, and Risebrough was part of that maturation process.
If nothing else, Risebrough gave the Flames an identity. A really savvy two-way player who played with an edge, he could score goals, kill penalties, shut down the other team’s best players, and he wasn’t afraid to drop the gloves, either. He received Selke Trophy votes in his first two seasons as a Flame, and served as one of the club’s co-captains for four of his five seasons with the Flames. He infamously shredded Marty McSorley’s Oilers jersey in the penalty box following a fight, too.
Risebrough retired following the 1986-87 season, but he immediately joined the coaching staff as part of him working a ton of different hockey positions for the club following his playing career: assistant coach, assistant GM, head coach, head coach and GM simultaneously, then only GM. He left the organization in 1995 after four seasons in the top role, tangling with the challenging economic reality of being a GM of a team that had to pay 30-35% more in real dollars for players due to the exchange rate.
Since he left the Flames, Risebrough has gone on to work for the Oilers, Wild and Rangers in various capacities. When he was GM of the Wild, he lured sports journalist (and current Flames assistant GM) Chris Snow to work for the hockey club.
Risebrough was a really good player for the Flames. He wasn’t as good as a neophyte head coach and GM as he was as a player, but his longevity and time spent in important positions land him on this countdown.