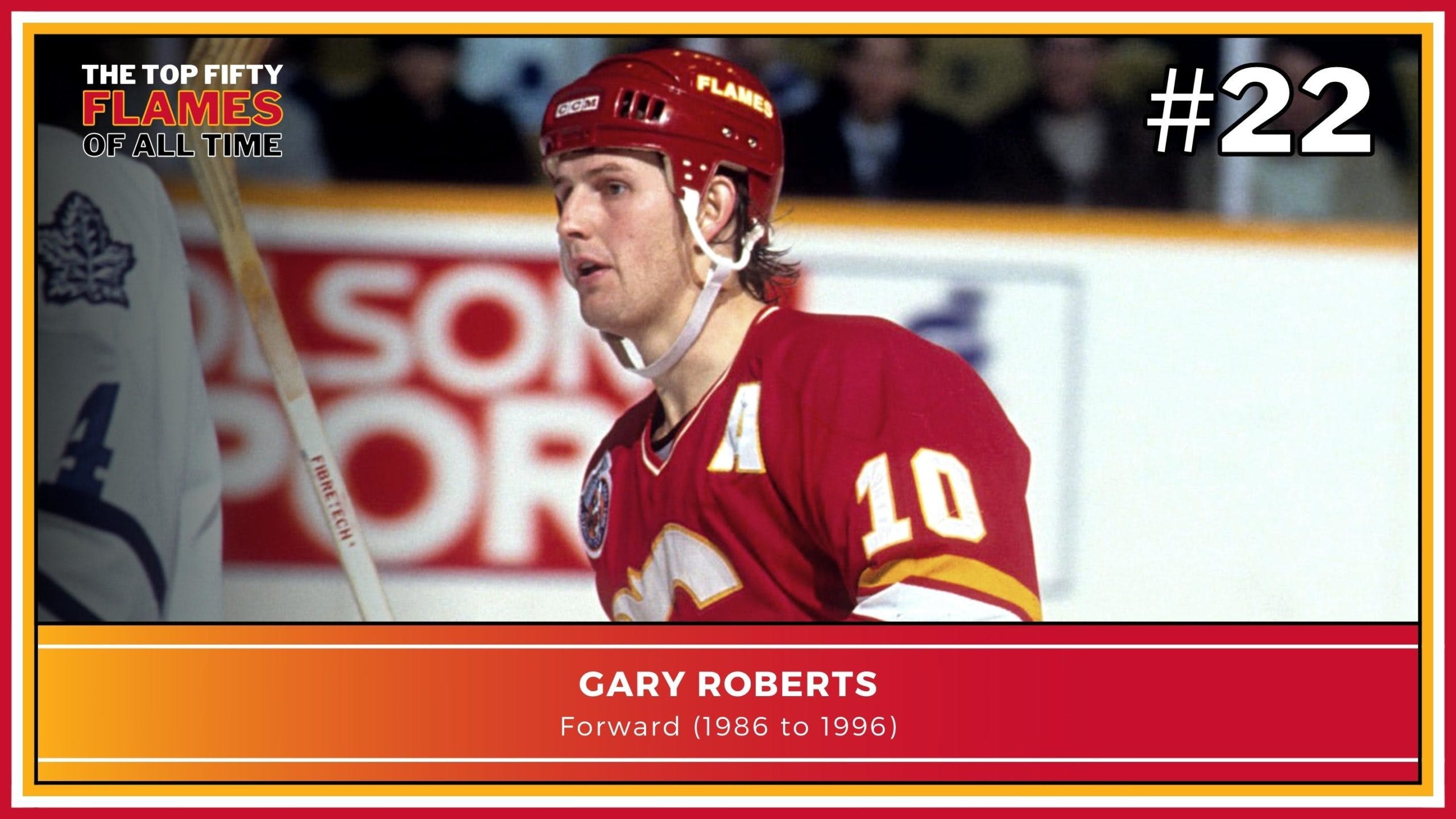 By Ryan Pike
2 months ago
Sometimes, injuries derail careers that seemed prime for greatness. One of four 1,000-game players the Calgary Flames drafted in 1984, Gary Roberts seemed destined to be one of the greats before injuries wrecked him for a few seasons.
But despite all these challenges, Roberts still emerged as one of the top Flames ever. He’s #22 on our countdown.
Player, 1986-97
A Greater Toronto Area kid, Roberts played his junior hockey in his home province and starred with the Ottawa 67’s (and in his post-draft year, also the Guelph Platers), winning a a couple Memorial Cups. He was a first-round selection by the Flames in the famous 1984 NHL Draft as part of a draft class that also produced Paul Ranheim, Brett Hull and Gary Suter.
Roberts came to his first Flames camp and was criticized for his fitness by then-coach Bob Johnson, prompting him to become really nuts about fitness and nutrition, something that would become his hallmark. He broke into the NHL mid-way through the 1986-87 season and began to showcase his unique combination of size, grit and skill.
Eventually Roberts’ role on the club grew and he became a focal point of the team’s offence, especially as more established stars were cycled out in the early 1990s. He peaked at 53 goals and 90 points in 1991-92, but he also had seasons of 22, 39, 22, 38, 41 and 22 goals. He battled to the front of the net consistently, out-worked players for pucks and positions, and was pretty damn awesome at scoring goals with regularity.
However, Roberts’ style probably contributed to some recurring neck problems, causing him to lose a lot of strength and mobility, and wiping out the majority of his 1994-95 season. He returned and played most of the 1995-96 season – scoring 22 goals and being voted the Masterton Trophy winner for his determination and grit – but he retired following that season. After his retirement, he discovered some new treatments for his neck and un-retired, with the Flames kindly trading him to the Carolina Hurricanes (with Trevor Kidd in exchange for J.S. Giguere and Andrew Cassels) in 1997 so that Roberts would have an easier travel schedule.
Perhaps due to his insane conditioning levels, Roberts kept playing until 2009, making stops in Toronto, Florida, Pittsburgh and Tampa Bay. Following his retirement, he’s built up a very nice living for himself as a trainer for the league’s top names. He may be best known for keeping everybody league-wide in tip-top shape, but he was a great Flame.