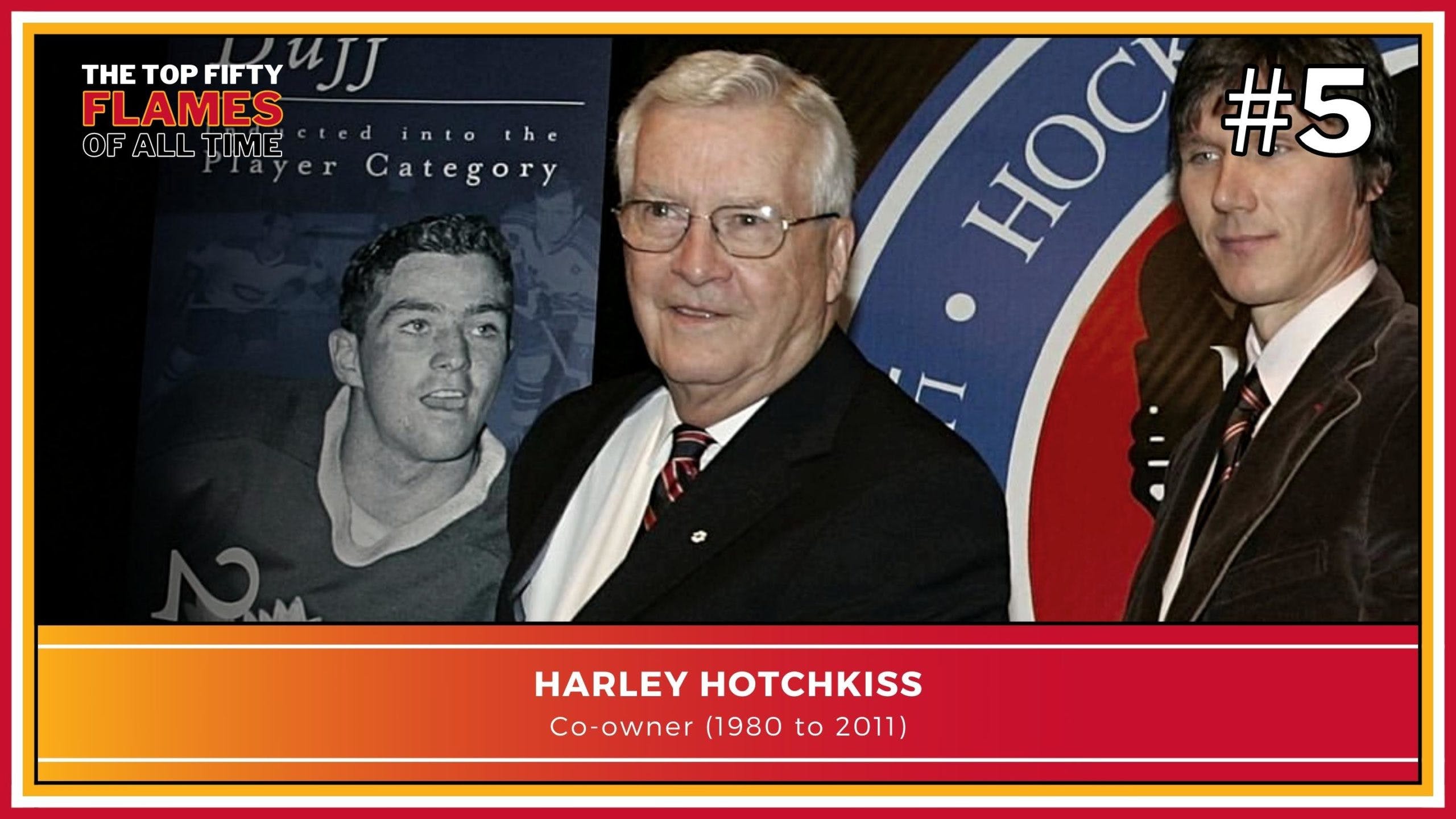 By Ryan Pike
1 month ago
Considering that the players score the goals and the coaches direct traffic, we don’t tend to glorify sports owners all that much. But in the history of the Calgary Flames, one owner was arguably indispensable when it came to cementing the franchise’s future in this city.
At #5 on our countdown, let’s talk about Harley Hotchkiss.
Co-Owner, 1980-2011; Chairman of NHL Board of Governors, 1995-2007
A geologist by training who grew up in Ontario and was educated at Michigan, Hotchkiss moved west to seek his fortune and became swept up in the oil and gas sector after moving to Calgary in 1951.
In 1980, he was part of a consortium of Calgary businessmen who bought the Atlanta Flames and moved them to Calgary. After Nelson Skalbania left the ownership group, Hotchkiss assumed the informal role of lead owner and the more formal role of the team’s governor, their representative on the NHL’s Board of Governors.
Hotchkiss became chairman of the Board of Governors in 1995, and he became a champion for small Canadian market teams following the departures of Quebec to Colorado and Winnipeg to Phoenix. Not wanting the Flames or Edmonton Oilers to suffer the same fate, Hotchkiss and commissioner Gary Bettman formulated the NHL’s currency equalization plan in 1996 in order to even the playing field – the first instance of formal revenue-sharing in the NHL.
As Board of Governors chair, Hotchkiss was a prominent figure in the 2003-04 CBA negotiations (and lockout) that led to the introduction of the NHL’s salary cap. Again, the smaller markets were arguing that whole the currency equalization plan helped them, it didn’t go far enough to ensure a level playing field. The lockout wiped out an entire season, but between the hard cap and broader revenue sharing provisions, it made life much easier (and more financially sustainable) for all of the NHL’s clubs.
Without currency equalization and the salary cap, it’s easy to imagine the Flames going under or simply moving elsewhere. Rather than continue to take on losses and limp along, Hotchkiss led a charge to even the playing field and ensure the Flames’ future in Calgary.
Hotchkiss was inducted into the Hockey Hall of Fame as a builder in 2006. He passed away in 2011.